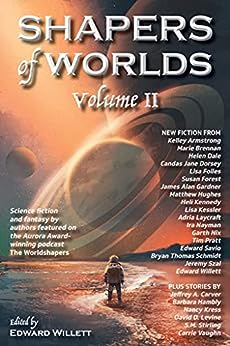 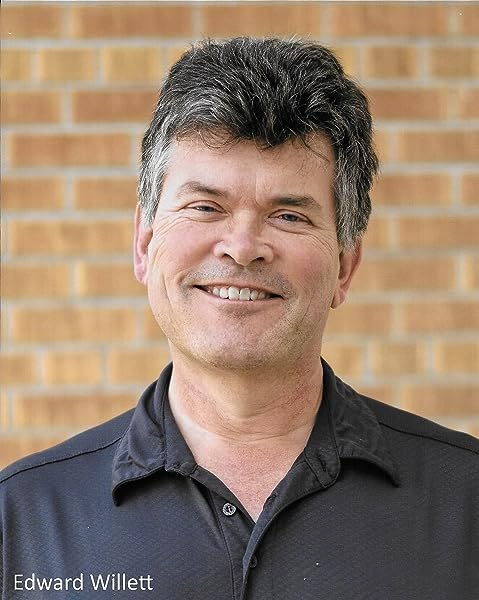 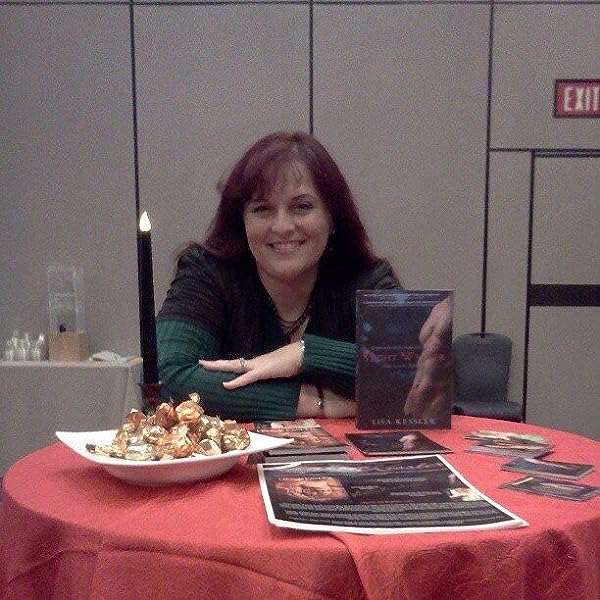 A woman seeking the power to see the evil hiding within others regrets receiving it. Letters written by a wizard in the past threaten a queen’s reign in the present. Competing for Earth, a human wrestler faces an alien shapeshifter in an interstellar tournament. A guide in Tibet must weigh the good of his people when asked to lead a westerner to the fabled realm of Shangri. An activist imprisoned for illegal genetic modification works with the materials at hand and the threads of the multiverse to make the world—a world, at least—a better place. A demonic agent sent to help a human turns the tables on his summoner.

Like the “cabinets of curiosities” created by collectors of the sixteenth century, Shapers of Worlds Volume II displays a varied array of thought-provoking delights: tales of humour and sorrow, darkness and light, and hope and despair that are full of adventure, full of life, and sometimes full of regret. There are stories set in alternate histories, in possible futures, near and far, and in the here-and-now, taking place on Earth, on distant planets, or in fantastic realms. All arise from the innate need of human beings to create, to imagine . . . to shape worlds.

Praise for Shapers of Worlds Volume I:
“One of the most wide-ranging volumes I’ve encountered in terms of sub-genre. It’s rather like a speculative fiction buffet, offering steampunk, fantasy, military fiction, magic, space opera, post-apocalyptic, hard science fiction, and others . . . Inventive and varied, the collection has a lot to offer for those seeking an interesting, entertaining, and thought-provoking read.” – Lisa Timpf, The Future Fire
Read more
Previous page
Next page
Next 2 for you in this series See full series
Total Price: $14.94
All 3 for you in this series See full series

EDWARD WILLETT is the award-winning author of more than sixty books of science ﬁction, fantasy, and non-ﬁction for readers of all ages, including the Worldshapers series and the Masks of Agyrima trilogy (as E.C. Blake) for DAW Books, the YA fantasy series The Shards of Excalibur, and most recently, the YA SF novel Star Song. Ed won Canada's Aurora Award for Best Long-Form Work in English in 2009 for Marseguro (DAW) and for Best Fan Related Work in 2019 for The Worldshapers podcast. His humorous space opera The Tangled Stars comes out from DAW in 2022. He lives in Regina, Saskatchewan. Find him at edwardwillett.com or on Twitter @ewillett. --This text refers to the hardcover edition.

4.0 out of 5 stars
4 out of 5
25 global ratings
How customer reviews and ratings work

Ramboapch
4.0 out of 5 stars Interesting anthology
Reviewed in the United States 🇺🇸 on November 5, 2021
Verified Purchase
Lisa Foiles' story was fun to read, but it raises an ethical question: Is it ok to pour sludge into the
brain of a robot and reprogram it to say to aliens, Go back to the planet where you came from?
Read more
One person found this helpful
Helpful
Report abuse

Rhonda A. Atlanta
5.0 out of 5 stars A good read
Reviewed in the United States 🇺🇸 on December 19, 2021
Verified Purchase
All good stories; more of an intelligent read than an exciting one. A reasonable and enjoyable way to while away the hours.
Read more
Helpful
Report abuse