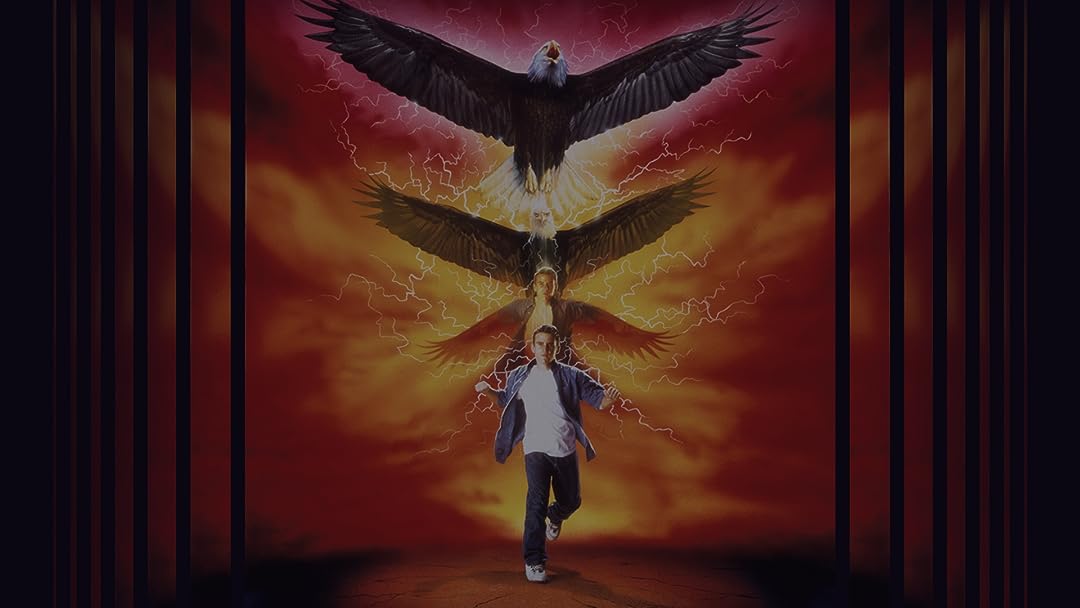 (31)
1 h 22 min1999PG
Alex is not a typical kid. En route to Romania with a mission to rescue his kidnapped parents, he finds a magical harmonica, allowing him to transform into any creature that he can imagine! Utilizing his new powers, he must save his parents, thwart nuclear annihilation, and, ideally, discover a more conventional life.

Amazon CustomerReviewed in the United States on December 30, 2020
1.0 out of 5 stars
Awesomely bad
Verified purchase
you need to understand that this is not a movie you will /enjoy/, per se. It is, however, a movie you will inflict on all your friends because of how MONUMENTALLY BAD it is. We figure the budget for Shapeshifter was probably about $20. Treat yourself! It's fun to make fun of.

Amazon CustomerReviewed in the United States on January 29, 2011
5.0 out of 5 stars
Best Worst Movie EVER!!
Verified purchase
I stumbled across this movie OnDemand some years back, and simply HAD to own it! I am a fan of incredibly terrible movies. Mystery Science Theater 3000 is a favorite series of mine, and I can't think of a better way to spend an evening than making fun of some awful movie that was either directly sent to video or aired solely on the Sci-Fi channel. Shapeshifter was a direct-to-video movie, filmed in Romania on what one hopes was a pathetically low budget, and it is one of my very favorite terrible movies ever.

The plot begins straightforward enough: teen spy Alex must rescue his parents from a stereotypical Eastern European tyrant who longs to nuke the entire planet. The "twist" is that he discovers that he fulfills an ancient gypsy prophecy, and is actually the Shapeshifter of legend! Gasp!

If the plot were that simple, this movie would only be moderately bad. However, the plot inconsistencies and random other genres thrown in make it a nonsensical ride of epic proportions. The plot, furthermore, is not the only terrible thing about this movie. The dialogue is ridiculous and forced, the acting is laughably bad, and the special effects would be better if they were done in somebody's basement.

If you have a good sense of humor and enjoy laughing at the expense of an awful movie, this is right up your alley. If you're looking for an action-packed, incredible sci-fi thrill ride. . . best to look elsewhere.

M. RitchieReviewed in the United States on March 27, 2019
2.0 out of 5 stars
Shapeshifter
Verified purchase
I think the movie was made too soon. With today's special effects the transformations into the animals could be really good, but these are really bad. I got the impression the lead actor was supposed to be about 14, but looked way older. The story is not very violent, so I imagine young children would enjoy it.
One person found this helpful

A. HollowayReviewed in the United States on February 25, 2021
2.0 out of 5 stars
Teen star is sooooooo bad
Verified purchase
Oh geez. I have seen better effects in old drive in movies burvyhdbeorst part is the unbelievably bad acting by the supposed teen star. Please so done send him to acting school !!!?

vickie chandlerReviewed in the United States on January 14, 2018
1.0 out of 5 stars
Missed its potential
Verified purchase
that was just horrid. Had the potential to be a great story and they failed . Acting was stiff and filmography was blah. Story jumped around a lot and had too many plot holes. Kid is supposed to be a teen and he looked as if he was in his late 30's .
One person found this helpful

DestinyReviewed in the United States on March 13, 2021
1.0 out of 5 stars
Bad acting
Verified purchase
One word to describe this movie horrible. The acting was bad, the storyline was meh...

FritzReviewed in the United States on August 27, 2020
4.0 out of 5 stars
The kids like this
Verified purchase
I have to give this a four-star cause the kiddos enjoy watching this as for me I didn't care much for it.
See all reviews
Back to top
Get to Know Us
Make Money with Us
Amazon Payment Products
Let Us Help You
EnglishChoose a language for shopping. United StatesChoose a country/region for shopping.
© 1996-2022, Amazon.com, Inc. or its affiliates