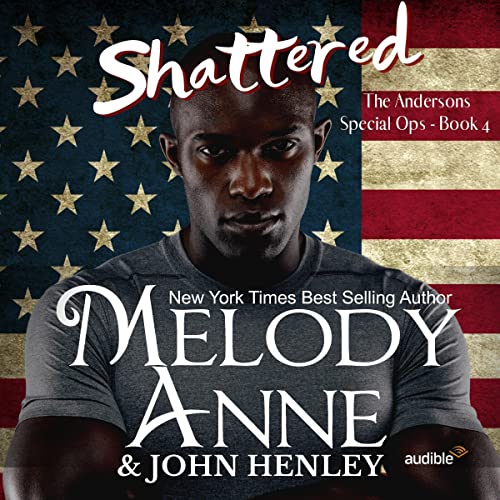 Tyrell Rice, known as Smoke to his military contacts, is on a mission. Number one is to break down the walls of a drug cartel circle that’s been affecting those he cares about for far too long. His number two mission, not to succumb to the marriage flu that’s been infecting all of the men around him.

Smoke is former military, and a former NFL superstar. He’s been around the block many times around. He loves life, loves women, and loves running missions. He always has a smile on his face, and true to his name, though he’s anything but small, he can disappear in a puff of smoke at a moment’s command.

One thing Smoke isn’t counting on is falling for Katherine Anderson’s personal doctor, a stunning woman who doesn’t take flak from anyone at any time. Though Smoke is twice her size, she has no problem going toe to toe with him. He’d never have believed it if someone had told him what a turn on that was.

On the mission front, Smoke and his team are closing in on the huge circle nobody could’ve imagined. The noose is tightening around Senator Anna Miller, and the Anderson world is going to be rocked by the discoveries coming out.

New York Times best-selling author Melody Anne embarks on a brand new series packed with alpha males and strong women, who are in a battle for more than just love. She’s collaborating with brand new author, John Henley, a military veteran who’s served and worked shoulder to shoulder with some of the military’s most elite and finest warriors, in some of the world’s most austere locations. Together they’ve built a storyline that will whet your appetite for danger, passion, romance, and suspense. You’ll weep and laugh as you go through this journey with a unique set of characters unlike anything Melody has written before. Not only will you see all of the Andersons you’ve come to love, but you’ll also get a new team of special ops men who won’t allow evil to lurk in the shadows. This team is headed by an Anderson favorite, Chad Redington, who’s married to Bree Anderson.

Busybeth72
5.0 out of 5 stars The Anderson Epic continues
Reviewed in the United States on April 24, 2021
Verified Purchase
The Anderson Clan is not the main focus of this story. However, the action, excitement and romance that fills the book certainly revolves around the Anderson's, but it's primarily the special ops team of top retired military men that the Anderson's have bankrolled to clean up the drug crime in Seattle that pulls this together. Although the mission of the team to topple crime lords is fascinating there are also storylines from the previous Special Ops novels and hints at what will come next. These stories keep this book fast paced and interesting. The romance between Smoke (top operator Tyrell Rice) and Amira Ito ( reknown neurologist) is lovely. Tyrell (who'd have thought the magnificent specimen of an alpha male was a momma's boy?) never expected to meet a woman that was his perfect match. But with Amira, he has. His efforts to woo her and win her prove he's not as practiced in long term romantic wiles as he thinks. Amira also believes she's not meant to meet her soulmate. Fortunately, a new matchmaker has entered our saga, and no it's not Joseph. Lots of entertaining action, hints of sadness, unexpected twists and true love make this a great read.
Read more
One person found this helpful
Helpful
Report abuse

Mary G.
5.0 out of 5 stars Oh how I loved this book Melody Anne! ⭐⭐⭐⭐⭐
Reviewed in the United States on July 21, 2021
Verified Purchase
Reading this story of Smoke aka Terrell Rice and Amira Ito was such a joy! Of course Smoke is one of the Special Ops people brought in by Joseph Anderson to get rid of the drug problems in the Seattle area. Amira is a Neurologist who works with Alzheimer's patients. Once Smoke met Amira, there was no way he was not going to date her! They both have a lot of baggage, but once they finally go out together, even though Amira tries to fight it, you just know they have to be together! Read this story, with the ups and downs, to get to their fiery chemistry! You'll cheer for them have a happily ever after! I highly recommend this book! I absolutely loved it, I couldn't put it down! I promise you'll love it too! ❤❤❤❤❤
Read more
Helpful
Report abuse

Kindle Customer
5.0 out of 5 stars Shattered...
Reviewed in the United States on July 24, 2021
Verified Purchase
Anderson Special Ops book 4. My favorite book of the series. Chapter 18, OMG, all the feels. Smoke is a bad ass alpha beyond military grade of awesomeness. As part of a super fanfreakingtastic squad he is here to help the Anderson family and secretly the community as well. Amira is a pretty fabulous doctor who has her own shut down issues. As these two fall for each other, add in the cray cray on level 10, some bad guys and some serious shenanigans. Full of drama, hope, action, hella angst and oh my Lord some hot as hell tingle worthy moments. This book made me laugh, cry, jump up and down and cuss out my kindle.
Read more
Helpful
Report abuse

Judith Cadle
5.0 out of 5 stars Shattered
Reviewed in the United States on April 17, 2021
Verified Purchase
Melody Anne has done it again. This is a great story. I love how all the characters enter act and I laugh along with them and how my favorite, Joseph, is always in the thick of things. The surprise ending is very intriguing and I have pre-ordered the next book. Can't wait until late June to read it. Enjoy
Read more
2 people found this helpful
Helpful
Report abuse

Lovingbooks1
5.0 out of 5 stars Good books
Reviewed in the United States on August 17, 2021
Verified Purchase
*This is a review of the all the five books in this series *
Great stories about love and the challenges all the couples has to go through to find their happy ending.
Many familiar characters makes their appearance.
The author’s writing style is easygoing and makes these books a joy to read.
No unnecessary descriptions of surroundings
Good dialogues
Lots of emotions
All this makes good books.

Carmen
5.0 out of 5 stars Another great book
Reviewed in the United States on May 1, 2021
Verified Purchase
This is the 4th book in the series and it didn’t disappoint, this is Smoke’s story, he is a confirmed bachelor until he meets our h. The h is a very beautiful, intelligent doctor who didn’t believe in love, not until she met our H. The characters were very well written. The couple was able to lower their guards and find their way to each other. Looking forward to the next book in the series.
Read more
Helpful
Report abuse

Kindle Customer
5.0 out of 5 stars O.M.G so good
Reviewed in the United States on June 15, 2021
Verified Purchase
Every time I pick up and read one of Melody Anne's books I am ALWAYS so impressed with the story line. Especially with how it flows like a real diary of Joseph's and his family's lives. I'm hoping that they is another branch that forms soon. I've said this before I this the Anderson's series could be a AWESOME movie and series on TV, just putting it out in the atmosphere (lol). One more to go. Again thank you Melody Anne for a wonderful read.
Read more
Helpful
Report abuse

Julias fourth. Anna
5.0 out of 5 stars This Whole series is GREAT.💖
Reviewed in the United States on April 18, 2021
Verified Purchase
I love this story. I think it's really nice that a book can have at least 4 stories going at once. Never dull or boring. I recommend the books to all my family and friends who love to read.
Read more
One person found this helpful
Helpful
Report abuse
See all reviews

Amanda
5.0 out of 5 stars 👍
Reviewed in the United Kingdom on June 6, 2021
Verified Purchase
Another good read, well done Melody and John ,it's another book I couldn't put down from start to finish, looking forward to the next book sorry no spoilers x
Read more
One person found this helpful
Report abuse

lee
5.0 out of 5 stars Brilliant
Reviewed in the United Kingdom on July 2, 2021
Verified Purchase
Absolutely loved this book with all the different paths to go down but the end of the book was beyond belief, not what I was expecting, can't wait to read the next r.
Read more
Report abuse

Teri
4.0 out of 5 stars Book 4.
Reviewed in the United Kingdom on November 27, 2021
Verified Purchase
This is Smoke’s story and I just love the Anderson gang and this book did have twists and turns I did not see coming at all.
Read more
Report abuse

Sheila Connolly
5.0 out of 5 stars Great reading
Reviewed in the United Kingdom on April 23, 2021
Verified Purchase
Don’t expect to be able to put down and come back to any of these books they are gripping and their is no point you can break off to do anything else. So much sure when you start the books you have time to finish it. I can’t wait for the next one.
Read more
Report abuse

jeanette
5.0 out of 5 stars Highly Recommend!!!!!
Reviewed in the United Kingdom on May 22, 2021
Verified Purchase
I love Melody’s books, she is one of my favourite authors.

I loved this book from start to finish.

I love the characters and the story.
Read more
Report abuse
See all reviews