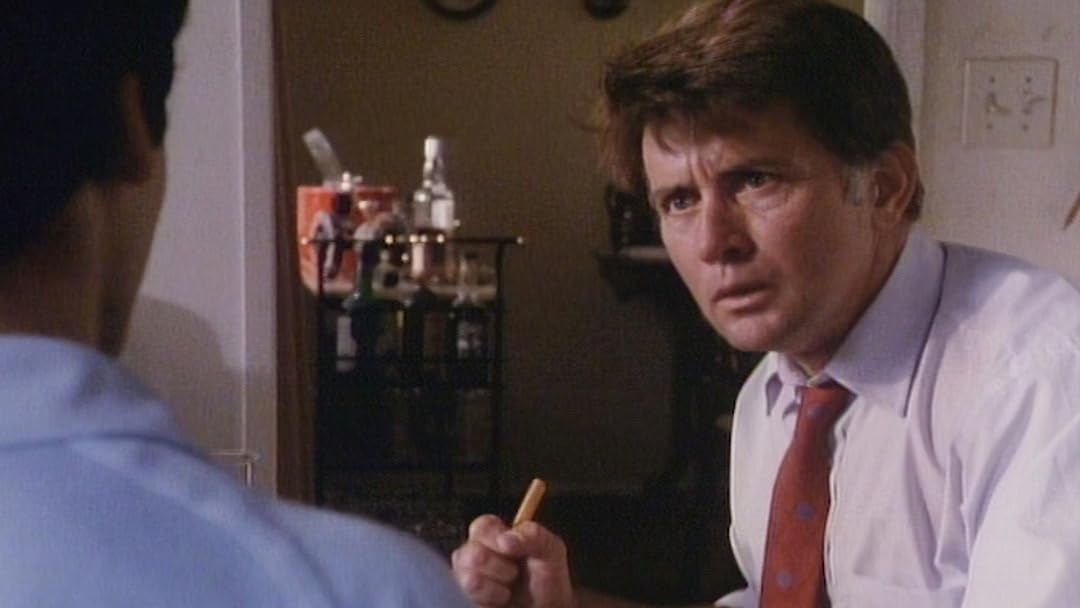 (91)
1 h 32 min19867+
Alcoholic father Lyle Mollencamp's worsening alcohol addiction decimates the lives of his wife and children. When his continued drinking jeopardizes his job and ruins an otherwise happy birthday, Lyle's oldest son, Kenny, takes matters into his own hands in order to show his father the severity of his dependency and the likely irreversible harm that he's done to his family.

scott a smithReviewed in the United States on November 10, 2018
5.0 out of 5 stars
Family Roles in an Alcoholic Family
Verified purchase
This is a movie I have seen well over 100 times as a mental health therapist with clients in treatment. It is very moving. It goes well with the book, Another Chance by Sharon Wegscheider-Cruse. The movie is not an academy award winner and it might frustrate viewers if they don't understand alcoholism in the family because family members are in denial, tacitly and overtly support the the dysfunction, and at times preposterously cannot see the 800 pound gorilla in the room and do nothing about it. This is why this movie works. It shows what alcoholism in the family is all about. This movie is good for the recovery of both the addict and family members that have been hit with alcoholism. I highly recommend reading Another Chance to supplement nuances that might not be picked up on by just watching the movie alone. Don't let the datedness of the movie push you away from this powerful and helpful movie. It is the best I have seen on this topic. I highly recommend it. If you have been affected by alcoholism in your family, watch this and it will seem like the makers of this movie where looking in through your window to gain inspiration on how to complete Shattered Spirits. A big thumbs up.
8 people found this helpful

SoxtrailblazerReviewed in the United States on October 31, 2016
5.0 out of 5 stars
Real Talk! YAAAEE way to go Martin Sheen. Teach Us!
Verified purchase
I was SOOOOO waiting on this but it never came then they ended up cancelling my order since the seller hadn't delivered. I didn't reorder but had planned to use this (although it's an old movie) in class to show to my clients. It's an excellent example of how an alcoholic home operated and why. I may reorder again one day. I showed it to my clients when I worked as a substance abuse counselor in the prison and I think they "got" it. Thanks Martin Sheen for sharing "real life" with us. A-n-n-d at the end when he finally got it and understood what he was putting his family through...and they invited him to come in the house.... the way he humbled himself and started crying and said "I don't deserve to come in".... WHEW! OMG touching! love love love the meaning behind the video! any alcoholic family member should check it out!
4 people found this helpful

JJReviewed in the United States on May 29, 2014
5.0 out of 5 stars
Excellent movie
Verified purchase
This movie is very realistic and should be seen by the families of alcoholics. Martin Sheen does an excellent job of the typical addict who blames everything on his problems, on his family, willing to sacrifice his son so that he won't have to take the blame for his drunkeness. This is a man who is accustomed to getting away with anything because of his charm. In court he even tries to charm the judge into believing his crap about their being nothing wrong with his family. Needless to say, the judge isn't buying it. It's the best film I've ever seen that tells the truth about how a family can enable an alcoholic. In a brief scene that you might miss, it is mentioned that the wife's father was an alcoholic. She is willing to protect her husband to the point of betraying her own son and it's hearbreaking. The youngest boy staying under the bed all the time is a true picture of what life is like for a child in such a family. All through the movie you see the daughter trying to take care of her father and make excuses for him as she sees her mother doing. She also tries to take care of the cooking, the housecleaning and the care of the other children. This happens to the point where the daughter is actually jealous of her mother when she finally steps up and starts taking care of things herself. It is right there for anyone to see that the daughter will grow up to marry an alcoholic and the whole tragedy will continue. Even at the end you never really believe that the father is actually admitting to himself that he is an alcoholic. He does enough to get his life back but you have the feeling that it won't last. And, you are never really sure that the wife has actually had enough and wont put up with it anymore. She is as much an addict as he is but she is addicted to her role as he is to alcohol. You can imagine the years of therapy it will take for the whole family and how futile it probably will be. I'd love to have seen a follow up of this story in another movie. This is really a true story of what it looks like inside the family of an alcoholic. A Must See.
2 people found this helpful

MonicaReviewed in the United States on December 7, 2018
5.0 out of 5 stars
WISH THERE WERE MORE From THESE ACTORS
Verified purchase
I LOVEEEE this movie. I am gonna relax on the couch with some snacks and watch it again! Ha ha ha it’s so entertaining. Actually, it wouldnt be a bad idea to show this in junior high classes? Maybe Health.
I love the retro feel of the entire film. The kids were great actors and actresses! Melinda Dilon , listen she has always been an excellent actress! She played the same shooken and nervous wife in the The Christmas Story which I watch every year without fail and I have since I were a little girl. I am now 35!
2 people found this helpful

James C. WardReviewed in the United States on May 25, 2008
5.0 out of 5 stars
should be mandatory viewing in all treatment facilities
Verified purchase
although a bit dated (film made in '86)..the movie depicts very clearly what it is like to be an active alcoholic, and what that does to a person's family. We see the legal problems, the work problems, the family problems that are caused because of someone's drinking.

Also shown is the co-dependency of several family members, as they make excuses for and cover-up the father's behavior. We see the verbal and physical abuse they have to endure.

I found it very difficult to watch...had to hit pause and come back later and watch more of the film, a segment here, a segment there. It's a very sad film, but an accurate one. You should buy this for your recovery library.

Kathleen L. DedrickReviewed in the United States on March 17, 2021
5.0 out of 5 stars
Alcoholism doesn't have to win
Verified purchase
this movie rings so very true. I hope families can see the way substance abuse can destroy them and they all need do their part in recovery. They all need to be involved. It's a family affair. everyone plays a part. This movie and Martin Sheen portrayed it quite well.. the explosive anger, the blackouts, the enabling..it's all there..Watch this movie!!

D. OwenReviewed in the United States on January 7, 2008
5.0 out of 5 stars
Excellent in Recovery Group Discussions
Verified purchase
As an Addiction counselor I have used a VHS version of this film, showing clips to generate a discussion amongst those who are in recovery for their own alcohol addiction or those who are recovering from living with a heavy/problem drinker. It is a little dated now but it still manages to affect each audience everytime in a real and therapeutic way. Certainly not a plesant film to watch from end to end, it is difficult to watch in parts, but well worth being familiar with: like "When a Man Loves a Woman" with Meg Ryan and Andy Garcia. Good visual window into how addiction operates in a family and how everyone, not just the drinker, is affected.
11 people found this helpful

LynnReviewed in the United States on January 13, 2021
1.0 out of 5 stars
Exaggerated caricature
Verified purchase
A ham-fisted primitive narrative that exacerbates a complex issue through the use of cheap emotional manipulation. For those who dwell presently in corruption, it further diminishes their unique experience too flaccid generalization. It is gross and contrived.
See all reviews
Back to top
Get to Know Us
Make Money with Us
Amazon Payment Products
Let Us Help You
EnglishChoose a language for shopping. United StatesChoose a country/region for shopping.
© 1996-2022, Amazon.com, Inc. or its affiliates