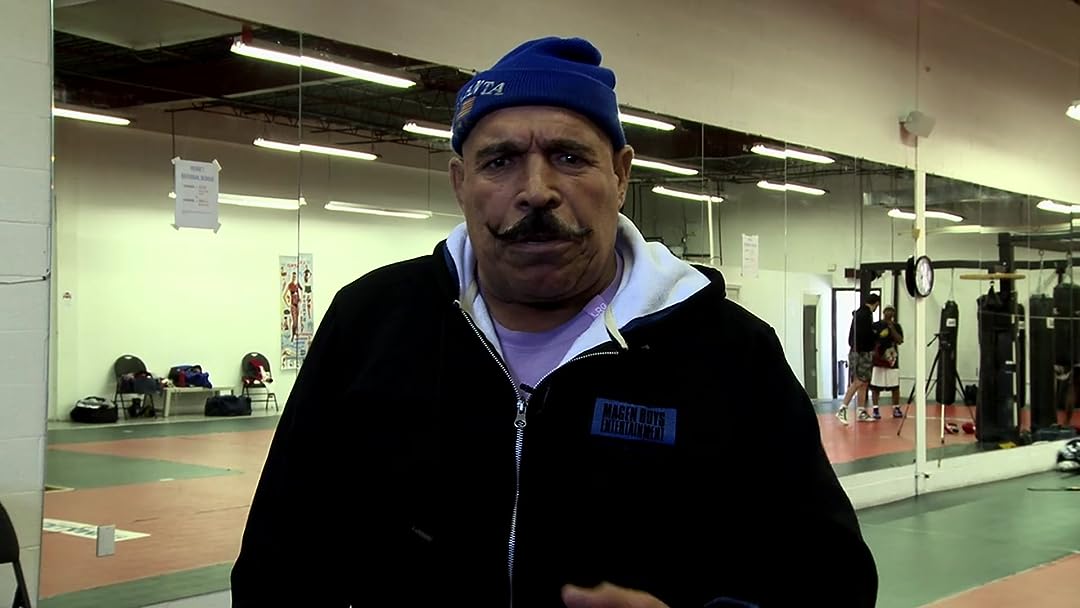 (201)
7.11 h 35 min20167+
Once the most outlandish of professional wrestlers, Khosrow Vaziri ("The Iron Sheik"), now at 72, is the most outrageous personality on Twitter. But the story behind the oversized personality is raw, touching, emotional and unbelievable.

Tim P.Reviewed in the United States on April 29, 2018
5.0 out of 5 stars
He was the perfect heel or "badguy" that everyone loved to hate
Verified purchase
I was watching wrestling long before WWF/WWE became the wrestling staple that exists today. I can remember when The Iron Shiek would come wrestle in Columbus, GA at the Columbus Municipal Auditorium in the mid and late 70's. He was the perfect heel or "badguy" that everyone loved to hate. His disdain for America would put us over the top. You couldn't wait to see him get pummeled, though it rarely happened. I think that's what kept up feeding on wrestling. Although he was never one of my favorite wrestlers, because he was heel, I learned something about myself and him in this documentary. It turns out he was one of my favorites, I just never realized it. After seeing this production and learning all about who he was before wrestling, how he did so much for wrestling, and his personal battles within his private life and the demons he defeated outside of the ring. I have a ton of respect and admiration for him. I have as much respect, if not more for his wife Cheryl and is daughters, a family who never gave up on him. They are truly a come back story. This documentary lets you see inside the world of one of the most famous wrestlers of all time. A man who spent his lifetime creating, and living as, a villain better than anyone in the business. This man who is one of the greatest "showmen" of our time seeing how real he is makes for a really good story. Kudos to the young men who stepped in and brought Mr. Vaziri back into the world of entertainment.
6 people found this helpful

Expat FamilyReviewed in the United States on February 22, 2015
5.0 out of 5 stars
The Sheik- Great Documentary on Multiple Levels!
Verified purchase
I grew up on wrestling, as Hamden is right next to New Haven, Ct where the old WWF (before the name change to WWE) was headquartered. I got to see many of the wrestlers in action in New Haven and also went to school with many of the wrestler's children- including Middle School with Dwayne Johnson for a short time. Thus, I was interested in this video from a historical/reminiscence point of view. It did not disappoint.

However, the real surprise in the Documentary was that this video really has nothing to do with wrestling, but rather the ability to reinvent ones self via the new web 2.0 technologies! It was a new generation getting their "Sheik" on Twitter and YouTube that reinvented The Sheik and brought him back to relevance and landed him as a regular on Howard Stern for a while. I remember the ranting of the pointless wrestling interviews fondly- my brothers and I would always recreate the interviews before we wrestled each other. It was part of the draw of wrestling and the fun! Who can forget Classy Freddie Blassie- "You Pencil Necked Geek!" and the Iron Sheik yelling at the audience to "Shut Up" and ending every interview with- "Iran !"#1,Iran #1?

Now the next generation is enjoying the same ranting- "I put you in the camel clutch... and make you humble!" that fascinated and amused us, but they are consuming it differently since the Sheik is well past wrestling anymore. Highly recommended and I walked away with a new appreciation for the power of the web and its ability to showcase talent- however obscure and wherever its found!

Baba GanushReviewed in the United States on October 4, 2021
5.0 out of 5 stars
A Real Documentary
Verified purchase
The approach was honest and biting. It had an agenda but it wasn't overreaching or pushing the story with made up facts. The Iron Sheik from Tay-ron, EarRon was and is the real deal. I thought this was a fantastic portrait of a man, a legend and a true American. He embraced American values and this film did its best to show that.

Shazad MohammedReviewed in the United States on February 8, 2020
5.0 out of 5 stars
Iron Sheik Number one!
Verified purchase
Whether you liked him or hated him, the Iron Sheik is an icon to many inside and outside of the wrestling world. This documentary covers a good part of his story and I am glad to have seen it. Good production values with some fun cameos.

TonyReviewed in the United States on February 23, 2015
5.0 out of 5 stars
Amazing Documentary, 100% WWE Unapproved
Verified purchase
Great documentary! I've never heard so much about Iron Sheik and this bit of history pulls back the veil in great detail. The film covers so many areas of Sheik's professional and personal life masterfully, even the ugly bits. The documentary covers Sheik's life from his time wrestling in Iraq to WWF/E and his current life in retirement. There are some very sad moments in there, but it's great to see Sheik rebound by the end. As the credits roll, one can only say "thank you" to Sheik for doing so much to entertain fans.
2 people found this helpful

Jack DuluozReviewed in the United States on January 4, 2015
5.0 out of 5 stars
The Real
Verified purchase
This is an excellent film. The Magen family told the story of an incredible athlete. I really appreciated the information on Gholamreza Takhti . Khosrow must of lived with immense fear after seeing what happened to Takhti. Although the Shah treated him well the Sheiks athletic accomplishments created a bullseye on his back too. I'll never forget the Sheik coming into New York in 83. I remember him swinging those Persian clubs. No one and I mean No One could swing those clubs behind their back like the Sheik. Backlund tried, but looked like a struggling Howdy Doody that picked the wrong start to an angle. Then of course there was the Sgt. Slaughter feud. I was lucky enough to see one of those matches at Nassau coliseum, "A Boot camp match." The 15,000 in attendance were going "Banana" to say the least. I couldn't believe all the full beers, sodas and anything fans could find to throw at the Sheik was happening. People talk about heat in wrestling a lot. I think that word is thrown around a little too lightly. But I was there that night at Nassau. And I can tell you, there was nothing funny about the Iron Sheik. Slaughter got the duke but the Sheik sent us home happy.
4 people found this helpful

JazNepReviewed in the United States on February 18, 2015
5.0 out of 5 stars
The Legend Is Forever!
Verified purchase
Step between the ropes and into the heart of the squared circle as legendary grappler Hossein Khosrow Ali Vaziri aka "The Iron Sheik" opens up in this no-holds-barred, tell-most documentary that chronicles the many trials, tribulations, tragedies, and triumphs that mark this amazing man's life - from his amateur wrestling background in his native Tehran, to his role as personal bodyguard for Shah Mohammad Reza Pahlavi and subsequent emigration to the U.S. in search of the American Dream (*NOT* Dusty), through his rise to fame (or infamy?) as THE most-hated villain of the golden age of professional wrestling, all the way to his recent WWE Hall of Fame induction and new-found popularity as social-media sensation and "shoot" interview star! It's ALL here: the good, the bad, and the ugly - The handlebar mustache...The curled-toe boots...The Camel Clutch...The Persian Clubs...The World & Tag Team Championships...The drugs, drinks & debauchery rampant in old-school rasslin' on the road..."The Bounty"...The origin of "Jabroni"...The infamous NJ drug bust...His daughter's murder...His razor-sharp wit...His famous hot-temper...His adorable grand-kids & their beloved "Papa Sheik"...but don't take my word for it! Hear from some of the biggest names in the history of "the business", like Hulk Hogan, Dwayne "The Rock" Johnson, Mick Foley, Jim Ross & more! Love him or hate him, wrestling fan or otherwise, after watching this film, you can't help but RESPECT this larger-than-life LEGEND! And if, for some reason, you still don't...well, he may just find you, put you in his Camel Clutch, break your back, and make you humble! Love for The Legend! Watch "The Sheik" NOW, jabroni!
5 people found this helpful
See all reviews
Back to top
Get to Know Us
Make Money with Us
Amazon Payment Products
Let Us Help You
EnglishChoose a language for shopping. United StatesChoose a country/region for shopping.
© 1996-2021, Amazon.com, Inc. or its affiliates