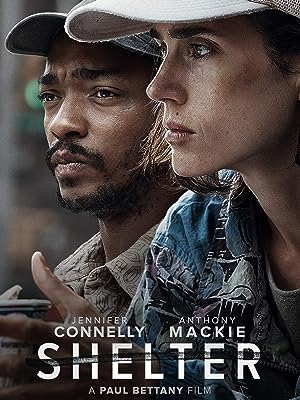 (395)
6.51 h 45 min201518+
Academy Award Winner Jennifer Connelly and Anthony Mackie (The Avengers) star in a riveting story of survival. Two strangers will find each other and rise above their struggle to get off of the streets of New York City.

DION HODGESReviewed in the United States on November 17, 2017
5.0 out of 5 stars
I lived this.
Verified purchase
It's extremely disheartening to see that even after watching this movie, some people still question it. "A middle class white woman couldn't possibly have hooked up with a homeless African guy"
I was middle class before I became an addict, and I am now with a black man, although not homeless or African, I wouldn't love him any less if he were...
"She couldn't possibly have started using heroin because her husband died"
Seriously? What are the reasons you thought people started using drugs for? Because they're all 'from the ghetto' or 'think it's cool?!' I'm surprised at how naïve the general public actually is. I have met many addicts of every class, color, age, race, and gender that have started using for all different kinds of reasons. And yes, heroin and crack as well. Many prescription drug addicts eventually fall into the grips of heroin as well because it is cheaper and can be more potent with a faster high.

As far as this movie: It was very sad, but extremely realistic. The director wanted to show that anyone could be an addict. Hence the scene with the two French men. "Because I'm homeless?" "Or because I'm just a stupid American?" This also shows the reality of the lack of help with healthcare for the poor and homeless. I wish he would have put in there how hard it was to actually get help when trying to get off of drugs, but still very realistic. Even up until the end. All of these things are very real and have happened to me. So if you still didn't believe, I hope some of you do now. This is a very powerful and moving story. I wish we could all look at these problems, and somehow come together and help...

Carrie LoftyReviewed in the United States on June 29, 2020
5.0 out of 5 stars
Gorgeous character study and love story
Verified purchase
I read some reviews that Paul Bettany's directoral debut was a series of unfortunate events that tumbled excessive misery on Tahir (Anthony Mackie) and Hannah (Jennifer Connelly). Unfortunately, I found their fight against various agencies and systems far too believable. Each event flows into the next, never in a way that felt jarring or making me think "oh, come on!" by straining credibility. Bettany also wrote the screenplay, which revealed a depth of talent I don't think many realize. I didn't.

Hannah and Tahir come from radically different backgrounds but find themselves in the same place: homeless and in need of comfort and protection. They offer that protection to each other after very tentative, very tender moves toward trust. Connelly is virtually unrecognizable as an emaciated junkie, and Bettany uses her physique as another way of telling her story. She plays Hannah has broken yet able to fight because of her determination to stay with Tahir. I've only ever known Mackie thought his work with Marvel. Here he is subdued and thoughtful, with a past darkness that drives his need for redemption, some of which he finds with Hannah. With echoes of Jude the Obscure, they refuse to compromise their relationship, even when it means certain choices are more difficult to make.

This is not an easy film, in part because of brilliant performances, but that difficulty is leavened by a bittersweet love story, the likes of which I cannot recall. It's also a gorgeous character study, where Bettany gives as much attention to each character separately as he does to the couple together, which can be a tricky balance when characters are changed or subsumed by a relationship. His choice of angles, styles, and music add depth to moments when there is no dialogue, and he isn't afraid to let a shot go long when a few key decisive moments warrant extra attention. It's a brave choice, forcing you not to look away, when shorter scenes would have been easier for the viewer to dismiss or avoid connecting with.

I recommend this to anyone who feels in need of something fresh and challenging, and who would like to be rewarded with a great blend of directing, acting, and story. I hope to see more director efforts from Bettany.
6 people found this helpful

♤ Pain ₩arrior ♤Reviewed in the United States on October 31, 2017
4.0 out of 5 stars
A Beautifully Acted Artistic Film of Subtlety
Verified purchase
The beauty of this film is it's creative simplicity. It's mature, moving, and beautiful in it's portrayal of two strangers who find common ground amidst their struggles. Although I can't say this is a fantastic movie, I would always recommend it to someone who asks. If you take a decent movie and toss in two phenomenal actors as the leads, it will be worth watching every time. Jennifer Connelly is undoubtedly one of the greatest actors of our time. Her portrayal of emotional pain is so raw and so honest, she's easy to believe in every role she plays. Anthony Mackie was a great choice for his part, and everything about him is genuine and intriguing. Although this film is not based heavily around dialogue, it captures everything in between, with grace and realism.
Shelter is somewhat slow moving, but I think the pace was just right. I believe a lot of extra drama is cut out in order to add extra weight and emphasis on the experiences of these two homeless people. There is a lot of subtlety that must be appreciated in order to enjoy this movie. There is a really beautiful play of light and dark, shadows and movement, stillness and quiet, that make this movie very artistic rather than super gritty with emotional angst and overdone action. If you are a thoughtful person who has a lot of empathy for others, I believe there's a good chance Shelter will move you. This director did A Beautiful Mind, and the experience of those who made this film seems very apparent to me. Well done.
8 people found this helpful

Richard PengalaReviewed in the United States on June 23, 2021
3.0 out of 5 stars
A bad dream in God's mind
Verified purchase
OK gritty movie driven by Ms. Jennifer Connolly's scary, strange & very edgy performance. Excellent acting with the low points being the made -for -TV semi-erotic scenes that tease but don't deliver. Like so many other movies that get down & dirty with graphic violence but are prudish about nudity & almost ashamed of portraying a frank graphic look at hanky panky...this cinema effort needed a good re-write by perhaps a more daring French, Scanadavian or Italian style director....Hey, who am I to judge ?? Only God knows why He dreamt up the world of cinema ? The movie had a chance to make much deeper spiritual revelations....but the shallow cliche is easier than creative insights.
One person found this helpful

Tim GallegosReviewed in the United States on December 30, 2017
5.0 out of 5 stars
Tough Love!
Verified purchase
The editing was a little funny, but overall, a good film and great story. I'm in recovery, almost died from addiction, so I could relate. Ms. Connelly was incredible to capture certain moments of the story. I imagine it was very difficult for her to get into that kind of character, where behind the scenes, the filmmakers had to have applauded her performance. I know walking death, for it was once my comfort zone from childhood sexual trauma, and have also experienced loss, where I have had to bury several people in my heart, and in their life. Yes, and like I said, a great story, and good film, with tears in my eyes as I write this.
8 people found this helpful

Fay DayReviewed in the United States on November 18, 2017
5.0 out of 5 stars
This is important
Verified purchase
I'm glad that they made this movie. It is important. Connelly can really act and Mackie as well. This was really sad, but people should watch it. It's important to try to understand what homeless people are going through. Bad things happen. People make mistakes. People make the wrong choices and end up having no choices. It could happen to any of us.
9 people found this helpful

MTSARCASMReviewed in the United States on December 8, 2017
4.0 out of 5 stars
Disparate lives intersecting in a poignant story
Verified purchase
Although it is difficult to portray in cinematic terms the wretched lives of the homeless, this movie successfully created a story within that world. I enjoyed the scenes of the drastically different characters. The two main characters did a great job and I liked the story. I could see this coming about in NYC--two disparately different lives coming together and each providing the other what they need and helping one another heal. My only criticism (why a 4 star, not 5) is that is moved a bit slowly in the early part and the part when she came back from the hospital to be told the room was for 2 didn't seem to gel with the story. Otherwise, great acting, touching story.
2 people found this helpful
See all reviews
Back to top
Get to Know Us
Make Money with Us
Amazon Payment Products
Let Us Help You
EnglishChoose a language for shopping. United StatesChoose a country/region for shopping.
© 1996-2022, Amazon.com, Inc. or its affiliates