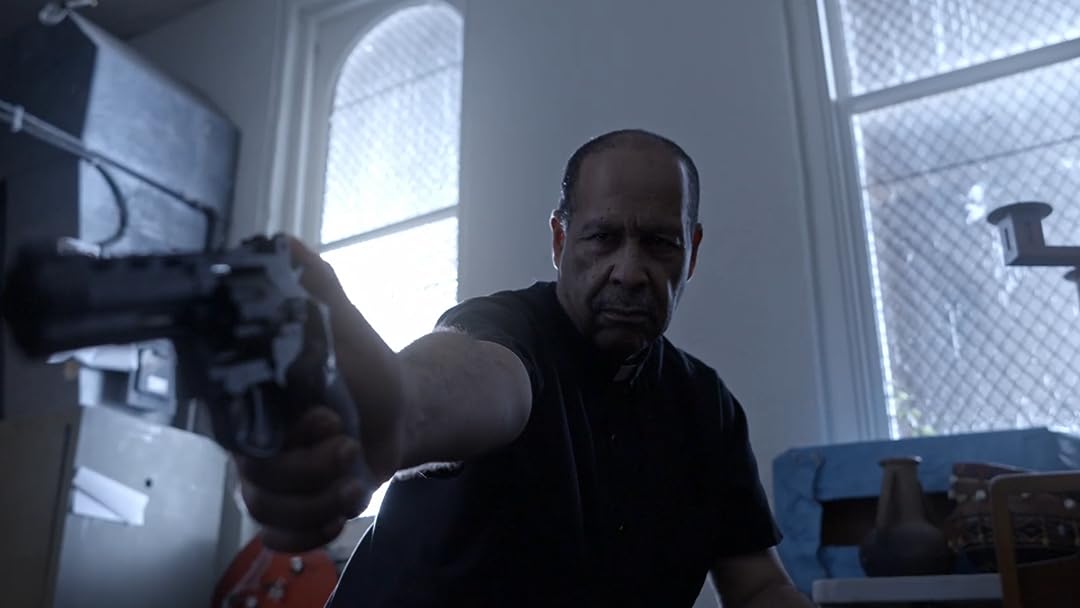 Season 1
(45)
202113+
Veteran actor Lance Nichols (Into the Badlands, House of Cards) heads this New Orleans-based cast as Father Joseph, a Catholic priest with a violent past who wages war with a dangerous drug lord after an attack at his church on Christmas Eve. Kelvin Harrison Jr. (Luce, Waves) co-stars as Will, a former altar boy turned drug dealer who gets caught up in Father Joseph's pursuit for justice.

Michelle NewmarkReviewed in the United States on May 26, 2022
5.0 out of 5 stars
Loved it
Short series that hits hard and ends with a twist. Definitely wasn't what I expected and I appreciate that.

Annette RichardsReviewed in the United States on March 17, 2022
2.0 out of 5 stars
Nothing fantastic
There isn't much to say, except I was not that impressed with the show
One person found this helpful

linda galellaReviewed in the United States on May 10, 2021
4.0 out of 5 stars
Four very short episodes of
varying lengths of time but each packs a punch.

SHEPHERD is an episodic thriller that takes place in a parish of New Orleans. Fine cinematography adds to the grim nature of this production. The main character is a priest who’s questioning morality at many levels. He puts feet to his faith introducing many secondary characters along the way.

Father Joseph, played by Lance Nichols, is trying to protect his church from gangs, drugs and a former altar boy, played by Kelvin Harrison Jr., who is running both. Two nuns round out the primary cast, one is a cranky, over authoritied, black, senior sister and the other a white novice with more than church on her mind. We don’t get to know much about these folks due to the very brief they’re on screen; lots of opportunity for future seasons.

Action is the primary element in these fast paced, mini movies. Murder, mayhem, subterfuge, social commentary and unfortunately some political snark found its way into these brief chapters. As I mentioned in my title, there’s only 4 of them, but they’re intriguing, realistic and worthy of another season or many🍿

WWReviewed in the United States on August 7, 2021
4.0 out of 5 stars
Looking forward to Season 2
The topic has been approached over the years from various perspectives. This eye for an eye approach is refreshing on several levels. The writing could be better. Acting could be better. It's a first season and it is a good season which given the chance could be a great series. Looking forward to Season 2.

rhodymikeReviewed in the United States on May 4, 2021
3.0 out of 5 stars
You have to be open minded, but its pretty good
I liked it. Its a bit sloppy/fast on some items, but I think the creators want to get the story moving. The nun preaching to the priest is feministic addon, but the whole show is a flip flop on roles. It is disturbing at some points, but that is what the show tries to do. Priests are people, trying to keep their faith. I do have an issue with hollywood/leftwingers doing this moral conflict only with christianity. They should have a rabbi and a Imam join him.

James E. AddisonReviewed in the United States on July 4, 2021
4.0 out of 5 stars
I liked it, but what's the deal with just 4 shorts? Webcast, or something?
HEY PRIME. PLEASE MAKE SEEING YOUR PREVIEWS AN OPTION SETTING SO I CAN STOP THEM FOREVER!
1 stars: Couldn't watch more than 15 minutes. Unwatchable, or language not as described.
1.5 stars: Just started it to get if off my, "movies we think you'll like", list permanently.
2 stars: Jumped my way to the end for the ending. Unwatchable, but interested in how this turd ended.
2.5 stars: I fell asleep, or closed my eyes for most of it.
3 stars: Watched it all, but not happy about it. Nothing better to do.
4 stars: I watched it, liked it well enough. Would never watch it again.
5 stars: Great moving picture show! I'll watch it again, and maybe again in a few years.

ErrolReviewed in the United States on April 1, 2021
3.0 out of 5 stars
Entertaining but ridiculous.
I am not Catholic but I find it truly unbelievable that any nun would be lecturing a priest on Catholic ethics or Canon law. Yet that is exactly what occurs here. This film so panders to feminists that it scripted a nun to be essentially in charge of the local parish church and the priest as little more than one of her employees.
3 people found this helpful

MGReviewed in the United States on May 1, 2021
3.0 out of 5 stars
Season Finale 8 minutes long???? Really??
Great entertainment but why bother even offering up a season 1 show with only 4 episodes with the longest being 15 minutes and the 4th and last episode only 8 minutes? Seriously? I could have taken a dump and missed the last episode by the time I was done. What a waste. 🤣😂🤣😂
One person found this helpful
See all reviews
Back to top
Get to Know Us
Make Money with Us
Amazon Payment Products
Let Us Help You
EnglishChoose a language for shopping. United StatesChoose a country/region for shopping.
© 1996-2022, Amazon.com, Inc. or its affiliates