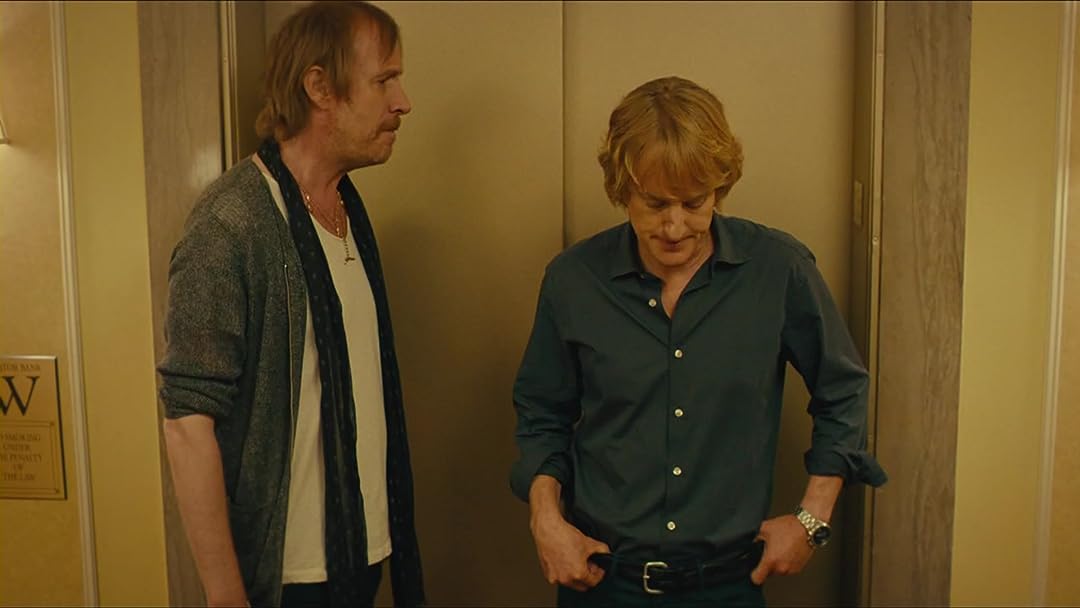 (395)
6.11 h 33 min2015X-RayR
HD. Peter Bogdanovich's comedy about a love triangle involving a randy Broadway director and an assortment of players involved in his new play.

Leaves MovieSphere in 8 daysRentals include 30 days to start watching this video and 48 hours to finish once started.

Amazon customerReviewed in the United States on July 17, 2019
1.0 out of 5 stars
A sour take on any woman whose not a prostitute.
Verified purchase
Yet the movie is patronizing and judgmental towards the prostitutes as well. The movie is like an artifact dug up in a time capsule, but it wasn’t water right, so it’s limp, soggy and kind of mIldewed. No jokes at all, none. And such a waste of talented actors. As the movie wears on, the weird bitter, defensive tone becomes more explicit. All the therapists are drunks or bullies. Women are bitchy, unreasonable and hysterical for objecting to their husband sleeping with prostitutes, and to him giving each working girl $30,000 to start a new life. Note, the character gives them the money to start a new life only after he sleeps with them. Poor wonderful Owen Wilson is asked to mask the fact that these are the beliefs of an old guy. An old guy who feels guilty for using them, but not enough to stop. He gives them 30,000 dollars, half of which belongs to his wife by the way, but she never mentions that fact. (Why 30,000 I wonder? Even the amount is dated and low. They are getting 1000.00 per session, minimum. How much would this money mean to them changing their lives?) The play within the movie which is about the same topic as the movie, “rescuing” prostitutes after first shtupping them himself, failed on Broadway because “Long Island housewives don’t want to go to plays about prostitutes”. Hilarious. So if this movie fails, or you think it sucks and isn’t funny, then you are a suburban prude. Except those same Long Island housewives have helped make pretty much every successful play or musical on Broadway, however avant garde, a hit. I’m not one of them, but I don’t think it works to put them down because you anticipate your film is a flop. Maybe even your own inner voice is telling you it sucks? Just a huge waste of actors with great charm and talent given nothing witty, insightful or self reflective to work with. In a supposed Broadway production devoid by the way, of a single gay character, in the play or behind the scenes. I just don’t get it.
8 people found this helpful

Dr. Moonlight GrahamReviewed in the United States on August 25, 2016
3.0 out of 5 stars
What's Up, Doc? SEQUEL
Verified purchase
This is just a What's Up, Doc? remake by Bogdanovich who hasn't been successful since his heydays in the early 70's, and unfortunately, the humor is a little stuck in the 70's too. It's sad to see him run this remake out there for a buck...but he still has the juice to get a lot of stars to be in his movies and they keep this pathetic soup marginally interesting. I counted 2 funny lines from Jennifer Aniston (actually LOL once), who was great as the incredibly inappropriate and very indiscreet therapist. The rest of the cast did the best they could with what they were given. The screwball comedy plot repeats the same hotel room nonsense scenes straight out of What's Up, Doc? There were a lot of random throwbacks and inside jokes too that were hit and miss...the cabbie abandoning his cab mid-fare to hail another cab...and plenty of cameos that were way over the top. If you love screwball comedies (and I loved What's Up, Doc?), this is worth a look since the genre is all but dead these days. But if you have a hard time accepting the increasingly ridiculous situations of farce, then you should probably pass on this. Could have been better/funnier but it's OK with lots of known actors.
5 people found this helpful

MJ SmithReviewed in the United States on November 9, 2015
4.0 out of 5 stars
Fun, Quirky and Very Indie Style Movie
Verified purchase
I'm with several reviewers that this is an indie type movie, very Woody Allen-ish. 5 Stars to me means "great movie", 4 Stars mean "good" to " very good". It is off beat and quirky and fun.

First off the cast is excellent. Owen Wilson's character is excellent as a director who screws around with escorts and then gives them huge bonuses, a strange quirk, but something that you find out he had done many times. fully. Imogen Poots is one of the escorts, or a "muse" as she prefers to call it, and she is an aspiring actress. When the unexpected happens, she gets a try out for a play that Owen Wilson is directing, and his wife is starring in. Jennifer Anniston has a really great role as a messed up therapist, who, as it turns out, is actually seeing several of the people and suddenly realizes that her clients are all dealing with each other.

This is a good movie, fun and quirky. I will definitatly watch it again as it seems like one of those movies you will probably see more subtle things each time you watch it.

Bic ParkerReviewed in the United States on July 3, 2021
4.0 out of 5 stars
It should have worked . . .
Verified purchase
I disagree with viewers who thought Bogdanovich was attempting a Woody Allen type comedy. This seemed to me en effort to capture the lightning-in-a-bottle that was his screwball success, WHAT'S UP DOC. The reason it didn't succeed on that level was a weaker story and the fact that Owen Wilson was miscast. He is too passive to work a role like this. Jennifer Aniston, however, was the best thing in the movie, just over-the-top enuf to ignite the spark that the story needed.

BanReviewed in the United States on March 12, 2019
1.0 out of 5 stars
Jennifer Aniston will deafen you!
Verified purchase
This movie had potential. The cast is wonderful, with the HIDEOUS exception of the no-talent, one-trick-pony Jennifer Aniston who's SO shrill in this movie that her voice just bore a hole into your head. The entire movie is drowned out by this one whine that seems to go on indefinitely. I stopped watching 45 mins into the thing.
3 people found this helpful

Jesse LanghamReviewed in the United States on July 27, 2021
1.0 out of 5 stars
Things have changed, and that's a good thing.
Verified purchase
If you like shallow, idealized hooker-with-the-heart-of-gold tropes, sitcom setups and tired plot devices, this movie is for you. The director of "What's Up Doc" hasn't learned anything over the last fifty years and it shows. This movie is H-O-R-R-I-B-L-E. I genuinely regret having this movie in my memory.

Justin SchlumpfReviewed in the United States on November 16, 2020
5.0 out of 5 stars
If you like to laugh, buy this movie!
Verified purchase
We had so much fun watching it we watched it a second time! We'very never done that.
One person found this helpful

Michael AbramoffReviewed in the United States on March 24, 2019
5.0 out of 5 stars
Dont get these low reviews. Better than a Woody Allen
Verified purchase
Real slapstick movie, fast paced and everyone second is entertaining. Excellent acting by Timothy Wilson and Imogen Poots.
3 people found this helpful
See all reviews
Back to top
Get to Know Us
Make Money with Us
Amazon Payment Products
Let Us Help You
EnglishChoose a language for shopping. United StatesChoose a country/region for shopping.
© 1996-2022, Amazon.com, Inc. or its affiliates