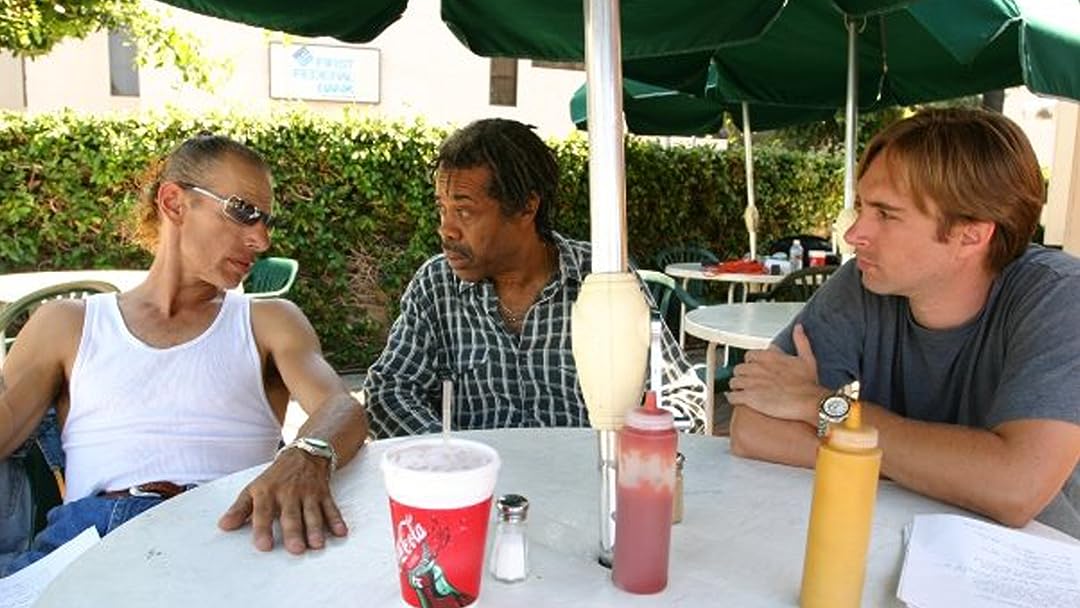 Thomas E. PlonskiReviewed in the United States on August 28, 2006
5.0 out of 5 stars
SHIFTED.....EXCELLENT!!!!!!!!!
Verified purchase
Regarding Michael Madison's fine independent film SHIFTED,it is well written and a very thought provoking body of work - well worth the time and $$$$$ to check out this great film!!!!!Directed,Written,and starring Michael Madison it definitely is a harsh and poignant view of the extremes that society can impose on an individual literally in as little as a 24 hour period....A strong supporting cast enhances the impact of this film and message as well.Of interest is Jill Wagner - highly visible for her work as The Mercury Car Commercials SpokesWoman & currently Co-Star of the popular BLADE:The Series on Spike TV - This film is really excellent and a Must See!!!!!
4 people found this helpful

S. KelleyReviewed in the United States on June 4, 2006
5.0 out of 5 stars
Can't wait for Amazon to stock this !
Verified purchase
I saw it at the premiere party in Hollywood and it was great. I want to watch it again and show it to friends, so get it available already !
5 people found this helpful

SherriReviewed in the United States on October 5, 2016
1.0 out of 5 stars
Bad!!!
Verified purchase
Terrible! We watched it because it had 4 stars and then realized only 11 people reviewed it, which may have been the actors. Acting was poor, filming was bad, it was one of the worst movies we have ever watched.
One person found this helpful

Randall RankinReviewed in the United States on November 17, 2014
4.0 out of 5 stars
Four Stars
Verified purchase
Watched to see Jill Wagner's movie debut and wound up enjoying the movie.
2 people found this helpful

janaReviewed in the United States on June 9, 2006
5.0 out of 5 stars
Awesome indie movie set in LA and parts of Skidrow- you need to see this one!
I saw "Shifted" at the Premiere held at Cinespace in Hollywood and I think it's a great indie movie well worth seeing!

It has a v interesting storyline with a mix of good actors and they don't look that bad either! Do you know the star of Blade, Jill Wagner is in it, plus the sister of Scarlett Johanssen. These look like stars of the future to me!

I also like the fact that it's homegrown and set right here in LA and its dealing with themes which are close to home like what happens to someone when they become homeless. Whether we choose to acknowledge it or not homelessness is v real problem in LA as well as many other large cities.This movie also has many lighter moments in it having a certain comedic sense.

Incidentally the DVD, has a great commentary for film makers plus great behind the scene photos.I think this movie is a must see for all indie movie buffs as well as filmmakers!

Flex-MexReviewed in the United States on June 11, 2006
5.0 out of 5 stars
Great Independent Film!
I thoroughly enjoyed the riches to rags to self discovery storyline. It kept me guessing how the main character would get out of his mess. Lead actor Michael Madison really showed dedication to his craft by growing shoulder-length hair and a hillbilly beard to get into character. Jill Wagner played one of the female leads. I recognized her as the Mercury girl from the car commercials. My only complaint is that she was not in it more. The other female lead is played by Scarlett Johansson's older sister. She has a bright future ahead of her.

Overall, this was a great effort. It shows that you can make an awesome movie with no money. All you need is talent and determination. The music is another highlight. I don't know who did it, but it stuck with me.

Looking forward to the next one. In the meantime, I recommend this DVD for information (commentary track) and inspiration.
5 people found this helpful

Amazon Prime MemberReviewed in the United States on February 21, 2015
5.0 out of 5 stars
Nice!
Good plot & interesting characters
Also, are you a fan of WIPEOUT? Then DEFINITELY check this out because it has Jill Wagner!
Keep an eye out for Vanessa Johansson as well, Scarlet's sister!
One person found this helpful

Michael MadisonReviewed in the United States on October 13, 2014
5.0 out of 5 stars
Good TRUE indie film.
Early DIY days. Independent film with a great story. Look past the low budget and I think you'll enjoy the film.
One person found this helpful
See all reviews
Back to top
Get to Know Us
Make Money with Us
Amazon Payment Products
Let Us Help You
EnglishChoose a language for shopping. United StatesChoose a country/region for shopping.
© 1996-2022, Amazon.com, Inc. or its affiliates