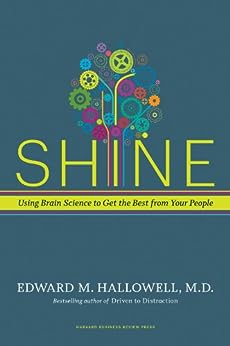 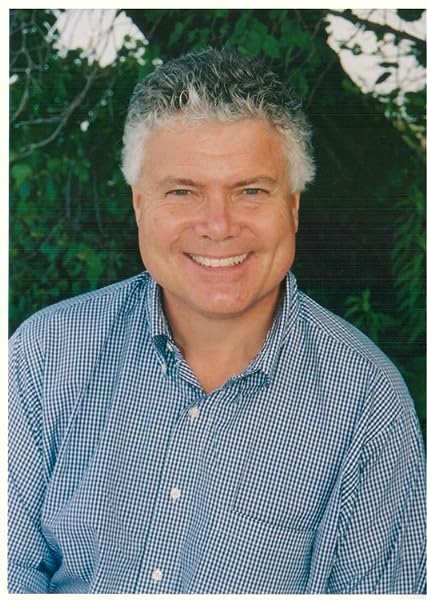 Shine: Using Brain Science to Get the Best from Your People Kindle Edition

"This is a great book with some great ideas on how to manage groups that aren’t just Dilbert clones." - Portland Book Review

Live Life For All It’s Worth

Thank God for death. If it weren’t for death, we’d probably all wait forever and never get to the point. But because we don’t have all day, so to speak, life grows urgent. If we want to get to the heart of it, we do have to get to it, and not waste time fiddle-diddling or complaining. I remind myself of this as-yet non-negotiable item in life’s contract whenever I feel less than excited to be, say, standing in line at the supermarket or upside down awaiting still another prostate biopsy.
To live life for all it’s worth, to die knowing you gave and got all you could, that’s really worth figuring out how to do, don’t you think?, and sooner rather than later. Not just to live life for much of what it’s worth or most of what it’s worth, but for all it’s worth. Everyone wants to do that. Or come as close as they can.
Before I say more, I feel obliged to provide you with another image to displace your image of me upside down waiting for my prostate biopsy, so think of this one instead: think of yourself, heading into work. How do you feel? Or, think of yourself, heading home. How do you feel? Or think of yourself, waiting for your biopsy. How do you feel?
The message of this book is that you can and should feel great to be alive in all those moments and all others. Even if times are hard, as long as you are living life to the fullest, you are in love with life. And if you are in love, you feel great, even when you are in pain.
--This text refers to the hardcover edition.

Edward M. Hallowell, M.D., was an instructor at Harvard Medical School for twenty years and is now the director of the Hallowell Centers in Seattle, San Francisco, New York City, and the Boston area. He is the co-author of Driven to Distraction, Delivered from Distraction, and Answers to Distraction, as well as the author of CrazyBusy, The Childhood Roots of Adult Happiness, and Worry, among other titles. He also hosts a weekly podcast called Distraction that offers practical solutions on how to focus and regain control in todays digital world.

Edward M. Hallowell, MD, author and psychiatrist for adults and children, was an instructor at Harvard Medical School for over twenty years. He is now the director of the Hallowell Center for Cognitive and Emotional Health in New York City and Sudbury, Massachusetts. He is the author of Crazy Busy and coauthor of Driven to Distraction.

4.6 out of 5 stars
4.6 out of 5
57 global ratings
How are ratings calculated?
To calculate the overall star rating and percentage breakdown by star, we don’t use a simple average. Instead, our system considers things like how recent a review is and if the reviewer bought the item on Amazon. It also analyzes reviews to verify trustworthiness.
Top reviews

Carl Kirstein
4.0 out of 5 stars If you like the style of motivational speakers, you'll like this book
Reviewed in the United States on May 16, 2014
Verified Purchase
"in ethical and religious language we seem constantly to be using similes. But a simile must be the simile for something. And if I can describe a fact by means of a simile I must also be able to drop the simile and to describe the facts without it. Now in our case, as soon as we try to drop the simile and simply to state the facts which stand behind it, we find that there are no such facts. And so, what at first appeared to be simile now seems to be mere nonsense." [Wittgenstein]

Hallowel likes using similes and buzzwords far too much, obscuring the substance of the content and leaving it apparently superficial. There are gold nuggets in his book, and he refers to literary authorities to assist his subjects, but the book reads more like a motivational speaker's presentation... or worse: like a snake-oil salesman's pitch. This is a pity, because an engineer like myself need to know how to get the most out of my subordinates and colleagues and there seems merit to most of what he writes about.

The style of the book is the biggest problem I have though, but if you can ignore the floral embellishments and buzzwords, then you could really get some value out of it. The final two chapters especially were worthwhile for me.
Read more
4 people found this helpful
Helpful
Report abuse

Kindle Customer
5.0 out of 5 stars A Masterpiece for Managing People!
Reviewed in the United States on March 31, 2012
Verified Purchase
It's not my first reading for Dr. Hallowell. His writing style is amusing and he makes a wonderful job in creating the context for his advices through real-life anecdotes. Moreover, he excels in transforming recent scientific discoveries in psychiatry into applicable actions for managers to get the most out of their teams, which is the main goal of the book.

The process presented by Dr. Hallowell, called the Cycle of Excellence, does not address a single key idea as the basis for peak performance. It is a combination of many ideas while drawing upon the latest research from diverse disciplines. It is a process that he have created and honed over the past 25 years as a doctor, practicing psychiatrist, author, consultant, and instructor at the Harvard Medical School.

Hallowell's cycle consists of five steps (Select, Connect, Play, Grapple & Grow, and Shine), with each chapter explaining one of them and concluding with few pages listing valuable, concrete suggestions on how to implement the explained concept.

What's unique in this book and in the Cycle of Excellence is the bringing together of the five steps, each one of which is not new in itself, but taken together create a new and powerful approach to bring out the best in people.

I highly recommend this book for managers and CEOs who want their companies to thrive even in difficult times!
Read more
One person found this helpful
Helpful
Report abuse

Bridget
4.0 out of 5 stars Ph.D. owes Shoeshine Guy
Reviewed in the United States on June 16, 2014
Verified Purchase
I enjoyed this book, which was a text book for a management course. I loved that it illustrates that the lofty Ivory Tower people have much to learn from the down to earth regular people who just keep their eyes and minds open. Knowledge is not only found in universities. (I needed a bit of snakiness that semester!)

This was a book I reviewed for a marketing course as an example of good packaging of an idea which could be repackaged to directly address a range of readers. This book focused on management applications, but could be tweaked for educators, coaches, or anyone dealing with individuals and a group dynamic. It's like a basic cookie recipe which could be adapted to chocolate chips, sprinkles, decorator frosting, peanut butter, etc. ;-)

Do-Gooder
5.0 out of 5 stars Rise and Shine
Reviewed in the United States on August 15, 2013
Verified Purchase
I have a strong bend for positive psychology, particularly the intersection of business management and brain science. Dr. Hallowell, a neurologist, provides excellent insight into the mind's interworking without being too "geeky." If you are a business leader, you would be doing yourself a huge favor to pick up this book. Chance are, you'll rethink your approach toward management, engagement, and empowerment. Excellent book!
Read more
One person found this helpful
Helpful
Report abuse
See all reviews

AN
5.0 out of 5 stars Five Stars
Reviewed in the United Kingdom on February 25, 2018
Verified Purchase
Book was recommended to me. Did not disappoint.
Read more
Report abuse

Prasad Ajgaonkar
5.0 out of 5 stars Great read
Reviewed in India on September 24, 2017
Verified Purchase
Simple language , small and feasible steps towards change. We may be already following many things but this book brings structure to that .
Read more
Report abuse
See all reviews