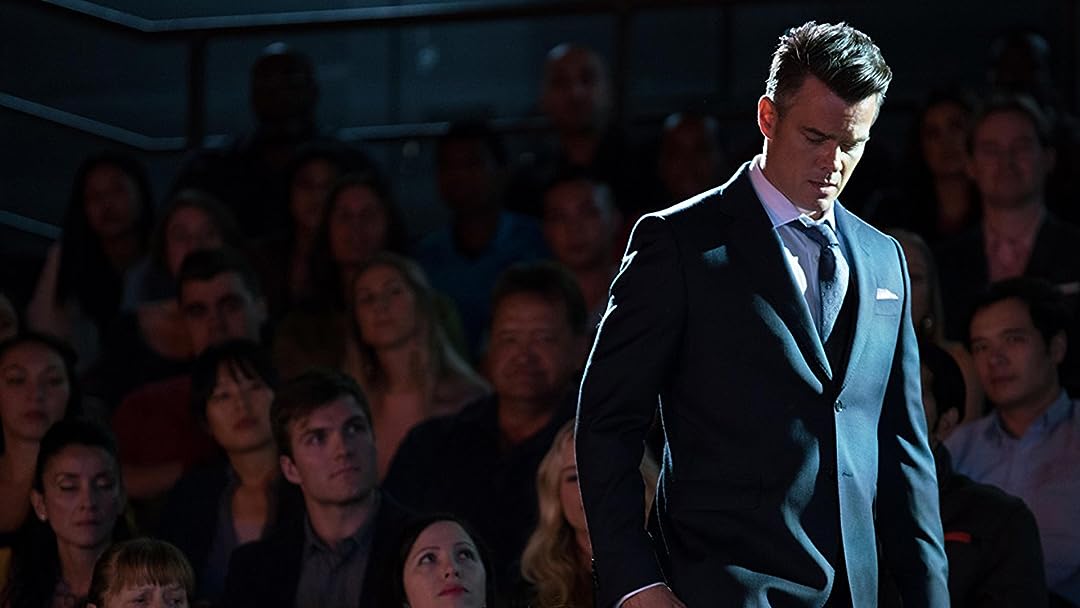 (139)
5.61 h 45 min2017R
In this pulse-pounding thriller, a defiant reality-show host and a greedy network exec launch a terrifying new program that exploits the on-camera deaths of its players—on live TV.

DrymetalReviewed in the United States on October 11, 2017
5.0 out of 5 stars
Definitely worth watching
Verified purchase
This movie is definitely worth watching. I admit that I was a little skeptical at first. The 1-star ratings seem nonsensical, and I've noticed a trend where friends and family of the crew leave 5-star reviews on other movies. So, I told my wife I rented two movies, if this one seemed like a dud, we'd just switch to the other one. The truth is, it actually is a very good movie and it strongly affected both of us.

I'm not good at getting into all that clever movie review stuff, so let me just say this: The acting is great, the script is good, the story moves forward well and it is captivating. It also grows in intensity as it nears completion. These are probably the things you care about and it achieves all of them. It's a good movie.

On a different note, there is a dark truth to humanity. This movie touches on that and it handles many different problems we have as humans or as society in a nuanced way. There are the overly obvious darker issues here, of course, but then there are more subtle things that you've probably noticed in your fellow human or society as well. Things that we should be concerned about. It doesn't throw all of these issues in your face and make a big deal out of them. And for that, I think it makes it even better.

To me, it is a movie worth reflecting on, and I'm always glad to spend my time and money on movies that do that for me.

Meaghan BReviewed in the United States on November 29, 2018
4.0 out of 5 stars
This movie isn't for everyone
Verified purchase
When I first read the description of The Show, I was intrigued, but I watched the trailer first to decide if it was really what I wanted to spend my Wednesday night watching. The trailer was only a hint of a movie that was ultimately thought-provoking and disturbing at the same time. I made the choice to watch the movie even after seeing the trailer and getting a glimpse of what was about to come, and after watching The Show, I don't feel like I wasted my time.

Without giving away any spoilers, The Show is meant to be provoking. It's meant to show a desperate, dark side of human nature. It gets way down deep into the sordid mess of our world, and relishes in it. We see struggling families trying to survive, disconnected audiences, and television selling it all as a gimmick. There were times when the acting was forced, and the dialogue stilted, but even with that in mind, I enjoyed it. It wasn't the greatest movie ever made, but it kept my attention and made me think.

With that said, this movie isn't for everyone. If you watch the trailer, you will get a glimpse of the horrors this movie holds. If it makes you feel uncomfortable, or anxious, I don't recommend watching the movie - it gets much, much worse than what is shown in those two minutes.
10 people found this helpful

Richard A. ColeReviewed in the United States on December 5, 2019
5.0 out of 5 stars
A real and thought provocing film... Well done.
Verified purchase
There is so much to say about this film, much of it has been said in other reviews, so I won't rehash it all. There is, too some weak points, but these do not take away from this film in its entirety. So here are my thoughts if yoy care to read them.
This is one of the better films that Amazon Prime offers, not sure how they let it slip by... The acting was excellent as a whole, a few times it seemed strained and was predictable also. The cast have all been in other movies and TV shows and are all top notch. The quality was great and you didn't have to deal with bad sound, bad shooting or idiotic dialogue. The story was one the original side and written to keep a steady pace throughout the story. So that being said, I didn't get sidetracked with a low end production driving me nuts and was able to concentrate on watching this film. I must admit that I laughed and wept while watching this, and I am not easily moved when watching a movie. Although I did see the ending coming, it still played well and wasn't exactly played out as I expected.

This film was intense, thought provoking, shockingly speaks to how we are today with the whole social media and reality TV we see today. It had a message, one that wasn't forced or preachy either, but one that we should think about as a society. In a way it is a sad commentary about us today.
Without being a spoiler, this movie showed how we can get so hungry for others pain and drama, almost to a point of bloodlust. We see the audience wanting to see more and more graphic deaths and get to a point that a death isn't good enough. They BOO at a soft suicide, and cheer for a bloody and violent one. It also shows how people can get lost in the fame and Ratings, then do terrible things to bring up the rating scores, and money of course.
It is a commentary about the crappy reality shows on today and how we still watch them and how networks sue gimmicks to get ratings. Reality TV isn't REAL, but most of use know this by now. It is scary how we can get numb to something and want to amp up the thrill of seeing others pain and suffering. This movie took that idea and drove it home to us in this film.
There is no nudity, some swearing and F-Bombs, it is graphic at times and, I think the makers of this film wasn't going to apologize for being "In your face" about its message.
Worth a watch, worth seeing more than once, and even worth a few bucks to see or add to your library. (I haven't ever recommended to buy any movies before.)
Thanks for reading
3 people found this helpful

Ron BakerReviewed in the United States on March 10, 2019
4.0 out of 5 stars
The Show: the society we are becoming
Verified purchase
This reminded me of a Black Mirror episode where the public derived voyeuristic pleasure from watching criminals set up in elaborate scenarios to experience the pain they put their victims through. This isn't exactly that plot but this showcases society's sick fascination of watching others pain as entertainment (masquerading as reality programming).

The acting is good as are the production values. This film has a deeper (and darker) message than it might seem on the surface and makes a biting commentary on the society we are becoming. I found this thought provoking and for that I recommend it.
9 people found this helpful

123456Reviewed in the United States on November 30, 2018
5.0 out of 5 stars
I never write reviews...
Verified purchase
I honestly NEVER write reviews but I absolutely loved this. The main actor was amazing in this. He played the part so well. The idea has never been used before. I like that its pretty true to current times and over broadcasting everything. I wish so badly that this was a series instead of a movie. It was amazing!
10 people found this helpful

Angela RussoReviewed in the United States on December 22, 2019
1.0 out of 5 stars
NOT FOR ME
Verified purchase
I could only watch about a half hour of this sick, dark, twisted movie. Is this what we have become? Is this what we call entertainment? People called this thought provoking. Really? I call it garbage, straight from the pit of hell.
3 people found this helpful

Matthew MilesReviewed in the United States on January 25, 2019
4.0 out of 5 stars
Good but not great
Verified purchase
This movie had great actors, the plot was very interesting, and I thought it was leading to something amazing and I could not stop to watch it until the end...and then it ended and I was like...ok. Is not that the ending was bad or that it lack conclusion. Is just that the movie keep building you up like it is about to change your way to see things and it will have a twist and you get this supper high expectation. And it was a little cheesy and predictable. Maybe I just watch way to many movies and already saw the possibilities for the end way ahead. Again, it was not a bad movie, I just wouldn't run to recommended to a friend or watch it again.

VictoriaSelene Skye~DemeReviewed in the United States on October 29, 2017
3.0 out of 5 stars
Good Concept but Fails At Full Potential
Verified purchase
The concept itself was tangible and more than prophetic re. things to come in the sordid world of the "entertainment" industry, but it's delivery was somewhat poorly executed (pun not intended), the acting was satirical whether it meant to be or not, the individual stories predictable as well as the outcome. I didn't develop empathy for any of the characters except Mason, and it was his story line that kept me watching until the ending. Otherwise I would have clicked close player in the first 15 minutes.
4 people found this helpful
See all reviews
Back to top
Get to Know Us
Make Money with Us
Amazon Payment Products
Let Us Help You
EnglishChoose a language for shopping. United StatesChoose a country/region for shopping.
© 1996-2022, Amazon.com, Inc. or its affiliates