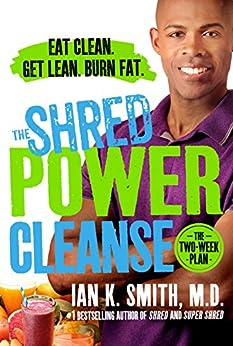 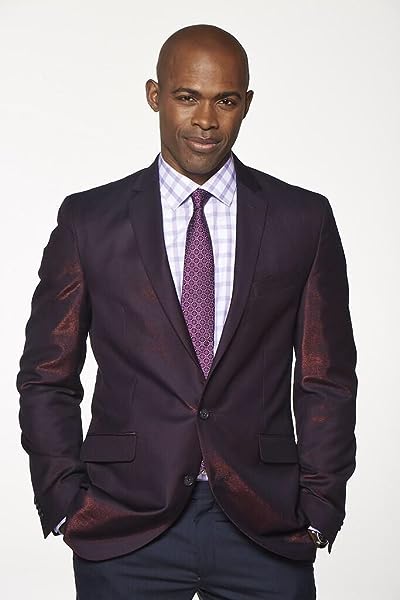 Dr. Ian is answering Shredder Nation's call for a short-term, fast-acting cleanse that will help you reset and power through to your new weight loss goal!

The SHRED Power Cleanse takes the classic detox plan to a new level. You won't find any fiberless, anemic juices on this regimen! Dr. Ian lays out each day of the two-week program, giving you everything you need to jump-start BIG change:

- A Weekend Power Tune-up bonus, designed to keep you on track long after the two weeks of the cleanse are up and all some Shred Cleansers will need.

The SHRED Power Cleanse will keep you satisfied, clear your mind, and leave you several pounds lighter.

"...fitness enthusiasts will appreciate this clear-cut and user-friendly program." - Publishers Weekly --This text refers to an out of print or unavailable edition of this title.

Ian K. Smith, M.D. is the #1 New York Times bestselling author of SHRED, SUPER SHRED, THE SHRED POWER CLEANSE and other top-selling titles. He has created two national health initiatives--the 50 Million Pound Challenge and the Makeover Mile―and has served two terms on the President’s Council on Fitness, Sports, and Nutrition. A graduate of Harvard, Columbia, and the University of Chicago’s Pritzker School of Medicine, Smith is an avid fitness enthusiast and sportsman. --This text refers to an out of print or unavailable edition of this title.

Dr. Ian Smith is the author of the #1 New York Times bestselling books, SHRED: THE REVOLUTIONARY DIET, SUPER SHRED: The Big Results Diet, BLAST THE SUGAR OUT, The Clean 20, THE ANCIENT NINE, CLEAN &amp; LEAN and eleven other books with millions of copies in print. His newest novel--THE UNSPOKEN, the first installment of his Ashe Cayne mystery series, is now available. Look for his next revolutionary diet plan FAST BURN!, on sale April 13, 2021.

He is currently the solo host of the nationally syndicated, Emmy award-winning television show

THE DOCTORS, and a longtime medical contributor to Emmy award-winning The Rachael Ray Show.

He also served as the medical/diet expert for six seasons on VH1’s highly-rated Celebrity Fit Club. He is the creator and founder of the national health initiatives The 50 Million Pound Challenge and The Makeover Mile. Dr. Smith is the former medical correspondent for NBC News Network and NewsChannel 4 in New York, where he filed reports for NBC Nightly News and The Today Show as well as WNBC's various news broadcasts. He has appeared extensively on numerous broadcasts, including The Oprah Winfrey Show, The View, Dr. Oz, Steve Harvey Show, The Talk, Larry King Live, Anderson Cooper 360, CNN, MSNBC, and many more. He has written for various publications including Time, Newsweek, Men’s Fitness, and the New York Daily News. He has been featured in several other publications including, People, Redbook, Details Magazine, Essence, Ebony, Cosmopolitan, and Black Enterprise.

A highly sought-after speaker, Dr. Smith's work has been honored by several organizations, including the National Academy of Television Arts &amp; Sciences for his coverage on the momentous events of September 11th, 2001. He is also very active in charitable causes. Dr. Smith has also served on the boards of the American Council on Exercise, the New York Mission Society, the Prevent Cancer Foundation, The New York Council for the Humanities, and The Maya Angelou Center for Health Equity.

Dr. Smith graduated from Harvard College with an AB and received a master’s in science education from Teachers College of Columbia University. He attended Dartmouth Medical School and completed the last two years of his medical education and graduated from the University of Chicago Pritzker School of Medicine.

Amazon Customer
3.0 out of 5 stars Quality of book horrible
Reviewed in the United States on July 22, 2018
I loved the info in the book. I actually just completed week 1 & have lost 10lbs. My problem is the quality of the book, which is why I’m only rating 3 stars. I’ve had the book for a little over a week & the pages are falling out. Highly disappointed in this since the book is designed to be used more than once.
Images in this review

BP Simon
5.0 out of 5 stars A CLEANSING PROGRAM THAT IS LIKE NONE OTHER, A MUST HAVE!!!
Reviewed in the United States on December 29, 2015
Verified Purchase
I received a copy of this book as one of the audience members at the Rachael Ray show and had a chance to try the program before it was released on the 29th. This book came in handy cause I had a chance to try the program right after the Thanksgiving Holidays, and of course I ate more than I bargained for. I was bloated, feeling full and needed something to fix me quickly. BAM, tried the program and I loved it. Not only did it take away from the bloatiness but I had more energy, my skin cleared and I lost 13 pounds in 14 days. Now this is a miracle considering I have hypothyroidism , 57 years old and menopausal. Everything you can dream of is working against my body, but with the power cleanse all odds were beaten. The signature drink the Purple Power Smoothie is amazingly good. I am not a fan of smoothies with kale in it, but this one truly made a fan out of me. This book is a must in every household for those times when you need a quick cleanse in a healthy way, need to restart your diet program and just need to do something different to break a plateau. Not only are there smoothies in the book, but there are options for healthy foods that you can eat. Another great feature about the program. You just can't loose (no pun intended, cause you do loose weight and inches) doing the Shred Power Cleanse program. I will be picking up two more copies of the book today at the local stores to give away so that someone's life can be transformed and changed like mines. Paying it forward this is what I do. Don't think twice about whether or not if you should get the book, buy the book, your body will thank you for it.
Read more
255 people found this helpful
Helpful
Report abuse

Betty Godfrey
4.0 out of 5 stars Glossy Detachment -- Big Issue!
Reviewed in the United States on June 29, 2017
Verified Purchase
I actually followed through with the suggestions in this book in order to get my junk food addiction & sugar craving under control, and I felt absolutely renewed in mind, body, & spirit during the entire process, and thereafter. I unfortunately purchased everything on the list I thought I would eat or try; in the end, I tossed a lot of expired yogurt (so hate wasting food).

My biggest issue with the book was (and still is) -- from page 1 the pages just started popping apart from the cover, from front to back as I turned the pages. EVERY PAGE I TURNED DETACHED! I couldn't readily return it because I was at a 'ready-set-go' place in my mind and sending it back meant pulling out altogether because it takes a long time for me to decide & commit to something like this. I now, unfortunately, have a book consisting of pages & its glossy cover standing alone. In order to preserve the smoothie receipts I will use a hold puncher to place the scattered pages in a small binder/notebook.

b Kansorka
4.0 out of 5 stars Well worth the money, and I will do this again
Reviewed in the United States on May 3, 2017
Verified Purchase
I'm on the 3rd morning of this cleanse, and so far so good. It was tough for me at 1st, because I do like my sweets, but as of today I think that's in check. Day 2 I was sluggish and craving a good burger, this morning I woke with energy and have dropped 2 pounds. Actually I am having trouble finding time for the snacks and afternoon salad, but am doing good. I have been eating plain (no salt, oil or butter) as a nightly snack.
I think I might keep this book, just to even do weekend cleanses, it just makes sense.
Read more
8 people found this helpful
Helpful
Report abuse

stephanie
5.0 out of 5 stars Worth a try!
Reviewed in the United States on August 2, 2016
Verified Purchase
This book explains so much as well as have great smoother recipes. I thought it was gonna give a step by step guidelines and which drink to drink when, but everyday in the book says the same exact thing. drink this kinda of smoother or substitute. I did like the exercises that was in it. It is worth the try, I was not able to continue because i was having al allergic reaction to something in one of the ingredients.
Read more
8 people found this helpful
Helpful
Report abuse

T. Hampton
3.0 out of 5 stars Quality of book horrible
Reviewed in the United States on July 22, 2018
Verified Purchase
I loved the info in the book. I actually just completed week 1 & have lost 10lbs. My problem is the quality of the book, which is why I’m only rating 3 stars. I’ve had the book for a little over a week & the pages are falling out. Highly disappointed in this since the book is designed to be used more than once.
Read more

T. Hampton
3.0 out of 5 stars Quality of book horrible
Reviewed in the United States on July 22, 2018
I loved the info in the book. I actually just completed week 1 & have lost 10lbs. My problem is the quality of the book, which is why I’m only rating 3 stars. I’ve had the book for a little over a week & the pages are falling out. Highly disappointed in this since the book is designed to be used more than once.
Images in this review

Ronald Graham
2.0 out of 5 stars the book is ok was not very impressed
Reviewed in the United States on June 13, 2022
Verified Purchase
the book was ok
Read more
Helpful
Report abuse

Daphne D. Lopatin
5.0 out of 5 stars It made a great gift
Reviewed in the United States on March 21, 2021
Verified Purchase
This was a gift and the person really like it. It was a win win
Read more
Helpful
Report abuse
See all reviews

Kristin Hooper
5.0 out of 5 stars Five Stars
Reviewed in Canada on April 21, 2016
Verified Purchase
Excellent, as all Dr. Ian's plans are. Love him!
Read more
Report abuse
See all reviews