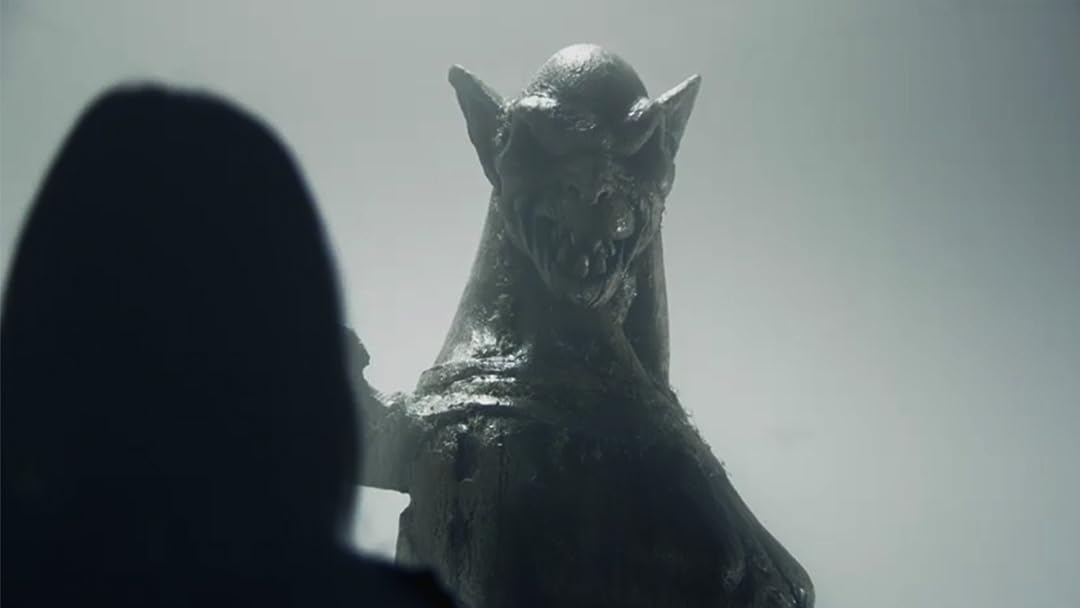 (169)
5.51 h 24 min201118+
After a young American backpacker goes missing in Europe, a group of journalists link his disappearance to a remote village in Poland. They travel there hoping to get the story, but as they unravel the secrets behind this mysterious village, they are suddenly pursued by hostile locals.

LoveSkulls13Reviewed in the United States on January 11, 2020
2.0 out of 5 stars
Have you ever spent an entire movie trying to improve it in your head?
Verified purchase
Yeah.
I figured out that if you took the premise and basic framework of the plot, threw out most of the eye-roll dialogue, write characters who are at least sympathetic and intelligent enough so you don't want them to die, actually have a backstory that consists of more than some vague allusion to "a curse" (by whom? What kind? Why? When? Jeez, give me *something*, for god's sake), spend another thousand dollars or so for better special effects and hire ACTORS, for god's sake, at least for your three principal characters or at least better than, Somebody's Girlfriend, Man Who Emotes With His Nostrils and That Invisible Mousy Chick From High School Drama Class Who Always Ended Up Doing Wardrobe or Playing a Child in a Non-Speaking Role. If nothing else, at LEAST have a few characters with an IQ that hovers somewhere above room temperature...because it's not scary if you don't give a s*** about the characters. The second star I give only because 1) I'm a sucker for folk horror and 2) the version in my head was pretty entertaining. I'd give that four stars, at least.

PS If I were Polish, I'd be pissed.

Daniel W. KellyReviewed in the United States on January 15, 2021
4.0 out of 5 stars
Love the movie, disappointed in the edited German Blu-ray release--get the UK release
Verified purchase
An atmospheric mix of occult and possession film, The Shrine is one of my faves, and since it never got a U.S. release on Blu-ray, I was hoping to upgrade my DVD to HD with the supposedly "uncut" (as labeled) Blu-ray release from Germany. Good news is it's Region A compatible so it will play on a U.S. player. The bad news is, it's actually two minutes shorter than the DVD! If you want a Region A compatible, uncut release of the film on Blu-ray, get the U.K. disc, also available on Amazon. The edited German Blu-ray version has the cover that says "uncut" and an FSK 18 label on it. The actual uncut UK Blu-ray release has the cover with an 18 logo in each bottom corner.
2 people found this helpful

G. A. GolembiskiReviewed in the United States on October 23, 2017
5.0 out of 5 stars
One of my favorite recent horror flicks.
Verified purchase
The Arrow Films bluray is marked as Region B on the packaging, so I was concerned it would not play in my Playstation 3. I don't know if it will play in all Region A players, but it's region free if you check online. I just wanted to confirm this.

So if you enjoyed it when it was available on streaming services, you can enjoy adding the high definition disk to your library.

The movie itself is a lot of fun. It reminds me of the original Evil Dead in some aspects. Not as gory, or non-stop; but it has solid pacing and a pretty enjoyable change of direction in the third act.
8 people found this helpful

CarmReviewed in the United States on April 17, 2020
1.0 out of 5 stars
Movies no good!
Verified purchase
I do not recommend.
It doesn’t deserve a one rating. It deserves a zero. I ordered two of these movies. Neither one worked. I tried them on two separate bluray players... didn’t work. I tried on a dvd player... didn’t work. I tried them on a computer... didn’t work. When I ordered these two movies, it did not specify it was for use in different countries only.
They were good about issuing a refund. I still did not get the S & H of $3.99.

LulubeansReviewed in the United States on April 26, 2017
5.0 out of 5 stars
Surprised
Verified purchase
This was actually better than I thought it would be. I am not going to spoil the plot, but has something of a twist to it.
4 people found this helpful

WalterReviewed in the United States on November 22, 2020
1.0 out of 5 stars
a High School production
Verified purchase
seems to be written by high school kids
One person found this helpful

MelissaReviewed in the United States on June 24, 2021
5.0 out of 5 stars
WOW!
Verified purchase
Short, exciting, fast-paced and surprising. Hope this is a trilogy.

Samantha NoceraReviewed in the United States on August 19, 2020
3.0 out of 5 stars
Not that bad, but I've seen better.
Verified purchase
That said, it's entertaining enough. I kinda saw the twist ending coming. If you want some good gory folk horror with your popcorn, this ain't bad.
See all reviews
Back to top
Get to Know Us
Make Money with Us
Amazon Payment Products
Let Us Help You
EnglishChoose a language for shopping. United StatesChoose a country/region for shopping.
© 1996-2022, Amazon.com, Inc. or its affiliates