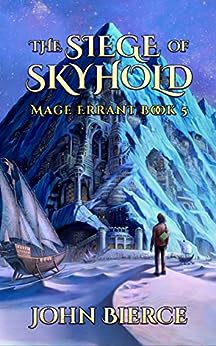 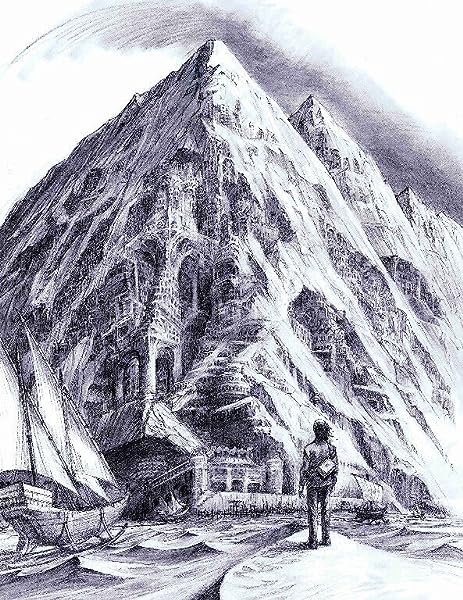 by John Bierce (Author) Format: Kindle Edition
Book 5 of 6: Mage Errant
See all formats and editions
Sorry, there was a problem loading this page. Try again.
The Havath Dominion is marching to war. Humiliated in the ruins of Imperial Ithos, the Exile Splinter stolen from their grasp by the ancient sphinx Kanderon Crux, Havath's Duarchs have assembled an army that dwarfs the entire population of Skyhold. Led by their Great Powers, monsters and mages individually capable of leveling a city, they pose a threat that even Kanderon, one of the mightiest of Great Powers, and her equally monstrous allies might be unable to stop.

As the Havathi forces push closer and closer to Skyhold, Hugh and his friends train relentlessly, hoping to make a difference in the oncoming siege. While they venture into dangerous realms of untested experimental magic, though, they're already caught up in currents far beyond their control.

John Bierce is a history buff, fantasy and science fiction lover, and fan of talking about himself in the third person. He also has a background in the earth sciences, and has been caught licking rocks before. For science.

John has also walked face first into automatic doors on multiple occasions. It's a real talent.

RAY
3.0 out of 5 stars Good not Great
Reviewed in the United States on April 14, 2021
Verified Purchase
The writing is good in this series and that hasn’t changed. While overall the book was enjoyable, this was easily my least favorite of the series, a lot of the dialogue and events felt awkward/forced.

I have no issues with the direction the author is taking things, tho my issues remain mostly in the delivery or presentation of things. Throwing in unexpected things can spice up reading and add a lot of excitement but if not done well it can be kinda jarring even if there are not so subtle foreshadows everywhere.

It just left a bad taste after finishing and all I was left thinking for a long time was, “really...? this is how things played out??”

Kassine
2.0 out of 5 stars Solid continuation of the series... until that end.
Reviewed in the United States on April 15, 2021
Verified Purchase
Most of the book is what one has come to expect from the series. Enjoyable, good development of the main group's relationships, more exploration of the magic system, some fantastic combat scenes, moderate plot progression. The pacing of the writing varies, sure, but that's to be expected considering it being centered on a siege!

I almost would say 4-5 starts... but then there's the last chapter or two which feels so out of left field, so shoehorned in, and so frustrating that it undermines the otherwise enjoyable read and positive thoughts I would have had at the end of things.

The last chapter or two contains a development which is so wildly out of character as to be entirely unpredictable (not in a good way - unpredictable in the same way Gandalf making a cameo would be unpredictable, or Harry actually not being a wizard would be unpredictable). If that's the direction the author planned to take things, cool, but then there should have been some actual foreshadowing and breadcrumbs - because what little there may have been, if any, feels very, very skimpy, incomplete, and hardly well-written. As it is, it feels like a twist for the sake of a twist (think, Game of Thrones season 8 developments) and takes the series in a direction that it didn't even need to go in - there were plenty of preexisting loose threads that would have actually made sense to tackle. But no.

At the end of the day, will I read the next book? Yes. But with my fingers crossed that it finds a way to take the sour taste this one leaves and make it actually satisfying and better in hindsight.
Read more
26 people found this helpful
Helpful
Report abuse

Anne Vaughan
2.0 out of 5 stars I’ll read future books in the series, but I’m no longer eager
Reviewed in the United States on April 16, 2021
Verified Purchase
I was rereading the series when I decided to buy the kindle version rather than waiting until I could find a physical copy. Now, I have such a bad taste in my mouth from that ending, it’ll be a long time before I want anything to do with the series again.

Justin Leverett
5.0 out of 5 stars The book where Everything. Changes.
Reviewed in the United States on April 20, 2021
Verified Purchase
Undoubtedly, this is a worthy and deeply consequential entry in a stellar series. Hugh and his friends at Skyhold continue to augment their abilities in preparation for the political headwinds of Anastis’ great powers to reach a breaking point, and Skyhold endures perhaps the greatest battle in its long history.

I can understand why other reviewers might object to the major plot twist in the book, but to me it felt necessary, though certainly unexpected. Not to tempt fate by hinting at spoilers, but there are beloved characters who meet their demise in predictably epic fashion, and there are beloved characters whose treacherous decisions surprise us. By design, the Siege was meant to be a climax of the series, and nothing will ever be the same afterward. If you are invested in the characters, and were expecting a particular outcome, the shock of the final chapters would certainly be hard to stomach.

However, I personally look forward to seeing what happens from here. If the Battle of Great Powers were a chess game, the events in this book feel like one of the players flipping the board over and forcing a complete redo. Looking forward, it seems that old enemies may become necessary allies, and old friends may be tested in their willingness to confront even those they have come to care about. The book continues the author’s streak of increasingly gripping prose, and amazingly, the book succeeds in upping the ante after the events of Book 4.

One of the best features of the book is the sheer, casual brilliance with which each and every character has been imagined. Loarna of the Vault, for example, has an outstanding battle scene in which we finally get to witness her utterly creative and unique method of dispatching enemies. The methods with which the four main characters upgrade their abilities with enchanted items and rule-breaking, planeshifting, dope-as-hell armor is a thing of sheer beauty for a nerd like me. And l, oh my god, both the preliminary and climactic battle scenes as described are simply adrenaline fueled awesomeness on crack. The book is simply fun as hell. Although the plot twists leave longtime fans with a lot to cry about, myself included, I simply can’t wait to see what happens from here. To John Bierce, wherever you may be-

“Well Done Sir. A toast to you, and to spite, and to great writing!”
Read more
12 people found this helpful
Helpful
Report abuse
See all reviews

Kindle Customer
5.0 out of 5 stars Amazingly shocking!
Reviewed in the United Kingdom on April 15, 2021
Verified Purchase
That ending though...all that needs saying...
This book was fast paced from start to finish. The advancements in the magics were cool and used very well. Had a few sad moments throughout. Some mysterious have come to fruition and more that have been brought forward! Can’t wait for the next one!
Read more
One person found this helpful
Report abuse

Kindle Customer
4.0 out of 5 stars Good series
Reviewed in the United Kingdom on April 17, 2021
Verified Purchase
Like the variety of characters and the different plot threads as they develop. Looking forward to the next books in the series.
Read more
One person found this helpful
Report abuse

StevenP1984aaaa
5.0 out of 5 stars Amazeballs smothered in cheese
Reviewed in the United Kingdom on April 19, 2021
Verified Purchase
I am in awe of this author. Love the series. But literally couldn't put this one down. No spoilers, but was excellent. Plot twists to the very end. We want more!!! Give the people what they want.. (amazon probably frowns on threatening authors in the comments) so I will refrain from it for now.
Read more
Report abuse

Gazzmann
4.0 out of 5 stars A great continuation
Reviewed in the United Kingdom on October 21, 2021
Verified Purchase
I'm loving the characters and story more each book and cannot wait to see what happens next. There are some mistakes here and there but they are just bumps in the road of a good story. Cheers!
Read more
Report abuse

Matt
5.0 out of 5 stars Another amazing chapter in this series!
Reviewed in the United Kingdom on October 5, 2021
Verified Purchase
What can I say. Not much honestly without giving things away. This book continues to provide thrills and surprises throughout with even more development to the characters and plot. I cannot wait for book 6!
Read more
Report abuse
See all reviews