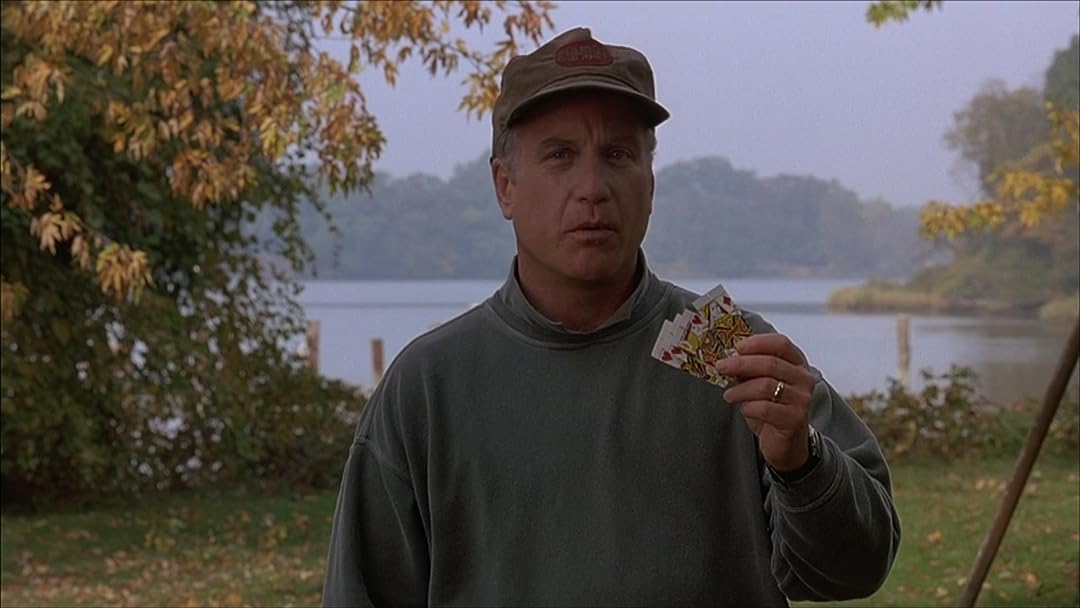 (306)
5.91 h 40 min1994R
An autistic boy witnesses his parents' double murder. Richard Dreyfuss as a controversial therapist, seeks to probe the child's mind in order to solve the case.

Amazon CustomerReviewed in the United States on June 28, 2019
1.0 out of 5 stars
Waste of money
Verified purchase
This movie was listed under the "new releases" and buy/rent....had a date of 2019 on the summary. I paid $3.99 before I found out that this movie is the original from 1990's!!!!!! Don't be fooled....this is the 2nd time in just a couple of days these movies are showing up as "new"...one we paid for the other we didn't....beware
23 people found this helpful

diana a. wiseReviewed in the United States on February 13, 2020
1.0 out of 5 stars
Awful.
Verified purchase
This movie is very dated in how it portrays autism, but that isn't the worst of its troubles.
It is horribly formulaic and the plot devices are laughable. I watched it because of the many high star reviews. The only bad reviews seemed to be about misrepresenting the year of the movie, charging for an old movie under the guise of a newer one, and some playback issues, and I was okay with watching an older movie, especially with Richard Dreyfus and John Lithgow, especially since it was free.

Nope. It should be a 1 star review for the movie.

There were no believable performances, the acting was good but the characters were flat tropes, so there was no way to make them come alive. The plot hinged on a ridiculous premise. In fact, the plot depended on several unlikely events and some laughable impossibilities.

I should spoil the whole movie and save you the time.
But, apparently, there were people who liked it?
So, if you like bad suspense movies and don't mind that they totally misrepresent autism, by turns ascribing magical powers to it, then rendering the child incompetent because of it, then hey, who am I to stop you?

seekerReviewed in the United States on February 16, 2020
3.0 out of 5 stars
Bogus about Autism, but still enjoyable enough as a whodunit.
Verified purchase
OK, this movie was made in the mid-90s when Dreyfus, Hamilton, and Lithgow were all big stars. Lithgow has a very small role as an arrogant psychologist--not really a villain but still somewhere in the territory he visited when he starred in Raising Cain. Liv Ullman actually has more screen time than either Hamilton or Lithgow. She's perfect and the kid is great too, though mostly he just has to stare and look sad or completely freak out. The puzzling out of just exactly what happened at the opening murder and just exactly who did what when is pretty well thought out and the kid serves as the means to solving the puzzle thanks to his remarkable abilities as a mimic. I agree with the reviewer, a psychologist, who says that a diagnosis of PTSD fits the kid's behavior--muteness, catatonia, fits of rage--better than autism. Yes, they throw in some classic autistic traits--spinning, rocking, counting--but they aren't consistent about it. Some of the lines are clunky and Dreyfus is just a step or two away from What About Bob? here--he's already relying a lot on that small man's smugness that he antidoted with humor in earlier roles but which became truly unlikable as his career progressed and the actor's overweening arrogance leaked more and more into his roles. Maybe I'm just a sucker for leaves falling to the sound of a synthesizer soundtrack--takes me back, you know?--but this held my interest and the ending didn't disappoint, even if you might figure out whodunit before the final reveal.
2 people found this helpful

stacy barrReviewed in the United States on June 26, 2019
1.0 out of 5 stars
misrepresented
Verified purchase
The description page of this movie said it was made in 2019 but in viewing and afterward looking it up it turns out that "Silent Fall" was made in 1994 - I feel like I was tricked!
12 people found this helpful

KarynReviewed in the United States on October 23, 2019
1.0 out of 5 stars
NOT A NEW RELEASE
Verified purchase
I rented based on the fact it said it was a 2019 film. This movie is from the mid 90's. Definitely would not have rented had I been aware of that.
6 people found this helpful

jeanniebearReviewed in the United States on April 25, 2014
4.0 out of 5 stars
Many flaws but interesting anyway
Verified purchase
This movie presents a top notch cast and generally well done. The very appealing little boy, with large, sad eyes, who was said to be autistic, was (as they did say in the movie) "high functioning." As a Psychologist myself I could have entertained another at least co-morbid, if not altogether different, diagnosis for the boy. Granted, he seemed to have some mild autistic traits, but he was also deeply traumatized by events prior to the murder of his parents. How much can a little boy handle without having some pretty serious symptomatology, including catatonia (or, not wanting to say what he knew so not to talk at all?). I tended to dislike the wife, played by Linda Hamilton, although I usually like her acting, and thought that her Halloween costume at the end of the movie was appropos. Richard Dreyfuss was great, as usual, and played out his internal conflicts and role with the boy in a credible way. The teenage daughter was stunning in her somewhat creepy role. Part of the ending was predictable, part of it not so predictable; some of the ending scenes were a bit far-fetched, in my opinion, but hey! it's a movie. All in all, this is good drama.
13 people found this helpful

Kindle CustomerReviewed in the United States on August 5, 2013
5.0 out of 5 stars
A Quietly Fine Film
Verified purchase
Not much fireworks in this psychological drama in which Dreyfuss gives a typically fine performance setting a quiet tone for the production. While there are some fireworks before the movie ends, these are, mixing a metaphor, restrained, in keeping with the constraint of the film. This absence of clanging and banging around allows the substance of the film, the psychological dimensions of behavior and the difficulties of dealing with illnesses of the mind which never fail to manifest themselves in the body as well, to become clear to us. Of course, as in the preparation of difficult law cases, when what might take a year in 'real life' is compressed in a play or film, to a quite short period, so, too, with the psychological 'treatment' in this movie, what is a long drawn out period of diagnostic investigation and therapy, of necessity is shortened.
At any rate, this is quite a good movie for the general audience. Key roles are filled well, some of the subordinate ones less so but still with solid competency. Satisfaction with the film for most viewers will be dependent on the degree to which Dreyfuss registers not only as an intelligent therapist but also upon how convincing he is as a humane and decent person.
3 people found this helpful
See all reviews
Back to top
Get to Know Us
Make Money with Us
Amazon Payment Products
Let Us Help You
EnglishChoose a language for shopping. United StatesChoose a country/region for shopping.
© 1996-2021, Amazon.com, Inc. or its affiliates