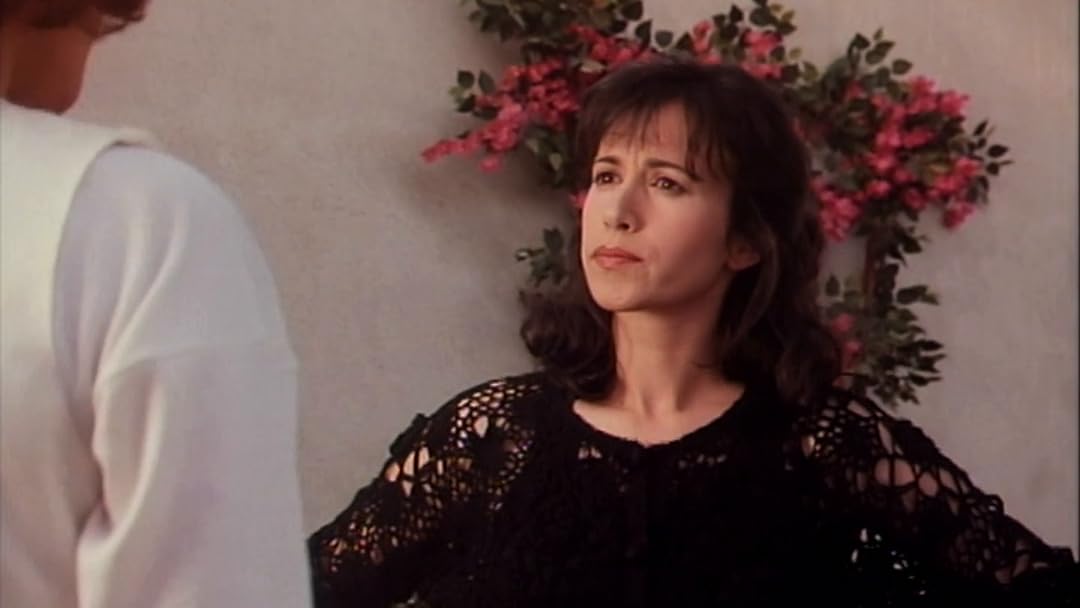 (25)
4.41991R
A mother and her son set out to stop a malicious toymaker and his creepy child from terrorizing the residents of a small town with the deadly toys they create.

ProsperoReviewed in the United States on November 15, 2020
4.0 out of 5 stars
Solid ensemble cast delivers surprisingly good film
Verified purchase
I was totally surprised by this film! These actors have really well-developed and believable characters. This horror film had a few twists and turns also, this fim is overall a really great production

B&S About MoviesReviewed in the United States on December 25, 2019
3.0 out of 5 stars
I loved this way more than I thought I would
Mickey Rooney famously decried the original Silent Night, Deadly Night. He said that the scum who made it should be run out of town for having sullied the sacredness of Christmas. Yet here he is, starring in the fifth installment. Hollywood is funny that way.

Neith Hunter, Clint Howard and Conan Yuzna — who played Kim, Ricky and Lonnie in Silent Night, Deadly Night 4: Initiation — make cameo appearances, but as far as I know, they aren’t the same characters.

One night in December, Derek Quinn finds a gift on his porch. His father yells at him for being awake so late and opens the gift himself, which has an orb shaped like Santa inside it. Soon, it unleashes some tentacles which strangles dad and makes him fall down on a fireplace poker. His wife Sarah soon finds his body.

Two weeks later, Derek’s mom takes him to the toy store of Joe Petto (Rooney) — get it, JOE PETTO — to pick out a toy. Petto’s son Pino — yes, Pino Petto — is a weird duck who tries to get Derek to pick Larry the Larvae. Derek rejects the toys and Joe begins screaming at Pino, blaming him for the toy store failing. While all that’s going on, Noah Adams has followed the family and taken that worm toy, which he gives to his landlord. Larry the Larvae crawls into that dude’s mouth and out his eyeball, proving that this movie isn’t screwing around when it comes to holiday gore.

The next day, Sarah takes Derek to see Santa, who ends up being Noah. There’s also another gift on the porch and if someone didn’t want a gift any more than this kid, I have no idea who that person is.

So that gift ends up being rocket skates and a kid ends up getting hospitalized by them. And oh yeah — Pino gets beaten into oblivion by his dad. And oh yeah part two — Noah is really Derek’s real dad.

What follows next is a sequence where the babysitter and her boyfriend are accosted by a toy hand and then annihilated by an entire army of toys that basically dissects them. Joe steals Derek and Noah reveals that the old toymaker hurt a whole bunch of kids after his wife died by selling them toys that would hurt them.

As they get to the toy store, Noah is knocked out and Pino reveals that he is a robotic boy created by Joe to replace his dead son, but that he can never live up to being a real boy. Joe beats him to the point that he dies time and time again, but now he wants Sarah to be his mom, so he sexually assaults her. Yep. This movie is taking no prisoners.

The end of this movie is completely out of control. The robotic kid — who has an asexual body like a Ken doll — gets chopped in half and his head stomped on, as he cries for his father. You really have to see it to believe it.

Director Martin Kitrosser has had an interesting career, writing starting as a script supervisor on the first Friday the 13th before eventually writing the third and fifth films in that series. He also wrote Meatballs Part II and has gone on to be a script supervisor for nearly all of Quentin Tarantino’s films, with his credit in Once Upon a Time…In Hollywood listing him as Martin “The Cobra” Kitrosser.

Brian Yuzna, who produced Re-Animator, was also on board for this. The effects, by Screaming Mad George, are incredible, with tons of gore and some really inventive deadly toys. Actually, this whole movie is way better than it has any right being, seeing as how it’s the fifth movie in the series. To be honest, it’s better than all

brian kaneReviewed in the United States on December 8, 2019
5.0 out of 5 stars
How did this get made?
Absolutely hilarious. Mickey Rooney sells it. Classic in my book

CHRIS PETROSINIReviewed in the United States on November 11, 2000
1.0 out of 5 stars
THIS IS A REAL STINKER
THIS MOVIE IS SO BAD MICKY ROONEY IN THIS FLOP I CANT GET OVER WELL IF YOU HAVE NOTHING ELSE TO DO AND YOU WANT TO BUY OR RENT THIS MOVIE DONT PAY OVER 2DOLLARS FOR IT.................
One person found this helpful
See all reviews
Back to top
Get to Know Us
Make Money with Us
Amazon Payment Products
Let Us Help You
EnglishChoose a language for shopping. United StatesChoose a country/region for shopping.
© 1996-2022, Amazon.com, Inc. or its affiliates