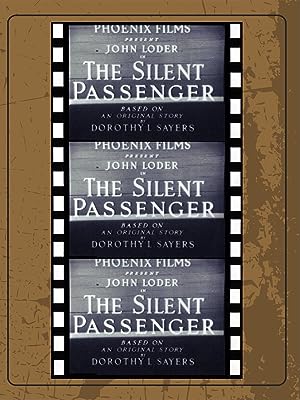 (84)
6.054min194913+
A really well made British murder mystery from British Gaumont studios. Story opens with a dead body found in a trunk. Who's the cold-blooded killer?

David BakinReviewed in the United States on August 1, 2022
4.0 out of 5 stars
Very nice for the late 30's
Verified purchase
Excellent exciting scene with train must have been shockingly unexpected when this movie came out! (You'll know it when you see it.) Acting is interesting as it is still in the transition from silent films to talkies. (You'll know it when you see it!) (Film is from 1935 not the 40s as claimed.) Also, parts of the film are choppy - some bits must have been in too bad a shape to get transferred to digital. But a nice story, nicely done. (Even though Lord Peter Wimsey is acted as if he is Bertie Wooster, way overdoing it on the silly side.)
One person found this helpful

lgeReviewed in the United States on May 1, 2015
3.0 out of 5 stars
A Stand-out Among Similar Movies
Verified purchase
I thought this was one of the better movies of its type I have watched on Amazon Instant Video. (By "its type," I mean "previously unknown to me, B picture, and oldish.")

I thought the mystery elements -- the unraveling of "who done it" and the clearing of the innocent party -- were well-plotted and interesting. And since that's the main part of the movie, that meant the movie was interesting for me. The drama and fighting and capturing-the-criminal parts were exciting.

I have seen Peter Haddon in another movie, and I like him. He has a rather fey, abstracted persona (if I know what "fey" means * ), and he gives people the impression he's a fool -- perhaps intentionally, like Zorro, or the Scarlet Pimpernel, or maybe like Peter Falk as Colombo. Being taken for a dummy works to his advantage. Anyway, I liked him as Lord Peter Wimsey. Others may differ.

All in all, I liked the whole tone of the movie, the interplay between various characters, and the whole package. A pretty good old mystery.

* I just looked up "fey." It means "giving an impression of vague unworldliness" -- that's Haddon's persona, all right. Kind of like Charles Butterworth, or maybe Roland Young.

Jim PReviewed in the United States on September 18, 2016
5.0 out of 5 stars
Terrific 1930s British Mystery Film
Verified purchase
I am methodically making my way through all of the 1930s and 1940s British mysteries available on Amazon, and this is one of my favorites, if not the best so far. Great plotting and a terrific ending that takes place in a train engine work shed. These were the days of the London and Northeastern Railway (LNER) and the filming of the carriage interiors as well as locomotives and exteriors is an added treat. There is even a runaway shunting engine in the climax!

I have read other places that this film was edited for viewing on CBS TV in the 1940s - I would enjoy seeing the original theatrical release - but until then this shortened version does very well.
7 people found this helpful

KatReviewed in the United States on April 7, 2021
1.0 out of 5 stars
Buyer beware
Verified purchase
After purchasing this movie, I waited to watch it until I would be able to watch it with my Mom (we both love Lord Peter Wimsey). When Mom and I finally had a chance to watch it, we opened the packaging and popped it into the dvd player. The first 27 minutes of the movie was great (though the quality you would expect from an old movie), but then it started skipping uniformly in 10 minute increments. This made the movie unwatchable. When I checked the disc, I saw that there was not a scratch on it, but the way the disc looked was odd.
If you purchase this DVD I would recommend trying it when you initially get it so you can send it back if it's like mine, instead of waiting until it's too late.

RocketeerReviewed in the United States on May 6, 2019
3.0 out of 5 stars
Lord Peter Wimsey as utter nitwit
Verified purchase
I've seen a lot of versions of Lord Peter Wimsey, but this one goes distractingly far down the road of Lord Peter As Chuckleheaded Dilettante. Eventually the murder gets solved, somehow, but LPW doesn't seem to have a brain in his head. And he has a distracting and non-canonical moustache. Sayer described Wimsey as having a long clown face, and this actor certainly has that; but that moustache! The gold standard for Wimsey is still Edward Petherbridge, as far as I'm concerned.
Enjoyable as a curiosity only.
One person found this helpful

GreatScottReviewed in the United States on January 20, 2021
3.0 out of 5 stars
Excellent movie with louzy video and sound quality.
Verified purchase
An excellent Hitchcock movie marred by distinctly disappointing audio and video quality.

Amazon should not charge for a movie in such a poor condition.
One person found this helpful

terriReviewed in the United States on December 3, 2021
3.0 out of 5 stars
A little fuzzy
Verified purchase
It’s an old movie, with great plot, if your into dorthy sayer books.
See all reviews
Back to top
Get to Know Us
Make Money with Us
Amazon Payment Products
Let Us Help You
EnglishChoose a language for shopping. United StatesChoose a country/region for shopping.
© 1996-2022, Amazon.com, Inc. or its affiliates