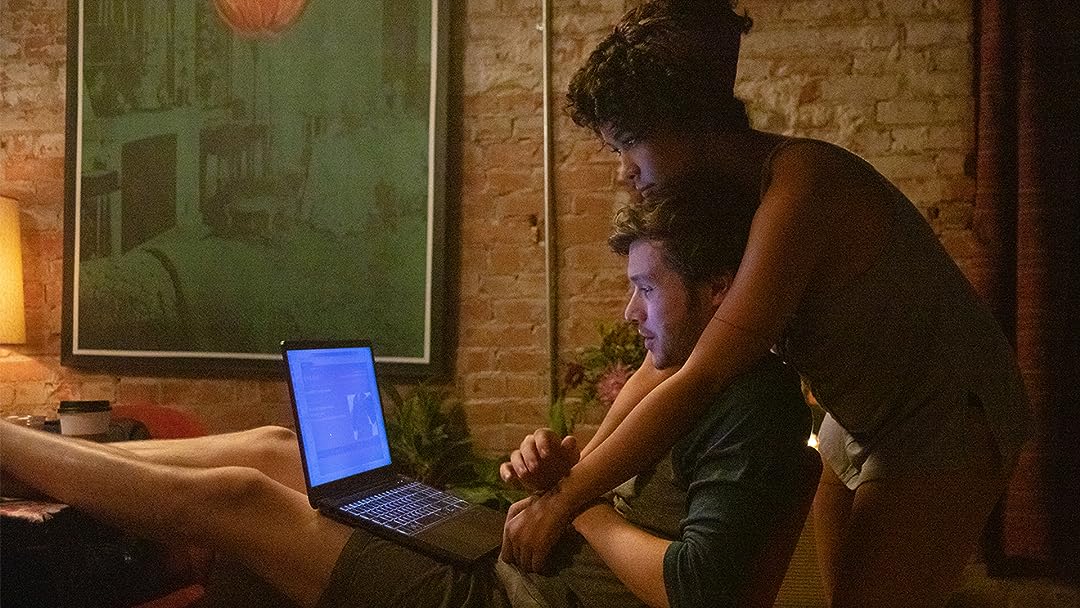 Phil SimonReviewed in the United States on February 20, 2021
1.0 out of 5 stars
Terrible
Verified purchase
I thought that I'd really enjoy this one but it feels like a made-for-cable movie. Check out Nick Bilton's book American Kingpin instead. It's far more riveting than this flick.
25 people found this helpful

Neil GlasserReviewed in the United States on February 21, 2021
1.0 out of 5 stars
Far from the real story
Verified purchase
This movie is "based on real events" - that's using the term very loosely. If you're looking for a fictional Lifetime version of the story, you will enjoy this. Otherwise, the only redeeming feature is that Nick Robinson does a decent job of portraying Ulbricht. If you want the real story, read American Kingpin.
17 people found this helpful

Amazon CustomerReviewed in the United States on February 22, 2021
1.0 out of 5 stars
Complete Fiction
Verified purchase
There were so many inaccuracies in this movie it is insane. They somehow got every thing wrong, who is who, who did what, and what actually happened. Completely unfactual movie of what actually happened to Ross Ulbricht and the Silk Road Story.
16 people found this helpful

Heidi BoghosianReviewed in the United States on February 25, 2021
1.0 out of 5 stars
Shows DEA/FBI incompetence and smears Ross
Verified purchase
This film does an adequate job of portraying the 3-letter agency mess-ups --and unlawful and unethical actions of Carl Force, among others-but it also reinforces sensationalist falsehoods about Ross, notably the "hits for hire" that never happened and for which he was never charged. What a waste of money and talent like Jimmi Simpson who portrays Agent Chris Tarbell. Tarbell was also responsible for arresting brilliant hacktivist Jeremy Hammond in Chicago in March 2012. More wasteful than this film are the two lives of Ross and Jeremy, both of exceptional creativity and talent.
10 people found this helpful

JamesReviewed in the United States on March 14, 2021
1.0 out of 5 stars
This movie doesn't do the real story of Silk Road justice, no pun intended, save your $$
Verified purchase
Truly awful and inaccurate account. The story of Silk Road is fascinating, but this movie failed on every level. There wasn't even one mention of Gary Alford, the tenacious IRS agent who identified DPR months before the FBI figured it out - he's one of the real heroes of this story; instead they took liberties with the truth and watered down the actual events. Just read the news articles or American Kingpin and you'll be more entertained and satisfied by the true story. Don't waste $5.99 on this drivel.
9 people found this helpful

E SmytheReviewed in the United States on March 8, 2021
1.0 out of 5 stars
what did I just watch?
Verified purchase
After reading the book American Kingpin, I am highly disappointed in this semi-accurate version of a true-life crime story.
8 people found this helpful

AlbertDesignReviewed in the United States on April 9, 2021
1.0 out of 5 stars
Avoid This Film. It's HORRIBLE
Verified purchase
This is a horrible movie. Do not waste your time watching it.

I say this because it's not a good movie. And it's made even worse by the fact that it's an incredible story. An amazing story. Don't be fooled by the fact that this movie has the same name as the website. It barely scratches the surface of the real story. And so much stuff is made up and not true. They even say so at the beginning of the film. Which is ridiculous, because this story has been documented in one of the greatest books ever written about a story like this.

Seek out the book called "American Kingpin" by Nick Bilton. It is one of the most thoroughly researched books you will ever read. It's a remarkable feed in reporting and investigative journalism.

And here's one of the big problems with the film, it's not based on this book. The film is based on an article. So the underlying material is super weak. And why these filmmakers didn't bother to option the book, I do not know. Perhaps it's under option to someone else. But if you're going to make a movie about this topic and someone else's options that book, then you should move on to another topic.

I cannot urge you enough just to your clear of this film. It's such a great story. And this film ruins it.

A pathetic display of pretending to be creative.

Go get that book - I promise it's a winner:

Phil CasausReviewed in the United States on February 23, 2021
1.0 out of 5 stars
Horrible Movie & Worst Ashamed It Was Filmed In My Home Town Of New Mexico
Verified purchase
First of all this movie was not accurate on Rosses life or what went of with Slick Road!! Second I can't believe they actually paid the writers, directors and idiots of New Mexico to film this movie. I am ashamed they even filmed it in my home town of New Mexico. I have been in the movie industry and I could have ran circles around these dumb idiots. I would and will never recommend this movie to anyone!! Waste of my time and a waste of my money!! I guess that's what I get for trying to support POS local work!!
7 people found this helpful
See all reviews
Back to top
Get to Know Us
Make Money with Us
Amazon Payment Products
Let Us Help You
EnglishChoose a language for shopping. United StatesChoose a country/region for shopping.
© 1996-2021, Amazon.com, Inc. or its affiliates