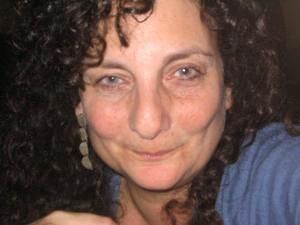 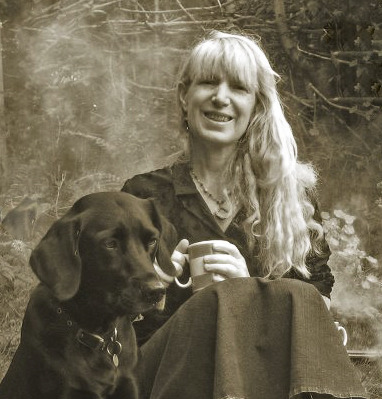 "Allie and Bea" by Catherine Ryan Hyde
Humor and heart move the fast-paced journey of an unlikely pair coming together to form a family of their own in this touching story from New York Times bestselling author Catherine Ryan Hyde. | Learn more

Forget about Andrew Lang--Ellen Datlow and Terri Windling argue that fairy tales are not the pastel fantasies of Victorian children's books but rather are drawn with primary passions: love, hate, greed, sacrifice, joy, and sorrow. Silver Birch, Blood Moon is their fifth anthology of original stories with fairy tale sources, "reimagined" for adults.

Nancy Kress retells "The Emperor's New Clothes" with a delightful twist in "Clad in Gossamer"; Harvey Jacobs unleashes laughter with "The Vanishing Virgin," starring an untalented magician, his lovely but frozen assistant, and "a balding, sullen rabbit" called Pooper; Michael Cadnum and Nalo Hopkinson present equally pointed but distinctly different takes on the story of two sisters spelled to speak according to their natures in "Toad Rich" and "Precious"; Wendy Wheeler reworks "Beauty and the Beast" using Caribbean colors in "Skin So Green and Fine"; and Richard William Asplund blends the Arabian genie with the wonder-working rabbi of Hasidic legends to create "The Dybbuk in the Bottle."

The stories here are less gruesome than in the previous collections, and both sexes claim heroic as well as villainous characters. So enter imagination's marketplace, and watch the storytellers at work. It's amazing what they can do with a bit of old legend. --Nona Vero

Silver Birch, Blood Moon is the winner of the World Fantasy Award in 2000 for Best Anthology.

Terri Windling has edited more than twenty fiveanthologies, and has won five World Fantasy Awards.She is the author of The Wood Wife (a mythic novel foradults, and winner of the Mythopoeic Award), A Midsummer Night's Faery Tale (for children), and otherworks. In addition, she is a consulting editor for Tor Books.She divides her time between homes, in Devon, England,and Tuscon, Arizona.
Read more
Start reading Silver Birch, Blood Moon (Fairy Tale Anthologies Book 5) on your Kindle in under a minute.

4.4 out of 5 stars
4.4 out of 5
75 global ratings
How are ratings calculated?
To calculate the overall star rating and percentage breakdown by star, we don’t use a simple average. Instead, our system considers things like how recent a review is and if the reviewer bought the item on Amazon. It also analyzes reviews to verify trustworthiness.
Top reviews

tilla
4.0 out of 5 stars A very varied bunch of stories
Reviewed in the United States on February 12, 2019
Verified Purchase
An interesting collection of fairytales made new. Some of them are just lovely; others are anything but. They're all interesting and wildly different from the stories you read as a kid or that mom might've read to you.

I think my favorite was the Rumplestiltskin remake as the miller's daughter was able to see beyond the surface and the Rumplestiltskin character wasn't an evil little gnome while the handsome young king was a jerk and stupidly cruel. There were a couple of stories I had a hard time getting into and a couple I didn't care much for, but mostly they were at least interesting and some were almost enough to make you cry happy tears
Read more
7 people found this helpful
Helpful
Report abuse

craftypaula
5.0 out of 5 stars Both Timely and Timeless
Reviewed in the United States on October 29, 2020
Verified Purchase
Retellings that don't just mine folklore for ideas, but actually add to the body of old stories. These selections are like finding a box of letters from your grandmother in places you didn't imagine she had been.
Read more
One person found this helpful
Helpful
Report abuse

Afresh30
5.0 out of 5 stars Buy this book....
Reviewed in the United States on April 5, 2015
Verified Purchase
I've tried to wait until I'm not gushing about this book yet I can't. I rarely give five stars this book deserves it. I'm a woman who as a child enjoyed fairy tales on both sides(the light and dark tales) and it awakened in me love for reading. I have a few hard copies of the series and I missed a few then I found them on kindle. I truly liked these stories not one was disappointing and we know in anthologies there is usually a few that we skip thru, not here, each was engaging, entertaining and complete. I felt like I was revisiting some old friends, in tale and authorship and met a few who impressed me greatly. I know this book has been out for awhile for those people come back for a new look, for the new, ahhh just sit back relax and enjoy these tales. I recommend this book and all of them in the series.
Read more
5 people found this helpful
Helpful
Report abuse

Wanda Grooms
5.0 out of 5 stars No more sterilized happily ever after fairy tales. Take another look!!!
Reviewed in the United States on August 22, 2018
Verified Purchase
One of the best collections I've read in some time, and I'm planning on checking out more of this series. I love the thought of taking back our fairy tales from those who have sterilized them in the first place, and giving them a fresh take, an update and maybe a look from a different angle! It's so refreshing to see what these authors have have done! Fresh eyes, outlook & a new era, they are truly amazing!!!
Read more
One person found this helpful
Helpful
Report abuse

K. P. Cunningham
4.0 out of 5 stars Entertaining variations
Reviewed in the United States on March 16, 2018
Verified Purchase
There are several Princess and the Frog variants along with other remodelled fairy tales. Nice , light reading for bedtime.
Read more
One person found this helpful
Helpful
Report abuse

Robin Behrent
5.0 out of 5 stars Silver Birch, Blood Moon
Reviewed in the United States on April 29, 2015
Verified Purchase
Very interesting collection. I enjoyed each author's take on fairy tales. I've always been interested in this genre of writing and always thought that there needed to be more depth to fairy tales. Job well done here.
Read more
One person found this helpful
Helpful
Report abuse

Cecilia Rodriguez
5.0 out of 5 stars Fairy tales for adults
Reviewed in the United States on April 18, 2015
Verified Purchase
This is part of a series of out-of-print books that every fan of fairy tales should have. With the resurgence and popularity of re-imagining classic fairy tales, this series did it best and it is amazing.
Read more
4 people found this helpful
Helpful
Report abuse

Andrea Frankel
4.0 out of 5 stars nice anthology
Reviewed in the United States on July 21, 2016
Verified Purchase
Some really good stories here, with few outright duds. I tend to read anything edited by Datlow & Windling, so relative to the other adult fairy tale collections, I'd say this was 80th percentile.
Read more
One person found this helpful
Helpful
Report abuse
See all reviews

Harold Birtwistle
5.0 out of 5 stars Sets a standard that is very hard to beat
Reviewed in the United Kingdom on October 3, 2015
Verified Purchase
This is one of a series of 6 books of short stories based upon or inspired by fairy tales but you should re me more that the originals were very different to the 'happy ever after' tales that are in circulation today.
Many of the stories are by authors prominent in the field of fantasy and the rest aren't well known (at least to me) but what they all have is a range of new, entertaining ideas, some quirky, some amusing and some with unexpected twists.
There's no horror or shivers here but there's much to set you thinking and very nearly every yarn is enjoyable but beware - if you enjoy this book you may well feel you have to read the other five.
Finally, one regret: I should have read the stories on which these are based before I started!
Ps. Wonderful cover artwork
Read more
One person found this helpful
Report abuse
See all reviews
Back to top
Get to Know Us
Make Money with Us
Amazon Payment Products
Let Us Help You
EnglishChoose a language for shopping. United StatesChoose a country/region for shopping.
© 1996-2022, Amazon.com, Inc. or its affiliates