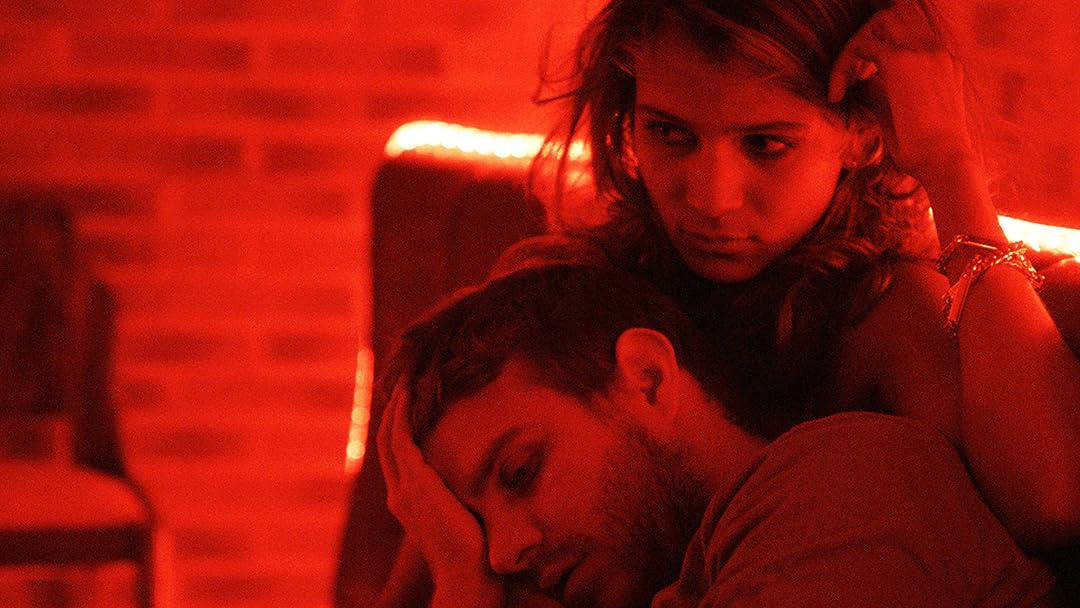 (42)
6.31 h 45 min201318+
A recent American college graduate traveling through Paris embarks on an intense relationship with a young prostitute in this dark and sexy thriller.

sylviaReviewed in the United States on October 17, 2019
4.0 out of 5 stars
Simon The killer
Verified purchase
First off I haven't done any research on the movie, but this was my take. At first Simon seems like a legitimate younger guy from New York who travels to Paris to help himself work through a break up. You actually feel for the guy because he seems young, inexperienced and lost. However, about halfway through the film you start to become suspicious of the young innocent-seeming guy. You start to question what he's really doing in Paris and therefore everything he has claimed. The film climax occurs when Simon, completely out of character, violently attacks his new prostitute girlfriend. Then the reality of Simon hits you like a hammer, which is the film's best gift. The question is: is Simon going to become a psychopathic killer? They portray him having many of the issues that are associated with serial killers which are sexual deviances combined with his "mommy issues." Great film and good soundtrack, yet I had to give it a 4 star because I would've liked to see some more character development. We just had so little to go on.

Monorail91Reviewed in the United States on June 11, 2013
5.0 out of 5 stars
Fantastic but definitely not for everyone
Verified purchase
Told almost as a modern-day version of the novel In a Lonely Place, Simon Killer places us with a young American man fresh upon arrival in Paris (or so he says). He is struggling with getting over his ex, and falls in love with a French prostitute, also with (literal) scars. As seen in the trailer (so no spoilers), the two devise a scheme to blackmail her clients for cash. This doesn't quite work out.

The unique experience of this film is further developed through the contrast of highly cinematic, "fake"-feeling camera work with exceptionally neorealistic dialogue and acting. The very long shots feel as if we could be there watching live, but with the slight disconnect of a perfectly framed angle, or smooth turns bridging opposite characters or ends of the room.

The focal point of the film, of course, is Simon himself, delivered in a fantastic performance by Brady Corbet (who you may recognize from Thirteen). He is nearly impossible to take your eyes off of, and gives a remarkably rich and believable portrayal of a womanizer, criminal, and yes, killer.

Simon Killer is also extraordinary in how much it takes us by surprise - we rarely get films, either studio or independent, which places us with your everyday man who has the potential to kill. Recalling earlier events, I can now look back and see how we were given clues that Simon could be a criminal all along, but an audience is often unwilling to accept that our narrator, our door to this experience, is capable of such terrible acts. We share in his experience but don't want to bear the guilt of his actions. The film lets off a chilling conclusion and a sense of fluidity, that these events have likely happened before and will probably happen again.

Simon Killer is a shining (?) dark spot in a year of film that was largely optimistic and happy-go-lucky. It offers a very fresh take on the traditional narrative and gives us an unforgettable cinematic experience.

Budas RootReviewed in the United States on January 8, 2014
3.0 out of 5 stars
Mixed emotions
Verified purchase
This is a well-made and often audacious film. Its prickly willingness to make everything sordid and ugly -- while fleshing this out with exhilarating editing, music and camerawork -- carried me through several enthralling watches, along with Brady Corbet's uncanny performance. But, though I still can't stop watching Corbet work his rancid spell (no one is doing "sexy young creep" better right now), I have begun to see him and the film as rather self-indulgent and a bit flailingly pointless. It's sort of fin-de-siecle art fifteen years too late, it doesn't need the unwieldy meta-subject of how visual culture deludes and tricks the brain (duh), and it should be less in awe of the tawdry sex which it loves to be aghast at. In other words, Ulrich Seidl among others has given sharper and more challenging films about some of these same subjects. In other other words, it panders to a high-minded viewership who can take comfort in calling its desperate characters "sociopaths" when that's not really what they are at all -- just young, sad, lonely, down and out, and speaking two different languages ... er, three, counting the universal one. In other other other words, not being able to trust a film's good reviews has become for me an indication not to fully trust a film. But I wouldn't bet against myself watching it several more times over the next few months. It's just that kind of spicy noodle -- empty calories maybe, but tasty as all get out.
One person found this helpful

Joe KlamathReviewed in the United States on October 24, 2020
4.0 out of 5 stars
Pretty solid film
Verified purchase
I thought it was well acted and there was some decent acting in the film.

NovemberMoonReviewed in the United States on May 28, 2017
4.0 out of 5 stars
Sometimes the Best Monsters are Those in Human Form.
Verified purchase
This Mama's Boy Sociopath is truly pathetic. But entertaining to watch and study from nonetheless. A very good cross between drama, horror, and the psychological. I would recommend to the right viewer.
One person found this helpful

valariReviewed in the United States on June 13, 2020
5.0 out of 5 stars
very good
Verified purchase
I enjoyed this but ending was not expected.

BrittanyReviewed in the United States on July 20, 2020
5.0 out of 5 stars
Good movie
Verified purchase
Really good movie. Not too much of a point to it but I enjoyed watching it.

HauteTraderReviewed in the United States on February 16, 2020
5.0 out of 5 stars
Fantastic and sexually titillating study of a true psychopath
Verified purchase
Great movie. 5stars
See all reviews
Back to top
Get to Know Us
Make Money with Us
Amazon Payment Products
Let Us Help You
EnglishChoose a language for shopping. United StatesChoose a country/region for shopping.
© 1996-2022, Amazon.com, Inc. or its affiliates