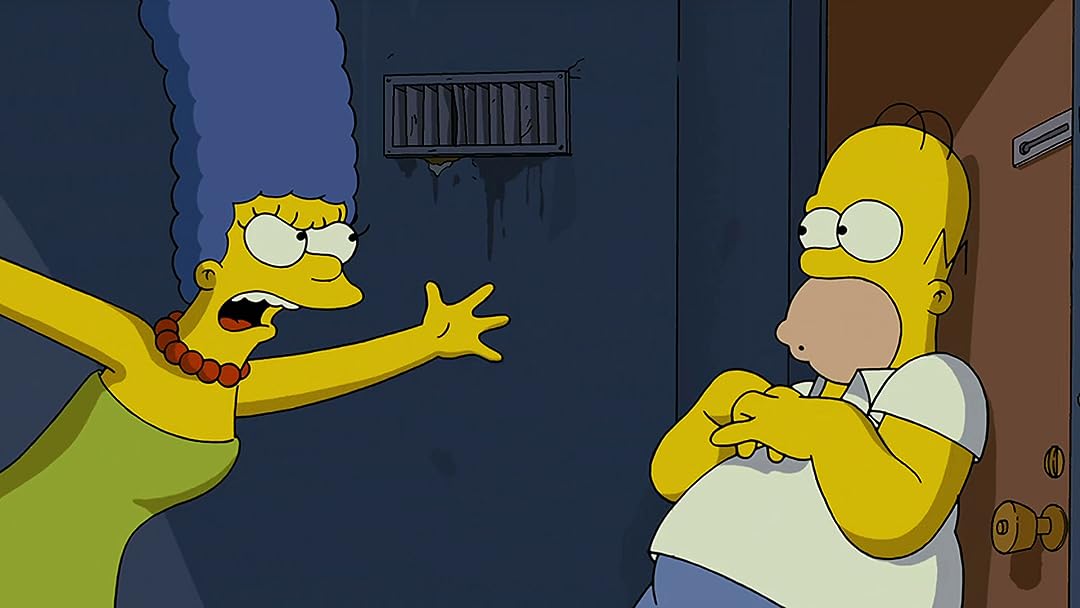 (3,321)7.31 h 26 min2007X-RayPG-13
In the eagerly-awaited film based on the hit television series, Homer must save the world from a catastrophe he himself created.

Rob GoblinReviewed in the United States on June 20, 2019
1.0 out of 5 stars
NOT Multi Format
Verified purchase
When purchasing the multi format version be advised you will only receive the Blu Ray version. I assume multi format means some variation of blu ray/dvd/digital will be included but not one single medium. Ironically the blu ray version retails for twice the amount of the multi format! The movie itself is fun and I really enjoy it but the special features leave alot to be desired.
13 people found this helpful

Amazon CustomerReviewed in the United States on August 31, 2018
5.0 out of 5 stars
True to what The Simpsons is.
Verified purchase
I watched this movie and had seen the show (in fact I'm watching the show while I'm writing this review) and I was impressed. The animation was beautiful, the humor is clever (makes sense because there was eleven people who wrote the screenplay for this film), and I loved seeing all the characters of Springfield in a theatrical film. I will also say that seeing Tom Hanks was also a treat. I think that if you love the show, you need to see this film because it doesn't disappoint.
9 people found this helpful

km_wonderingReviewed in the United States on February 14, 2019
4.0 out of 5 stars
Grows on you with each watch.
Verified purchase
When I first saw this movie, I barely laughed since I was years out from watching the Simpsons show itself. Then I started binging on the show and found a new love for the show.

Before that this movie kept in the back of my mind and I wanted to watch it more and more each time I thought about it. Now I can't help but laugh at different parts watching the movie.

Gordo nation19Reviewed in the United States on August 4, 2020
5.0 out of 5 stars
The Simpsons movie
Verified purchase
This is a great movie, very different from the series but I love it. It's of course better produced and the animation looks more high def. It's just a great movie and funny of course cause it's the Simpsons. A great through back with great moments, great memories of course I recommend it.

CameronReviewed in the United States on August 15, 2018
4.0 out of 5 stars
Released in 2007
Verified purchase
Second time watching this movie in almost ten years! and most of the jokes still resonate today. Our sides were hurting from the extremes the Simpsons family went through and their very relate able struggles. It's a family movie that emphasizes dysfunction and how to pull together even when all seems lost. And it was the 3rd time I bought this movie because it dared to defy CGI animation in a time when that was far more popular, when a lot of controversial animation shows were taking other risks and blurring the line between what is acceptable for adults and what is NOT acceptable for children. I will be watching this again and again. That is saying a lot in an overkill entertainment age.
5 people found this helpful

takethekmanReviewed in the United States on December 19, 2007
4.0 out of 5 stars
Funny Throughout
Verified purchase
This is only the 2nd time I have seen this movie, and it's gotten better with one repeat viewing. After a hilarious first 10 minutes, it settles into story mode; The jokes are fast and furious, often going overlooked; They managed to pack alot in here, and I imagine it will take a dozen viewings to even catch half of them. There are lots of cool nods to the hundreds of TV episodes, and most of the characters have a moment to shine. The animation is crisp and at times jaw-droppingly beautiful; Even the 'action scenes' come off quite well, esp. the one at the end.

While I was not laughing constantly, the smile on my face never left; Even the deleted scenes/extra special stuff were funny!!! Albert Brooks is always a welcome addition to any Simpsons fare, and this is no different; His character reminded me a bit of Hank Scorpio; Even Tom Hanks has a great moment.

Bottom line: Funny the first time, will only get funnier w/repeat viewings. A must for fans!!

RMurray847Reviewed in the United States on July 30, 2007
5.0 out of 5 stars
For Simpsons fans...it's 90 minutes of pure bliss!!
Verified purchase
It's tough to review a film like this, because it is for such a particular audience. If you know and love the Simpsons...you simply MUST go. If you've never seen the Simpsons, you probably wouldn't go to the movie anyway...but if you did, you'd certainly miss out on most of the fun. The movie TOTALLY assumes you already know all the people...there's no introduction, no easing into it. It's basically like 4 great episodes strung together.

But that's too simple. To me, the makers of the film had to overcome the obstacle of how to bring an 18 year old series to the screen and make it seem worthwhile...not just charging money to see something that we could see at home. So how did they succeed so well?

To me, many, many episodes of the Simpsons revolve around Homer screwing up something so bad that he's seriously in the dog-house with Marge, and must then try to win back her affections. Well, in the movie, Homer mananges his BIGGEST screw-up ever and it results in much, much more than simply ticking Marge off. Their marriage is truly threatened. When that moment sinks in for the two of them...it's touching filmmaking indeed. When did a couple of hapless cartoon characters become capable of bringing us to tears? (Years and years ago, actually...but the film drives it home).

Also, the animation is kicked up a notch...mostly because the backgrounds are much richer than the TV show. It's the Springfield we know...but it's also more textured. And there are a couple of scenes so monstrously huge (I don't want to spoil anything, but they involved Homer on a motorcycle inside a giant glass dome) that they BEG to be enjoyed on a big screen. It's kinda like wondering why a PIRATES OF THE CARIBBEAN movie is better on a big screen. Just look at it, and you know why.

Also, even without these elements, I would now say that seeing a Simpsons "episode" in a theatre with a few hundred other fans is a beautiful experience. That alone was worth the money. It was a communal event. One drawback...I must now see the movie again, because we were all laughing so hard at times that I know I missed some stuff!!

The movie is funny, touching and inventive. It's a wonderful effort and I had a GREAT time!!

Couple of little things that seem to be of concern to some of the reviewers here. Remember, the movie is PG-13 and it should be. Don't take a five year old or ten year old. Do they fully appreciate the humor of the Simpsons anyway. But just so you know...Homer gets to flip the bird (VERY funny), Marge let's out a non-TV friendly obscenity and in a jaw-droppingly funny scene, Bart skateboards in the nude and we briefly see a bit more than we expected!! This scene also brought what is now the funniest Ralph Wiggums line ever (replacing "My cat's breath smells like cat food.")

Just writing this review, I want to go see the movie again right now.
One person found this helpful
See all reviews
Back to top
Get to Know Us
Make Money with Us
Amazon Payment Products
Let Us Help You
EnglishChoose a language for shopping. United StatesChoose a country/region for shopping.
© 1996-2021, Amazon.com, Inc. or its affiliates