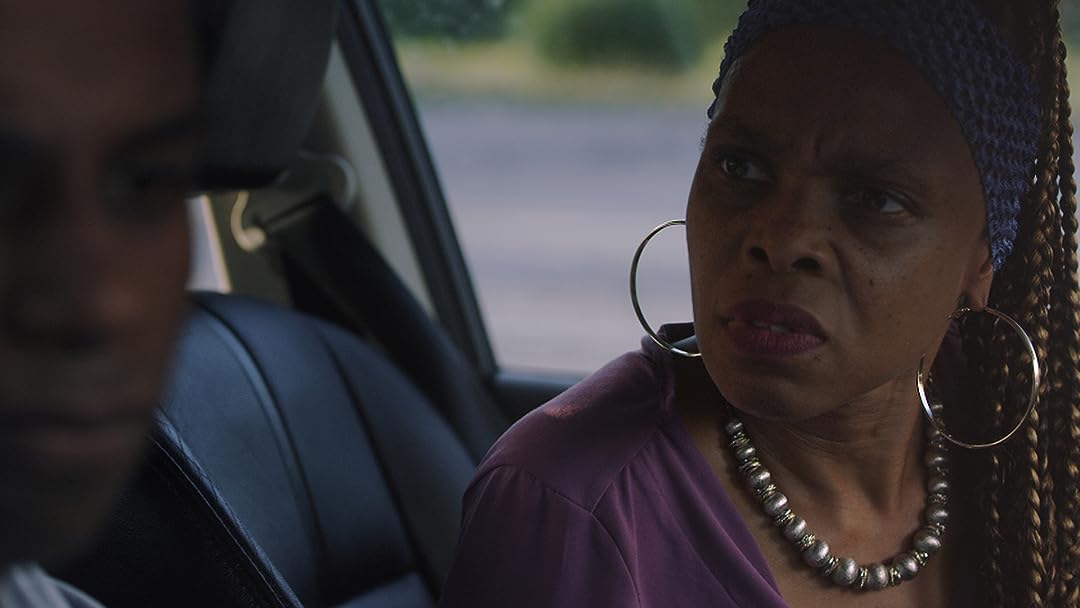 (88)
1 h 28 min201913+
After a sudden tragedy, a recovering alcoholic attempts to reconcile with his two estranged sons over a weekend, but the encounter reveals skeletons from the family's past that he must accept, or risk losing his sons forever.

The All-Seeing IReviewed in the United States on February 9, 2019
5.0 out of 5 stars
An Expertly-Told Addiction Film
Verified purchase
Kenneth R. Nelson Jr. confronts themes of addiction and the absence of childhood with a supremely delicate touch and an immense sense of depth in his emotional family drama, "Sincerely, Brenda."

This great movie delivers us to the scene of a broken, scattered family brought back to a shared space by the death of a mother. That fresh pain is compounded as old wounds open among the survivors. Brutal in its honest depictions of alcoholism as a family disease, Nelson goes places often considered too wrenching in big-screen portrayals of addiction. It helps that he nails his casting, as the actors deliver spot-on portrayals of those swept up in familial collapse, channeling a hurt too often obscured by the high sheen of the film's Hollywood counterparts. We are with these characters as Nelson masterfully evolves the story to weave in themes of acceptance and forgiveness.

In the sum of its parts, "Sincerely, Brenda" is a wonderful and challenging film, and one which lends itself to a wide audience in its expert treatment of a family situation all too familiar to many. - (Was this review of use to you? If so, let me know by clicking "Helpful." Cheers!)

Curtis W. JacksonReviewed in the United States on September 7, 2019
5.0 out of 5 stars
A Painful Weekend is an Award-Worthy Cinema Debut
Verified purchase
Amazon is fortunate to host one of the best independent film dramas of 2019; in emphasis, it is a modern-day classic. (It was officially released in 2018.) I am looking forward to purchasing it for my family. Brenda, (Tiffani Ferguson Pruitt) the title character is an unfortunate accident victim grieved by her ex-con husband and adult sons, Donovan and Micheal. The tragic death occurred while the once household of four are separated from each other (by distance and emotion) in the wake of a broken family. Their history together was inflicting by painful circumstances including Charles, the disgraced alcoholic husband, and father serving time for causing an auto death.
With Brenda out of the picture, Charles (Rico Bruce Wade) invites a weekend reunion with his estranged sons. It's a first name basis; they avoided calling him 'dad.' Donovan, (Leonydus Johnson), a successful lawyer with a devoted wife, Grace (Briana Elle Jones), Charles a freelance photographer (Sean-Vaughn), brought their emotional baggage unloading it on their father edged with angered bitterness. Micheal, a tarnished artist, hoping to restore his career is the most resentful. So much his feelings could not tolerate any cherished memories shared at the dining table, seeing them as a veil covering the wrongness that ruined his childhood.
A weekend is a short time for Charles to restore his relationship with his sons anticipating returning to their lives away from him. Writer-Director Kenneth Nelson Jr. (his first film) relates a realistic picture of how impossible and aspirating reconciliation is for this recovering alcoholic yearning to redeem himself. What explained here might communicate a negative, dishearting motion picture; for me, it is positive with Charles as the perfect anti-hero. At least, he has one, supportive person rooting for him his ex-wife friend, Denise (Teri D. Brown).
Many filmmakers telling tough dramatic stories might enhance feature films with corrosive content; strong profanity, sexuality, violence, other hard stuff, alternatively, an evangelical message. Sincerely, Brenda remarkably averts much of that (cheers!) and surprisingly is brilliant. It is a solid PG-13 for its mature content without being exploitative. Scene after scene, the story unfolds, allowing us to become acquainted with each character and their backgrounds, every one uniquely performed with excellence. Perhaps, the only unfortunate thing is 'Sincerely, Brenda' will probably be overlooked by the Oscars and other award events. Hopefully, we'll view future accomplishments from Nelson Jr.
Sincerely, Brenda contains robust thematic content, heavy cigarette smoking, verbal and physical confrontations, alcoholism including a youth drinking whiskey, a recollection of a fatal car accident, pregnancy blood. Adultery, abandonment, and other offenses are mentioned through-out the film. Physical affection, including close embraces and a married couple kissing, are also featured.
One person found this helpful

JGReviewsReviewed in the United States on February 8, 2019
5.0 out of 5 stars
Powerful film about loss, pain, and forgiveness
Verified purchase
Sincerely, Brenda is about a family coming together after the death of Brenda, their mother/wife. The film follows the father, a recovering alcoholic, who tries to reconcile with his estranged sons after a troubled time in his life when he wasn't really there for them. Sincerely, Brenda is a very well executed film, particularly for an indie film. I watch a lot of independent films and a lot of times you have to look past flawed technical elements, but Sincerely Brenda has very high end cinematography (I say this as a cinematographer myself), a touching score, and good acting and directing. There's also a revelation toward the end of the film that was very powerful. From looking at his IMDB profile, it seems like this might be the director's first film, which makes this quite an accomplishment. I found Sincerely, Brenda to be a very good film about loss, pain, and forgiveness that I would recommend to anyone.
One person found this helpful

Camaryn Kimball Reviewed in the United States on September 12, 2019
5.0 out of 5 stars
Forgiveness and reconciliation
Verified purchase
This is a beautifully written heart felt drama. It shares with the audience the trickle down effects of alcoholism. It shows the emotional turmoil that can be carried from adolescence to adulthood. Sincerely, Brenda teaches us communication is key. We can't always go by what we are told. We have to ask questions to gain understanding. This movie gives people hope that you can forgive and reconcile. I love how every aspect of this movie was tied together. The music was perfect and made this film even more impactful. Great job! This is a must see! I believe it will bless many families and change hearts. It left me so full...

openmindedReviewed in the United States on June 7, 2019
5.0 out of 5 stars
A Lesson on Forgiveness and Redemption
Verified purchase
This independent film about an "recovered" alcoholic father who gets an opportunity to reconcile with his sons after the tragic death of his wife, their mother. The pain rushes in after the scars of past mistakes and unwise decisions are scraped off during the son's visit home for their mother's memorial service. The acting for all involved was superb to say the least. The story as it unfolded was genuine and right on point as the actors made this most difficult story real and understood as a difficult journey to forgive their father for the pain he caused them. This film kept my attention for the whole time and solidified in my mind that redemption and forgiveness is possible like "10 years of sobriety" with a lot of determination, hard work and prayer. Thank you Kenneth Nelson Jr. for such a wonderful depiction of black life that could easily have been the lives of any family regardless of their skin pigmentation.

FabulocityReviewed in the United States on February 9, 2019
4.0 out of 5 stars
sincere and real
Verified purchase
Alcoholism and addiction are very much a family disease and Kenneth Nelson Jr.'s depiction of the inner workings is spot on. Themes of the strength of forgiveness and acceptance as an antidote to that which tears a family apart is what I loved so much about this movie. I felt transplanted into people's lives instead of feeling like I was watching a film. The performances were all very solid and the conflict very real. Touching and meanigful, this movie tackles a touch subject with grace and dignity.

Yana SReviewed in the United States on October 6, 2019
5.0 out of 5 stars
Believable story of Dysfunctional family.
Verified purchase
A story of dysfunctional family fueled by addiction and pain. A story of broken family with the next generation afraid of the past, becoming their parents and continuing the cycle. The story highlights the pain of real-life stories well. The sorrow and troubles of what a funeral with broken people look like. I would recommend you watch it with a box of tissues.

Shunita OsborneReviewed in the United States on February 4, 2019
5.0 out of 5 stars
A must see riveting kind of movie
Verified purchase
This is my second time viewing this movie and it was just a extraordinary, emotionally charged, realistic and superb the second time. The characters were immensely talented in capturing the pain of growing up with hurt, abandonment, addictions and loss of childhood. This movie is a conversational piece that creates a discussion of topics that are sometimes considered taboo.
One person found this helpful
See all reviews
Back to top
Get to Know Us
Make Money with Us
Amazon Payment Products
Let Us Help You
EnglishChoose a language for shopping. United StatesChoose a country/region for shopping.
© 1996-2022, Amazon.com, Inc. or its affiliates