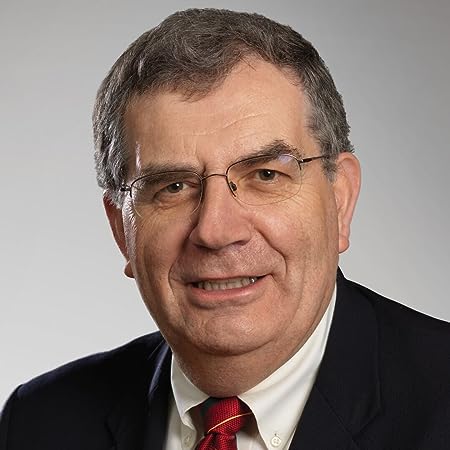 About Sinclair B. Ferguson

Dr. Sinclair B. Ferguson is a Ligonier Ministries teaching fellow and Chancellor’s Professor of Systematic Theology at Reformed Theological Seminary. He previously served as senior minister of the First Presbyterian Church in Columbia, S.C., and he has written numerous books, including The Whole Christ, In Christ Alone, Devoted to God, Some Pastors and Teachers, In the Year of Our Lord, and Maturity. 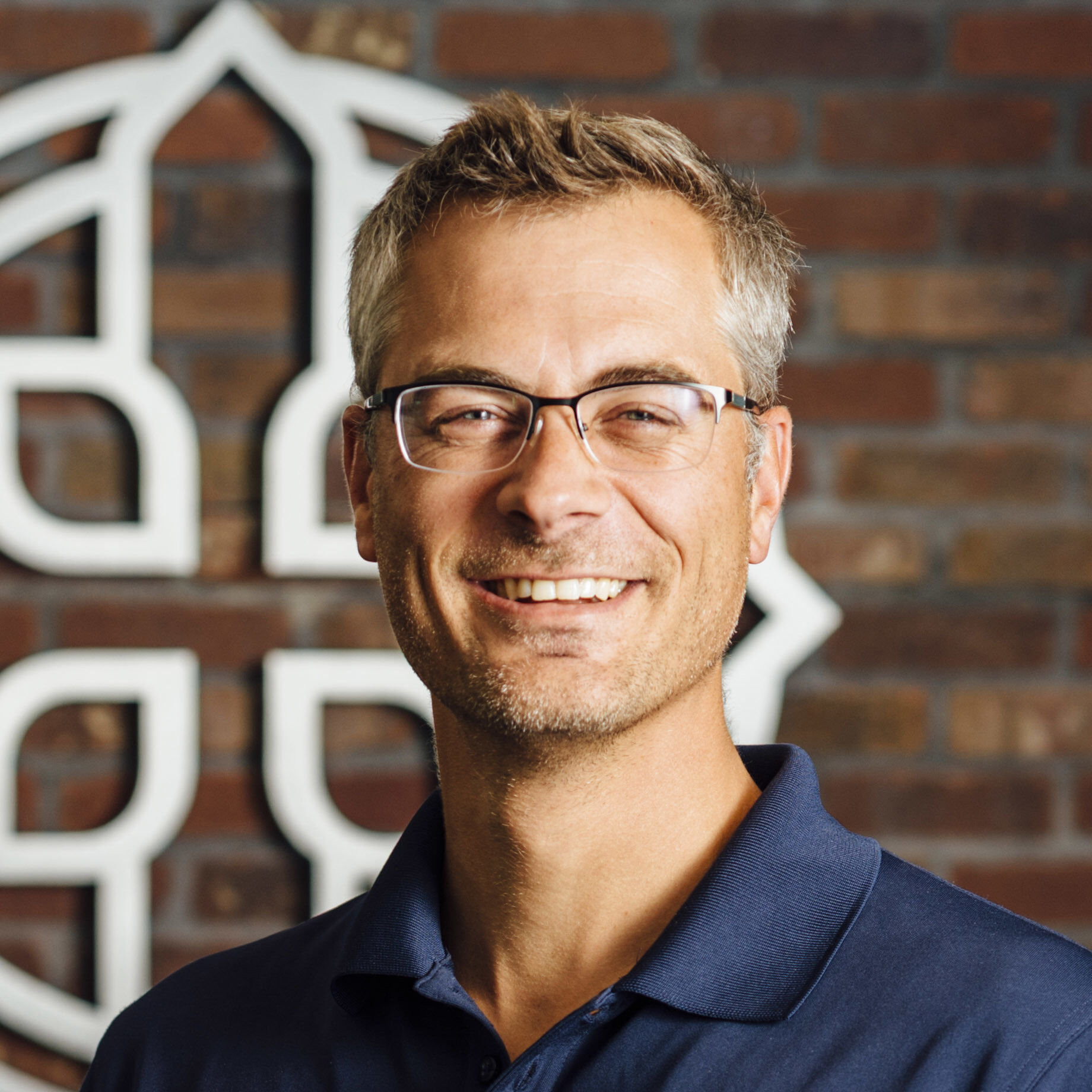 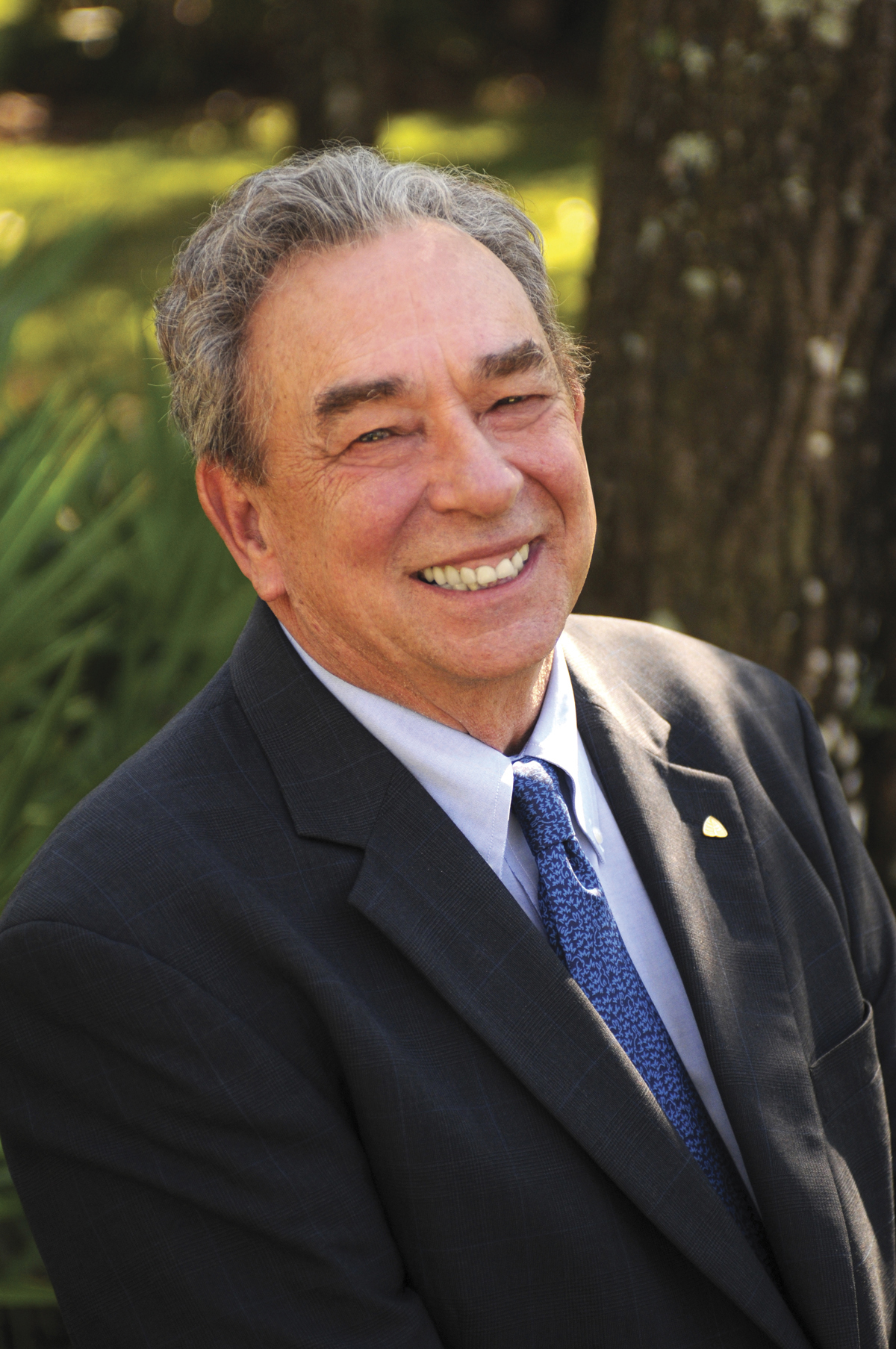 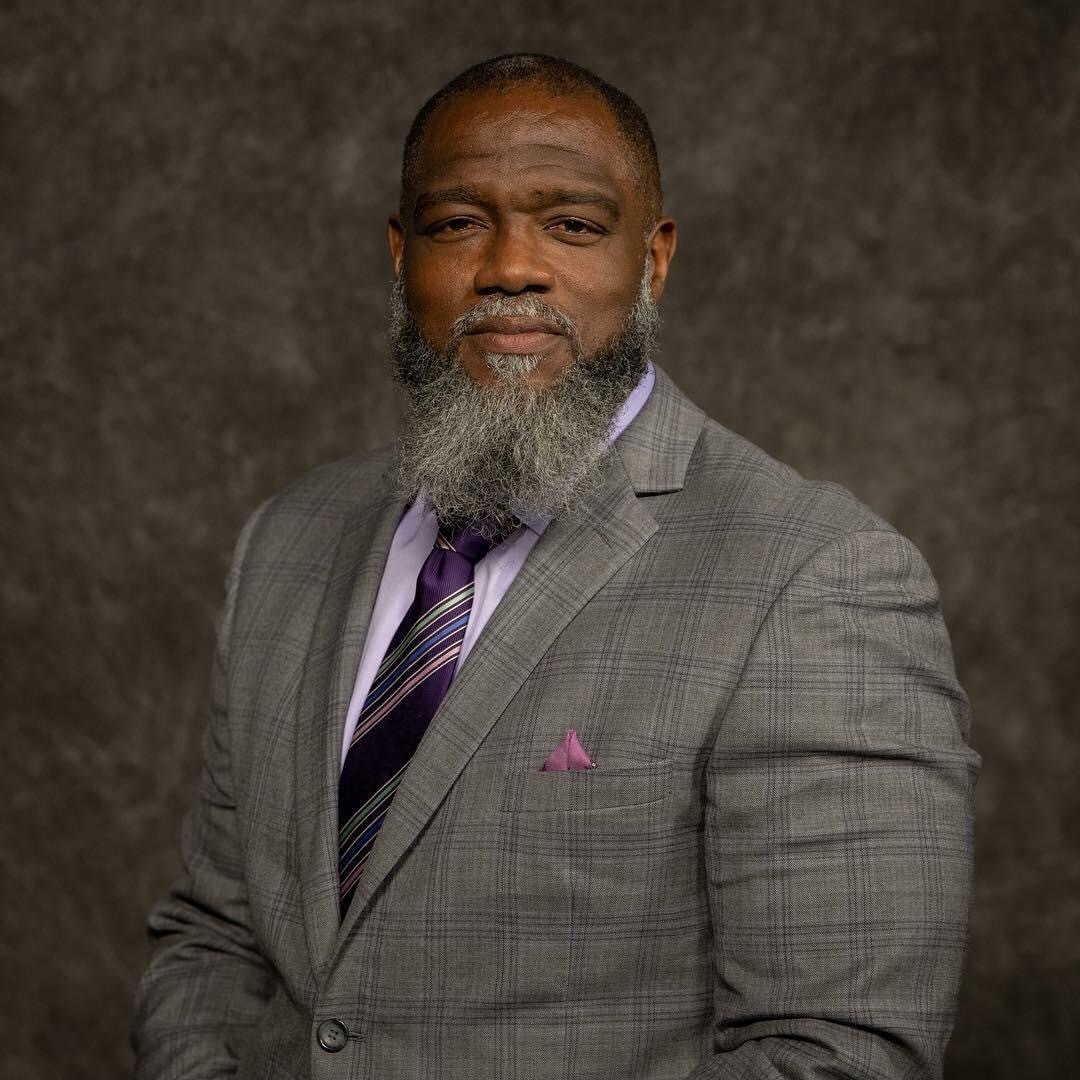 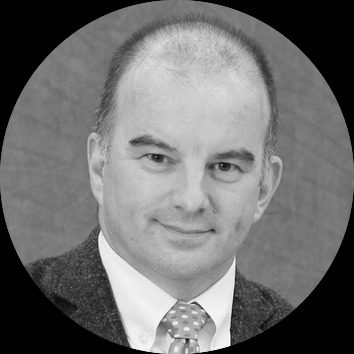 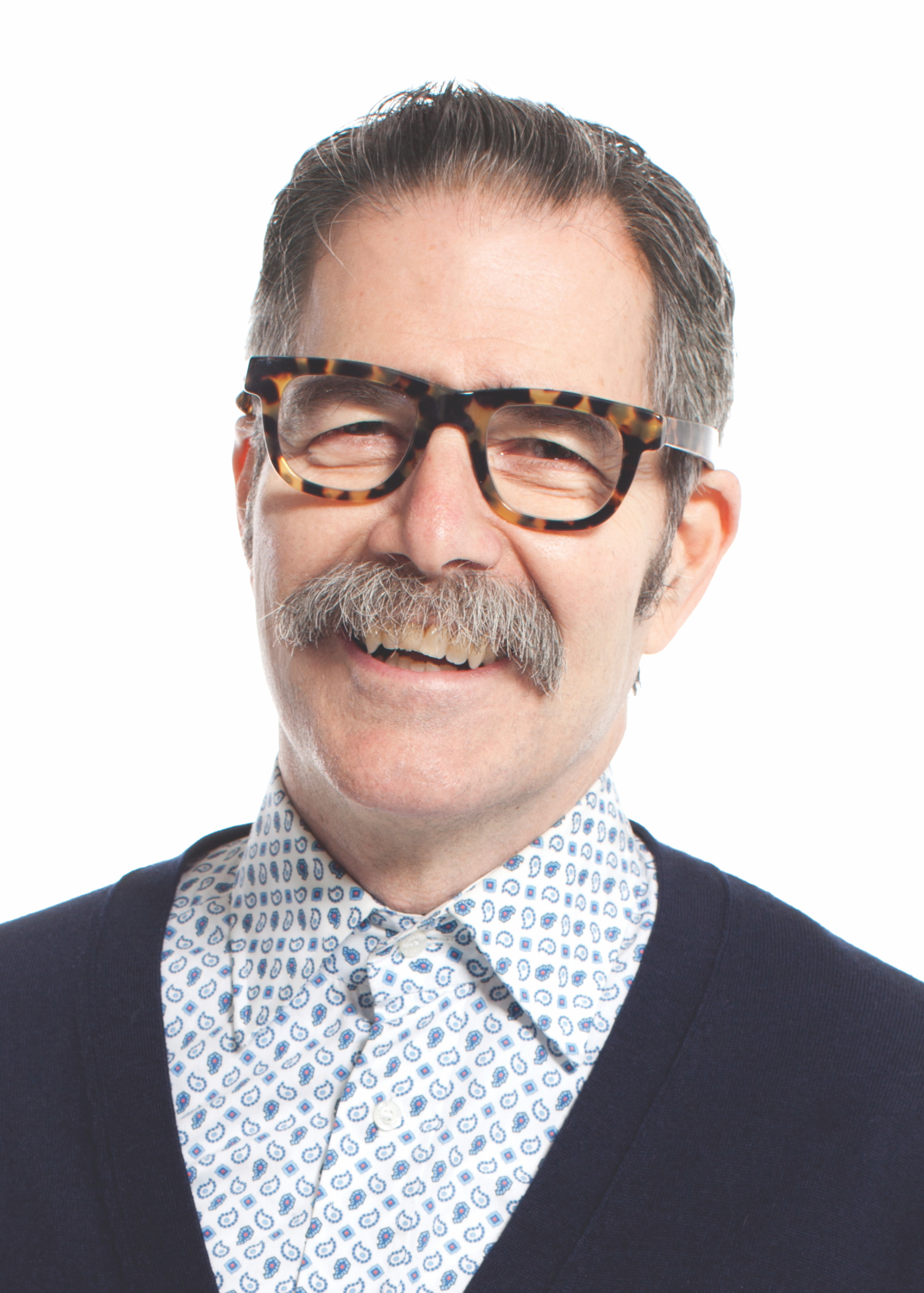 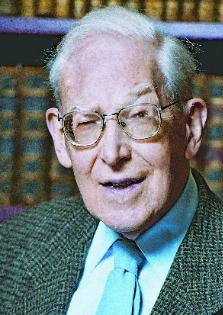 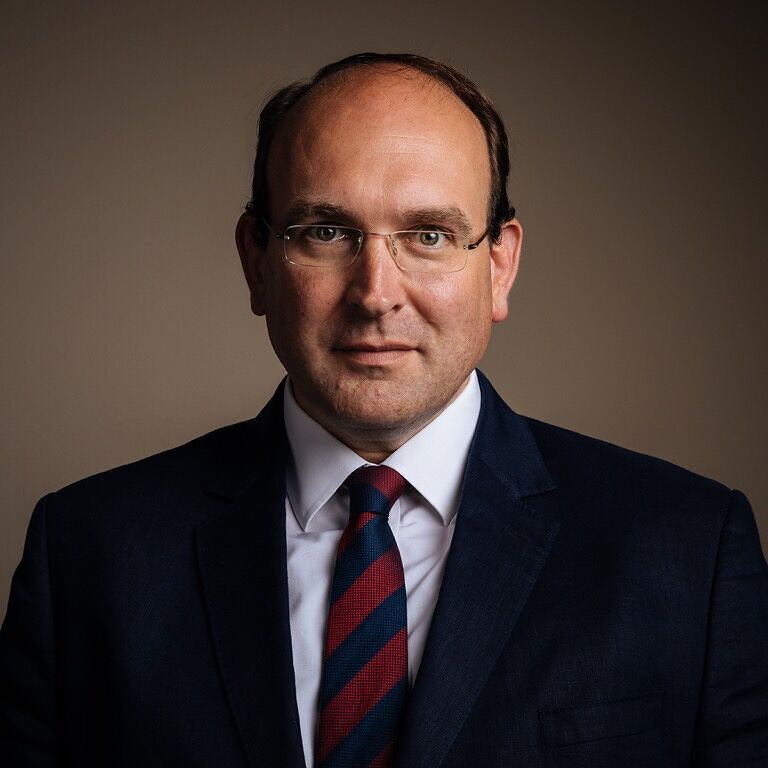 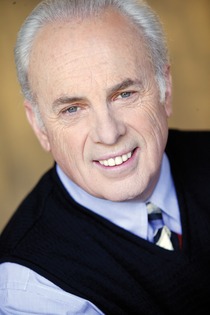 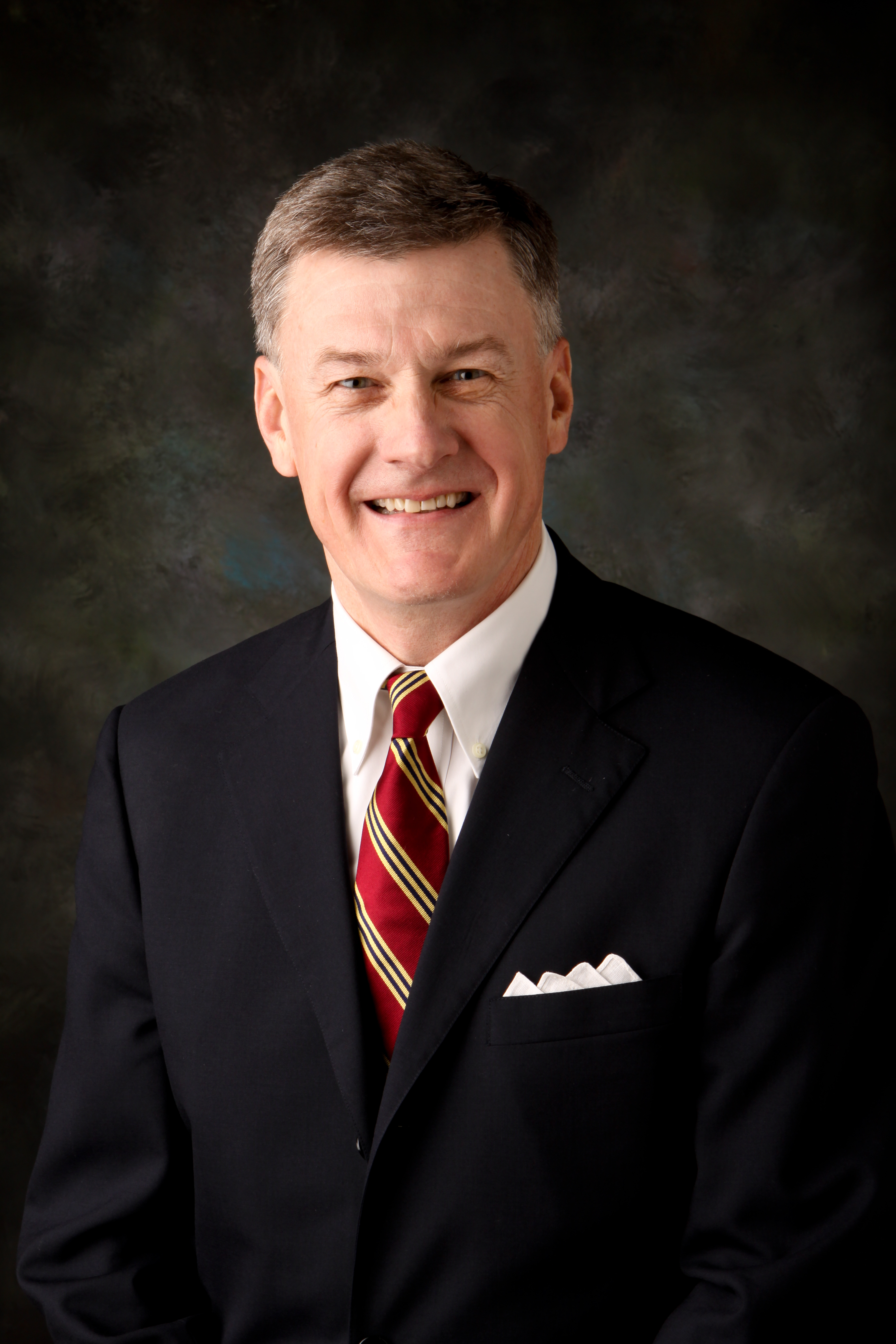 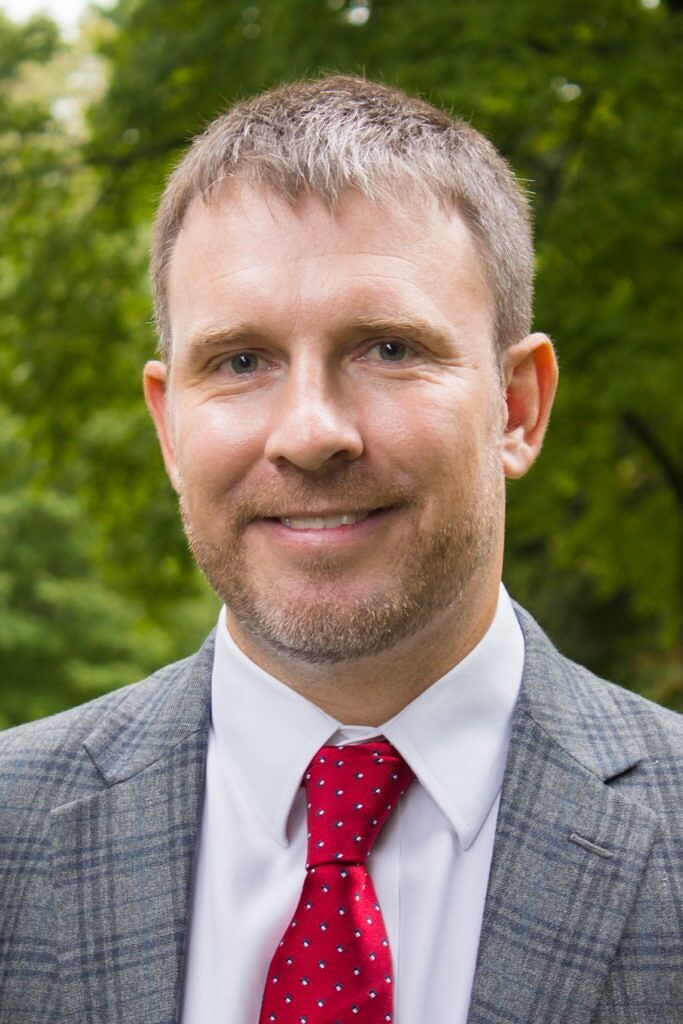 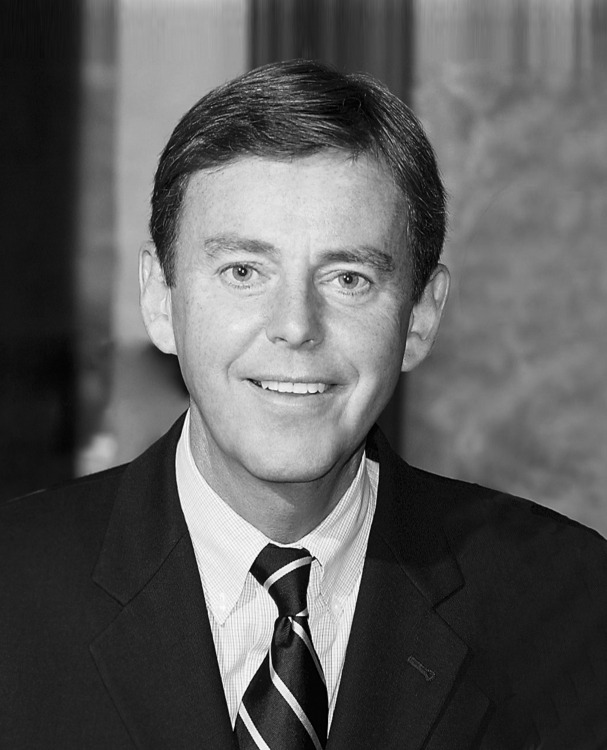 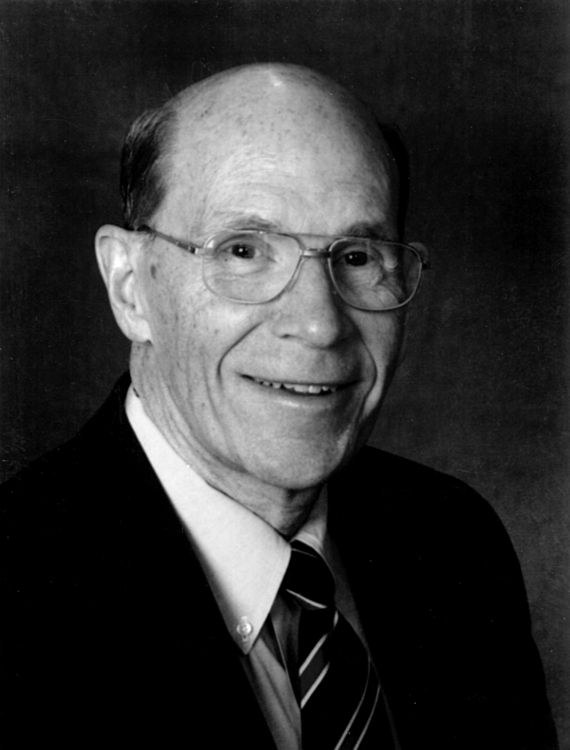 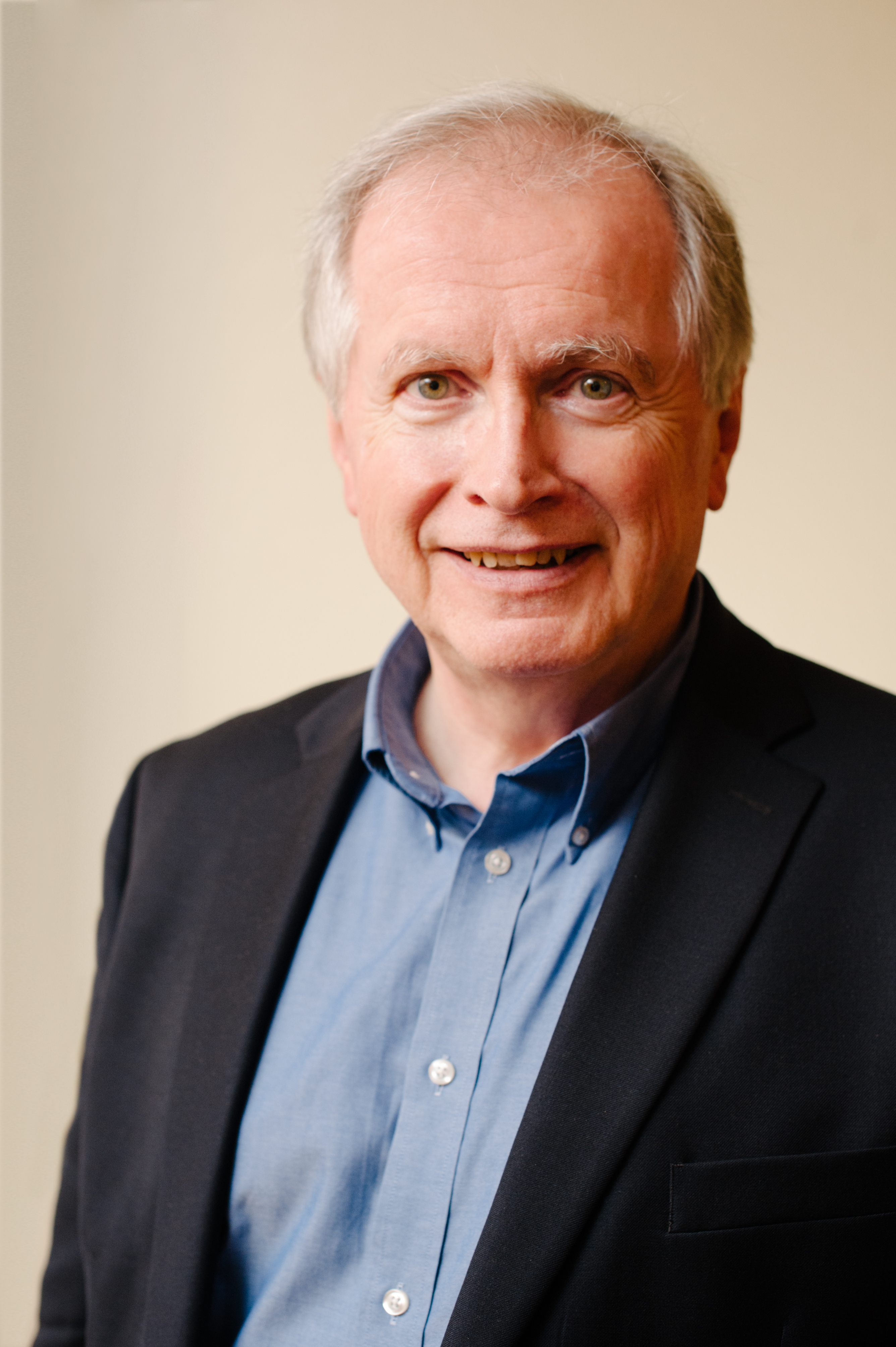 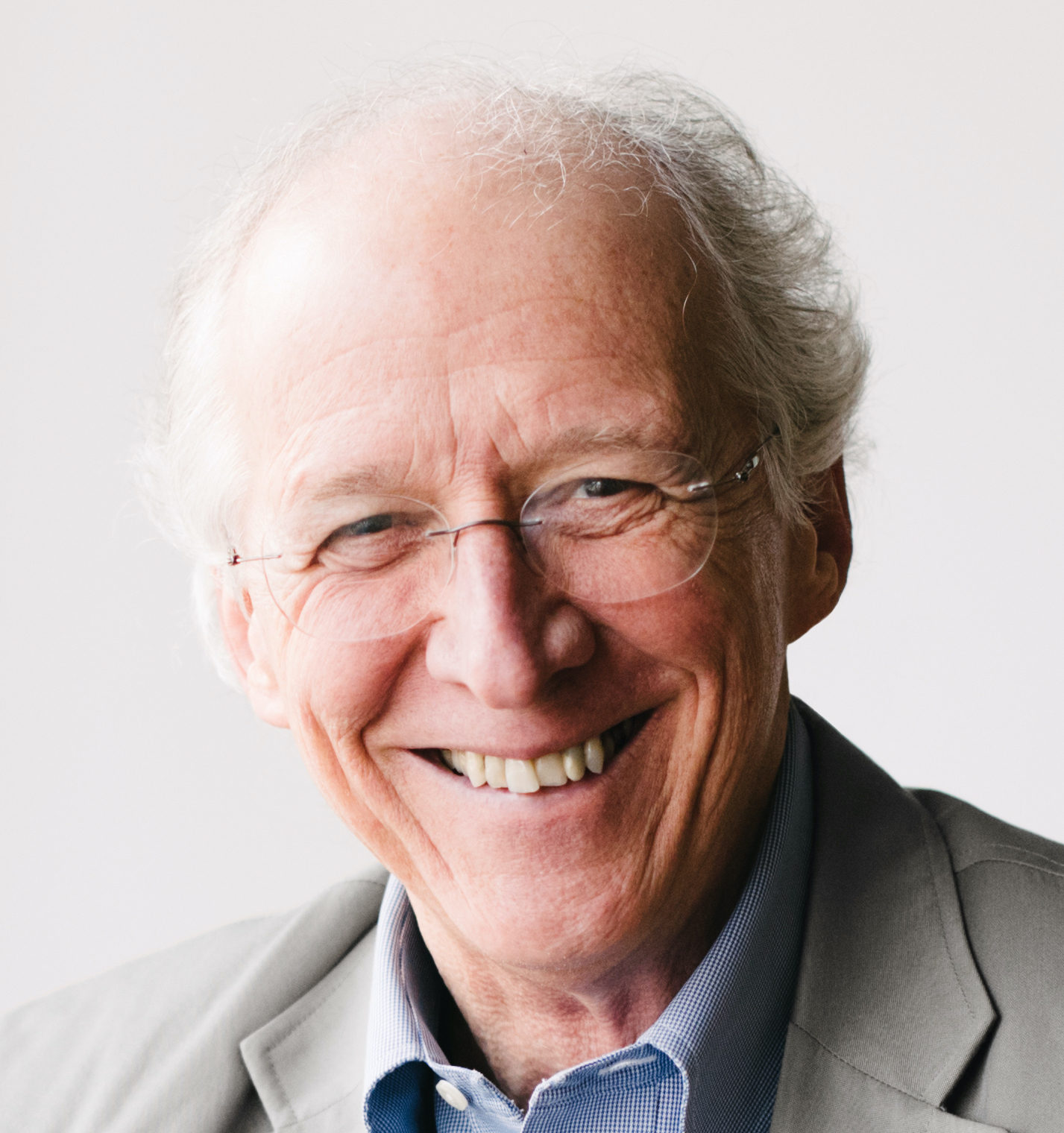 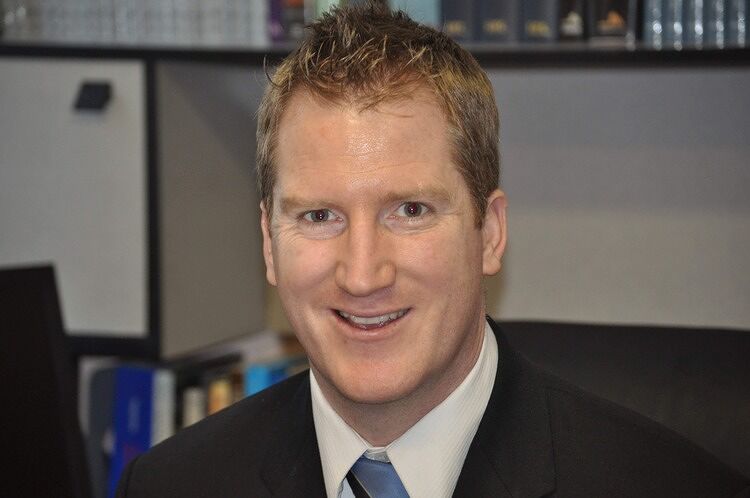 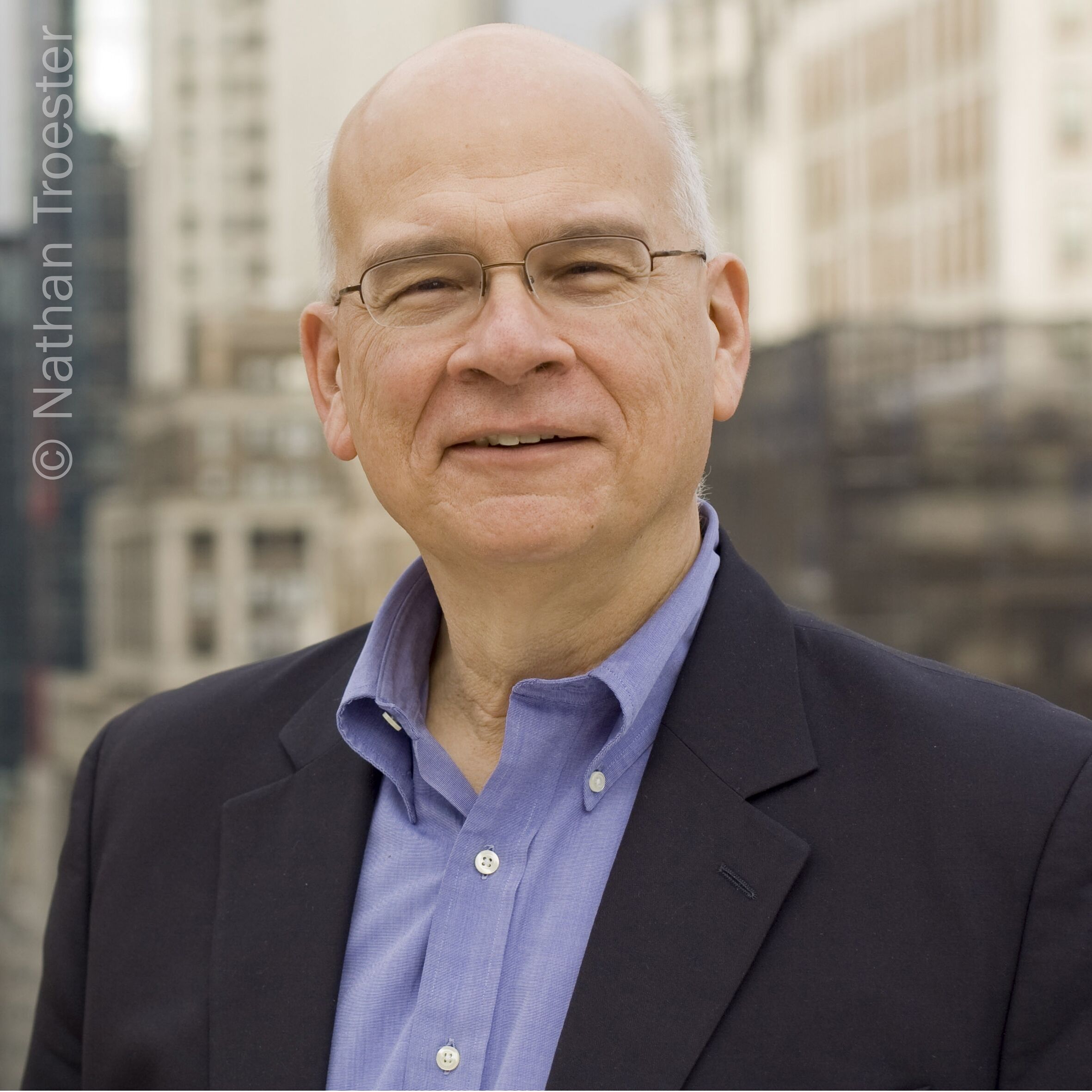 Titles By Sinclair B. Ferguson 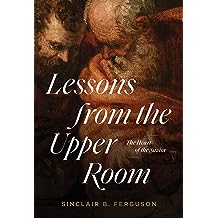 What would you give to spend an evening with Jesus, hearing Him teach and listening to Him pray? This is what we encounter in the Farewell Discourse of John 13–17. As the shadow of the cross loomed, Christ shared His final hours with the disciples to prepare them for His death, quiet their troubled hearts, and intercede on their behalf before the Father.

In Lessons from the Upper Room, Dr. Sinclair Ferguson draws us into these intimate hours from the night when Jesus was betrayed. This vivid picture of Christ’s ministry, from His washing the disciples’ feet to His High Priestly Prayer, shows us the heart of Jesus. Discover His deepest desires for His people and take delight in the suffering Savior who has overcome the world. 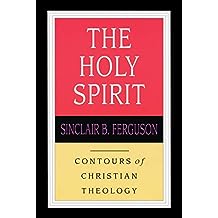 The Holy Spirit, once forgotten, has been "rediscovered" in the twentieth century - or has he? Sinclair Ferguson believes we should rephrase this common assertion: "While his work has been recognised, the Spirit himself remains to many Christians an anonymous, faceless aspect of the divine being." In order to redress this balance, Ferguson seeks to recover the who of the Spirit fully as much as the what and how.
Ferguson's study is rooted and driven by the scriptural story of the Spirit in creation and redemption. Throughout he shows himself fully at home in the church's historical theology of the Spirit and conversant with the wide variety of contemporary Christians who have explored the doctrine of the Holy Spirit.
Foundational issues are surveyed and clarified. Hard questions are explored and answered. Clarity and insight radiate from every page. Here is the mature reflection of a Reformed theologian who will summon respect and charity from those who disagree. 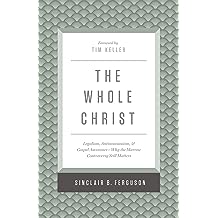 Since the days of the early church, Christians have wrestled with the relationship between law and gospel. If, as the apostle Paul says, salvation is by grace and the law cannot save, what relevance does the law have for Christians today?

By revisiting the Marrow Controversy—a famous but largely forgotten eighteenth-century debate related to the proper relationship between God’s grace and our works—Sinclair B. Ferguson sheds light on this central issue and why it still matters today. In doing so, he explains how our understanding of the relationship between law and gospel determines our approach to evangelism, our pursuit of sanctification, and even our understanding of God himself.

Ferguson shows us that the antidote to the poison of legalism on the one hand and antinomianism on the other is one and the same: the life-giving gospel of Jesus Christ, in whom we are simultaneously justified by faith, freed for good works, and assured of salvation. 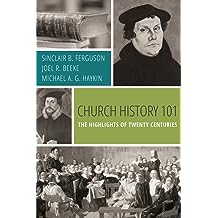 Church History 101: The Highlights of Twenty Centuries Jun 7, 2016
by Sinclair B. Ferguson, Joel R. Beeke, Michael A. G. Haykin
( 173 )
$6.00
Church history is important because it shows us how God’s faithful dealings with His people in the Bible continue in the ongoing life and work of Christ in our world. If you have ever wished for a short book highlighting church history’s most important events that will enlighten your mind and peak your interest, this is the one you’ve been waiting for. Three prolific church historians collaborate their efforts in Church History 101 to present you with a quick read of church history’s high points.

Authors:
Sinclair B. Ferguson is a teaching fellow of Ligonier Ministries.

Endorsement:
“The story of the growth of God’s kingdom is thrilling in all its aspects, and to have this brief summary available in book form will surely aid us in the assurance that absolutely nothing can prevent King Jesus from fulfilling His purpose in building His church. Thrilling to read.” — Derek W. H. Thomas, Senior Minister, First Presbyterian Church, Columbia, South Carolina; Robert Strong Professor of Systematic and Pastoral Theology, RTS Atlanta; and Teaching Fellow of Ligonier Ministries
Read more
Other Formats: Audible Audiobook , Paperback , Audio CD , Digital 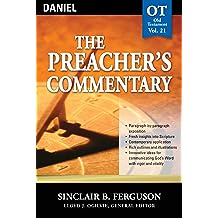 The Preacher's Commentary offers pastors, teachers, and Bible study leaders clear and compelling insights into the Bible that will equip them to understand, apply, and teach the truth in God's Word.

Each volume is written by one of today's top scholars, and includes:

Combining fresh insights with readable exposition and relatable examples, The Preacher's Commentary will help you minister to others and see their lives transformed through the power of God's Word. Whether preacher, teacher, or Bible study leader--if you're a communicator, The Preacher's Commentary will help you share God's Word more effectively with others. 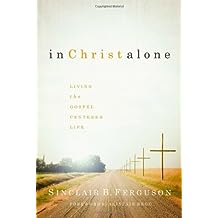 Noted theologian, pastor, and educator Dr. Sinclair B. Ferguson explores aspects of the person and work of Jesus in his latest book, In Christ Alone: Living the Gospel-Centered Life. This collection of articles, published earlier in Tabletalk magazine and Eternity magazine, is designed to help believers gain a better understanding of their Savior and the Christian faith, and to live out that faith in their day-to-day lives.

In fifty short chapters arranged in six sections, Dr. Ferguson shows that Christ, who is fully God, took on humanity that He might be the Great High Priest of His people as well as the once-for-all sacrifice; that He now ministers to His people through His Spirit, crowning them with great and precious blessings; and that believers are called to duty, from cultivating contentment to mortifying sin. In Christ Alone is packed full of nuggets of Scriptural truth that will spark and fan the flames of the believer’s love for the Savior who is so beautiful in His person and so faithful in His work on behalf of His beloved sheep. 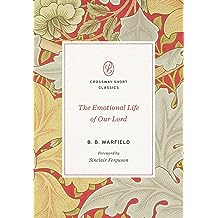 A Close Look at the Complex Emotions of Christ

In the search to understand the deity of Christ, Christians might overlook what the Bible reveals about his humanity. Did Jesus really feel emotions? What grieved him? What delighted him? How did Jesus—fully human and fully God—react to the world and people around him? Throughout Scripture, Jesus displays a range of emotions that can help believers understand him more intimately.

In The Emotional Life of Our Lord, theologian B. B. Warfield explains how Christ’s complex emotions and personality proved his humanity. It was necessary for Christ to be born in the likeness of mankind to bear their griefs, carry their sorrows, take their infirmities, and ultimately redeem their lives. In this encouraging book, readers learn to see Christ as a compassionate Savior through his sinless expressions of emotions—from righteous anger to abiding love. 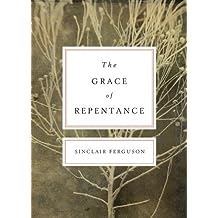 Out of the Protestant Reformation came several important doctrines, including a renewed understanding of repentance. Instead of viewing repentance as a one-time confession, the reformers began to teach what the Bible teaches—that it is both radical and perpetual.

In this redesigned, concise volume Sinclair Ferguson examines how the Bible defines repentance and how the doctrine has fared in today’s evangelical churches. He finds many sorely lacking in proper theological understanding: “Once again we need to proclaim the full-orbed doctrine of repentance within an evangelical world that has begun to manifest symptoms of the same medieval sickness.” This reversion to a kind of medieval theology includes the viewing of repentance as an isolated, emotional event.

Ferguson combats this trend by pointing us toward repentance in the Bible. As we embrace continual confession and turning from sin, we will find our spiritual walk transformed and our fellowship with Christ renewed. This is an important book for every Christian who wants the grace of repentance to regain rightful prominence in evangelical churches. 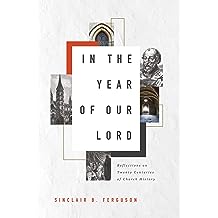 The story of the church is important for Christians to know, for it contains rich and uplifting stories of God’s dealings with His people. Dr. Sinclair B. Ferguson takes the reader on a tour of the Christian history, featuring stories and songs to give believers a sense of their place in God’s kingdom and to encourage them in their walk. 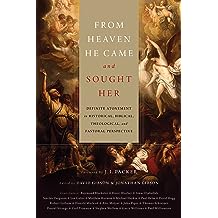 There is a palpable sense of confusion—and sometimes even embarrassment—with regard to so-called limited atonement today, pointing to the need for thoughtful engagement with this controversial doctrine. Incorporating contributions from a host of respected theologians, From Heaven He Came and Sought Her stands as the first comprehensive resource on definite atonement as it examines the issue from historical, biblical, theological, and pastoral perspectives.

Offering scholarly insights for those seeking a thorough and well-researched discussion, this book will encourage charitable conversations as it winsomely defends this foundational tenet of Reformed theology.

*The epub edition of this title will not display correctly when viewed on Adobe Digital Editions. Hebrew characters will be inaccurately displayed in this reader. 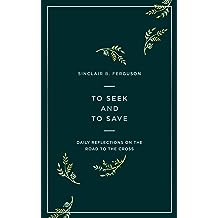 To Seek and to Save: Daily Reflections on the Road to the Cross Jan 1, 2020
by Sinclair B Ferguson
( 130 )
$8.99
Journey with Jesus on the road to Jerusalem with these reflections for Lent by Sinclair Ferguson. As you walk through the second half of Luke’s Gospel, you'll meet the people Jesus encountered on the way to the cross—and prepare your heart to appreciate his death and resurrection afresh.

Each day you'll be invited to:
• Read a passage of Luke's Gospel and a short meditation by Sinclair Ferguson
• Reflect on a thought-provoking question
• Respond in prayer and praise as you journal

Pithy yet profound, these devotions will hold up a mirror to your own heart and, more importantly, give you a window into the heart of the Lord Jesus—the one who came to seek and to save the lost at Easter.
Read more
Other Formats: Audible Audiobook , Paperback 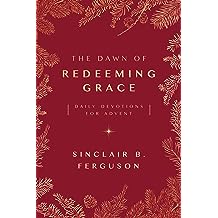 The Dawn of Redeeming Grace: Daily Devotions for Advent Oct 1, 2021
by Sinclair B. Ferguson
( 194 )
$8.99
Advent devotional for Christmas that will stir hope and inspire worship.

As dawn broke on that first Christmas morning, the sun rose on a new era: God's king had come to earth to bring about his kingdom.

Join Sinclair Ferguson as he opens up the first two chapters of Matthew's Gospel in these daily devotions for Advent. Each day’s reflection is full of insight and application, and will help you to arrive at Christmas Day awed by God's redeeming grace and refreshed by the hope of God’s promised king.
Read more
Other Formats: Audible Audiobook , Paperback