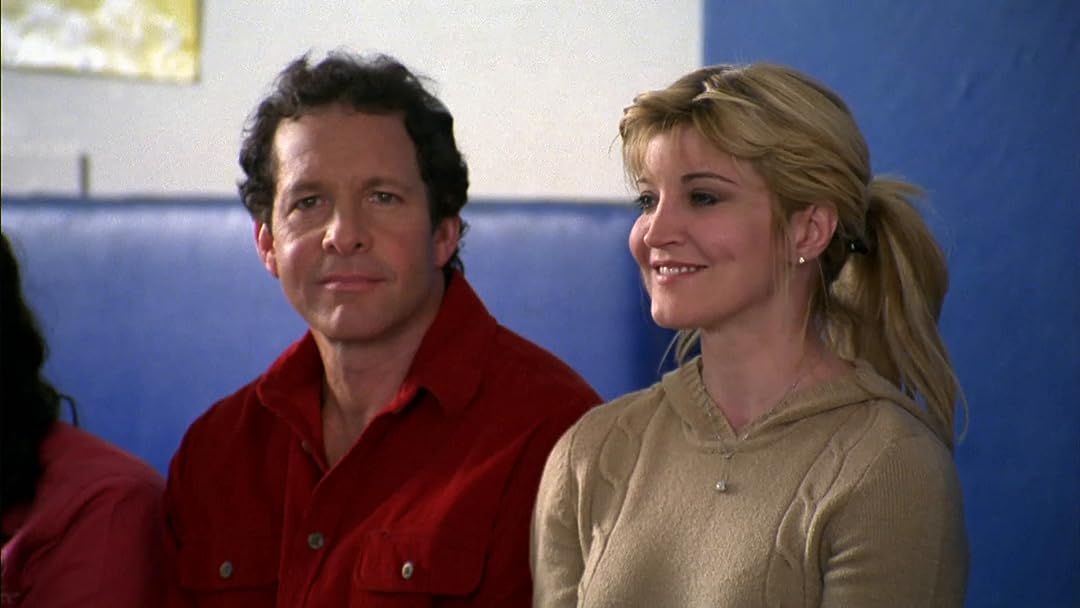 (730)5.81 h 23 minG
A lonely, beautiful widow and her son meet the handsome, firstborn son and heir of the real Santa Claus when he leaves the North Pole to find a wife in time for Christmas. TV-G

Sugar6247Reviewed in the United States on January 5, 2017
3.0 out of 5 stars
Good movie. Missing the ending (sequal)
Verified purchase
I thought this had both parts in it. But it didn't. You know the part that has Marriet Hartley playing the mother of Mrs Claus to be. It's lame without the other. They meet. Yeah....And.... The movie's over. I can't even FIND the sequel on Amazon. Very surprised.
17 people found this helpful

Dr. PaulReviewed in the United States on March 16, 2020
5.0 out of 5 stars
What a charming and fun newer holiday classic
Verified purchase
We’d seen part of the original on tv many years ago and loved it. Ironically, we’d never seen the beginning 20 minutes. And we actually like the second film a light better: Meet the Santas. But we’ve had this in our Wish List for at least a year and this Christmas treated ourselves. Didn’t get to watch until the new year and so far have watched twice.

This charming film somehow seems to slip by every year with little fanfare. It’s Wonderfull hoaky and very simple and sweet, but that’s the charm of spending time with Steve Guttonberg as Santa and the woman he falls in love with. I don’t know what this hasn’t become a yearly Must-See Christmas Classic, but hoping it does. It’s far better than most anything I’ve seen made in the last decade.

If you want something charming and sweet and that makes you smile for the holidays - and great for Christmas in July when you need a little holiday magic, consider this film.

EinsatzReviewed in the United States on December 8, 2015
4.0 out of 5 stars
“Are you a nut-ball?”
Verified purchase
A little girl asks for the impossible from Santa and when she doesn’t receive her wish, she gives up on Christmas. Fast-forward to present day (which I assume is the same as Christmas), and the little girl is now a jaded single mother (Crystal Bernard) working for an unctuous boss (Thomas Calabro). Meanwhile, at the Northpole, Santa Jr. (Steve Guttenberg) is being ganged up on by his mom, dad, and a weasel named Ernest (Armin Shimerman). They want him to get married, now, it’s an edict. And Ernest gives him a list of potential brides (basically, it’s an arranged marriage of convenience). Santa wants to retire and he expects his son to take over the family business with a good woman at his side (any woman will do, they aren’t picky about “his” choice). So he heads for California where the only available choices reside(?). He’s on a deadline and being spied on by Ernest who is quick to remind Nick not to be so picky; romance has nothing to do with making a sensible choice. You’re Santa-to-be; you have to be pragmatic, not loving. Fortunately, by accident, Nick finds Beth the workaholic mom and quickly insinuates himself into her life, ingratiating himself on her son and then her.

Despite some of the obvious unsavory elements in the story, Steve Guttenberg appears to be having great fun and that becomes infectious. At times, it does become achingly cute (like the adult play date on a playground meant for kids). There’s a fine line between an adult being childlike as opposed to acting childish (Guttenberg skipping merrily is one of those moments).
2 people found this helpful

PhysiuxReviewed in the United States on July 31, 2015
4.0 out of 5 stars
It is the perfect Christmas movie
Verified purchase
It is the perfect Christmas movie. It did not have one single thing that was negative. Steve Guttenberg was perfect in his role as Nick. His characterization was so complete, down to his natural sounding Ho Ho Ho's! He demonstrated the kind of man that any woman would be so blessed to have. I have enjoyed him in films for years and he is as captivating as ever. Krystal Bernard was so cute. I have watched her for years, also, since It's a Living to Wings. She very aptly portrayed a New Millennium Career Woman and Mother. I have always enjoyed the dimension she brings to her characters and gee, she never seems to age! The boy who played Jake was great! He reminded me a bit of the boy who played in Sleepless in Seattle. He is very talented and gave a memorable performance. I know I will recognize him in future projects! I wish so much that they would repeat the airing of this film this year. I look forward to seeing it often in the years to come. This is a Christmas film that I won't ever get tired of seeing. I really loved it!
4 people found this helpful

Mary Kay McConnellReviewed in the United States on December 2, 2014
5.0 out of 5 stars
Single Santa Seeks Mrs. Claus
Verified purchase
Steve Guttenberg plays Nick, the son of Santa who must find his own Mrs. Claus before he takes over Santa. This is his Dad's last year as Santa, so time is if the essence. Crystal Bernard plays Beth Sawtelle whom he meets while on his search. This workaholic widow with a young son, Jake, an aspiring basketball player. Unfortunately, both her lost faith in Santa Claus and a overload of work pose a challenge for Nick and Beth as their friendship turns to love. Watch as she regains her belief in Santa Claus and Nick does find his Mrs. Claus. Except maybe for small children, all age groups should enjoy another of my personal holiday favorites.
3 people found this helpful

Tisha LeClairReviewed in the United States on February 6, 2021
5.0 out of 5 stars
Highly recommend
Verified purchase
Quick shipping, arrived sooner than estimated date. Original date not until between 2.18-2.23, arrived today 2.6. Love collections with multiple titles as I have many. Anything to help consolidate with my Hallmark library.

Freida C. NielsenReviewed in the United States on October 14, 2020
5.0 out of 5 stars
Santa needs a wife...
Verified purchase
What do you do when you have a limited time to find a wife and you are literally Santa? You star in some commercials as Santa and hope that the woman of your dreams can come to believe in you the way her son does.

R. Web711Reviewed in the United States on October 11, 2021
2.0 out of 5 stars
Was expecting " Meet the Santa's "
Verified purchase
And got a movie about a man without a birth certificate looking for his birth parents. Good story but felt cheated!!! It had nothing to do with actors Steve Guttenberg, Crystal Bernard!!!
See all reviews
Back to top
Get to Know Us
Make Money with Us
Amazon Payment Products
Let Us Help You
EnglishChoose a language for shopping. United StatesChoose a country/region for shopping.
© 1996-2021, Amazon.com, Inc. or its affiliates