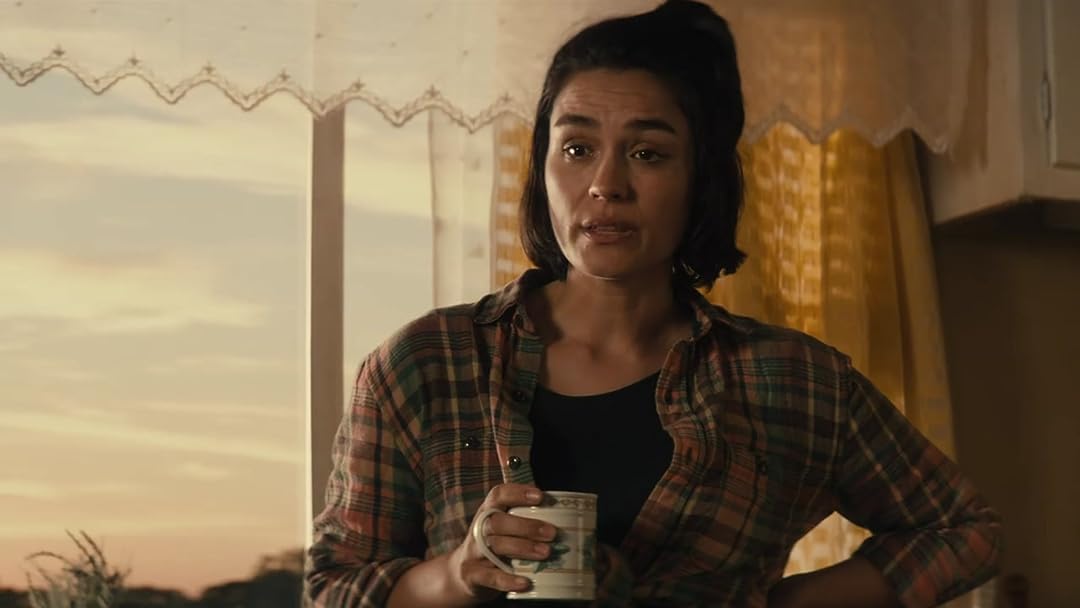 J. FreibergerReviewed in the United States on January 16, 2017
3.0 out of 5 stars
Thumbs up for the Actors, but...
Verified purchase
The upside of this movie is that the producers managed to find two good child actors to play the roles of the twins. Child actors almost always overact, and it just ruins everything. These guys were good; seemed like the two normal kids they were supposed to seem. But the story wasn't interesting, and I think that's because the characters were so static; there was no hope of redemption because there was nothing to redeem. The fact that this family was haunted felt random. The subplot involving a jealous ex-husband had hope but wasn't compelling or compellingly played, except as a disposable character we won't care about too much when (SPOILER ALERT) he gets fried in the end.
2 people found this helpful

AlexAirwaveReviewed in the United States on July 11, 2017
2.0 out of 5 stars
It almost seems like the story came from completely different writers
Verified purchase
As a followup to the movie "Sinister," this sequel is lacking severely. It almost seems like the story came from completely different writers. The movie took the same basic principles of children, Super 8 snuff films, and a Pagan deity. The movie explains nothing further than the first movie, other than burning the homes protects other people from falling into the same trap, and the overall plot seems inconsistent with its predecessor. In the first movie, Bughuul makes Ashley kill her family, allegedly by means of possession, in order to taint her innocence and devour her soul. However, Zach in Sinister 2 WANTS to kill his family even before his possession in order to gain favor with Bughuul. Why? It's never explained why Zach is always mean to his brother, save for the half-assed implication that Dylan and Courtney are weak. The point of a sequel is to immerse the viewer further into the story. Instead, this sequel was only made to make more mock-Super 8 snuff films.
One person found this helpful

Linda In VirginiaReviewed in the United States on June 9, 2020
4.0 out of 5 stars
Not as Good as the First Film, But Better than Average Horror Film.
Verified purchase
Sinister II isn't quite as intense as its first, sister film, but it had a few scares and the situational plot with regard to the demon deviated from the first and was solid. Very good acting and cinematography. I would recommend.
2 people found this helpful

SteveReviewed in the United States on March 7, 2016
2.0 out of 5 stars
Plot holes and poor editing abound.
Verified purchase
What can I say? It's a mediocre horror movie. I see people that I've enjoyed in previous work, like the former deputy-turned private investigator that was in Generation Kill. He was great in that series. He's not so great here.

The plot is disjointed. You can tell that someone hacked this thing apart in editing, or tried to put something together. Either way, it barely makes sense. The movie feels disjointed, and really doesn't explain much. I'm being nice here--it's a horribly, horribly disjointed movie. I love horror movies, even indie and campy horror, and this movie just doesn't feel fun to watch. It doesn't flow.

Samantha NoceraReviewed in the United States on June 6, 2019
4.0 out of 5 stars
Not perfect, but still an entertaining watch!@
Verified purchase
Yes, this movie was a little bit of a retread, but the acting was decent and the pacing worked for me. It was pretty cool to see the main antagonists a little more fleshed out (ha ha). Not a bad little movie!

Timothy S. LongReviewed in the United States on February 10, 2019
2.0 out of 5 stars
Mildly distracting but nothing more. Not terrible but also not engaging.
Verified purchase
Weak movie. Good acting, especially from the kids, and good production values, but a simple story and repetitive scenes of films of families being killed by kids. A few jump scares and some moody suspense, but that's about it. Flat characters and a basic plot with throwaway supporting cast. *shrug*

HETZReviewed in the United States on January 10, 2016
3.0 out of 5 stars
Very Prediictable 2 + Stars.
Verified purchase
I have read where some think this is better than the original and it's NOT CLOSE. In the Original, the Father watching the film was in shock by what he was seeing. In this one, all the kids know what the films are about, and it takes that element away.

It's also based around the Deputy from part 1 and a new family (Single Mom and 2 Kids) It's extremely predictable. Nothing shocking at all.

I only gave it 3 stars, because I like the first one so much and hope they come out with a 3 and recapture the horror from 1.


One person found this helpful
See all reviews
Back to top
Get to Know Us
Make Money with Us
Amazon Payment Products
Let Us Help You
EnglishChoose a language for shopping. United StatesChoose a country/region for shopping.
© 1996-2021, Amazon.com, Inc. or its affiliates