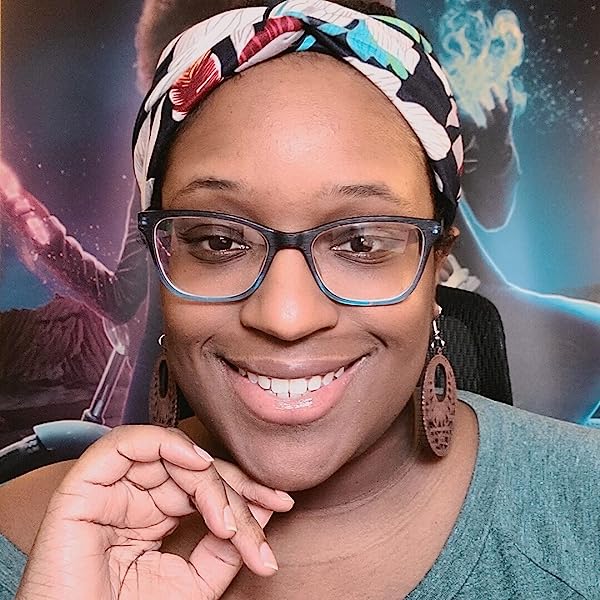 by Jessica Cage (Author), Debbi Watson (Editor)
4.7 out of 5 stars 114 ratings
Book 2 of 4: Siren Series
See all formats and editions
Sorry, there was a problem loading this page. Try again.

The sins of those before us often lay the building blocks for the hurdles that appear in front of us.

Syrinada learns this lesson first hand as she faces the Naiad’s Walk. This series of tests will determine if she is worthy of getting the powers that at a time, a siren was born with. Thanks to the actions of the women before her, this trial is put in place as a punishment by the witch covens.

Should she fail, she will never gain full access to the magic that lay dormant within.

Syrinada needs her power if she is going to stay alive but she doesn’t want to leave Malachi, her brooding protector, behind. He has just suffered a great loss, and she feels guilty. If she goes, she leaves Malachi to mourn alone, if she doesn’t, they may both lose a lot more when the covens find them. What Syrinada doesn’t realize is that by crossing the portal into the Naiad’s Walk, she may ultimately crush the very person she is trying to save.

Will Syrinada be able to prove herself and gain her powers? Will Malachi survive without her?

New: Sarah Selects
Sarah Selects is a book club hosted by Amazon Editorial Director Sarah Gelman. Whenever Sarah finds a book that sticks with her, she loves to recommend it to her friends and family. These books are the books she's sharing, so members can talk about them after they’re done reading. Join the club to view and reply to posts from Sarah and get email updates when the February book is chosen. Join the club.

Award winning and USA Today Bestselling author, Jessica Cage was born and raised in Chicago, IL. Writing has always been a passion for her. She dabbles in artistic creations of all sorts but at the end of the day, it's the pen that her hand itches to hold. Jessica had never considered following her dream to be a writer because she was told far too often "There is no money in writing." So she chose the path most often traveled. During pregnancy, she asked herself an important question. How would she be able to inspire her unborn son to follow his dreams and reach for the stars, if she never had the guts to do it herself? Jessica decided to take a risk and unleash the plethora of characters and their crazy adventurous worlds that had previously existed only in her mind, into the realm of readers. She did this with hopes to inspire not only her son but herself. Inviting the world to tag along on her journey to become the writer she has always wanted to be. She hopes to continue writing and bringing her signature Caged Fantasies to readers everywhere.

J. J. Williams
5.0 out of 5 stars Syrinada can be frustrating at times
Reviewed in the United States 🇺🇸 on January 9, 2023
Verified Purchase
But, I didn’t know I was this obsessed with black mermaids and magic until now. The adventure that awaits is a rollercoaster, making book 2 a bit smoother of a read. My only caveat is, sometimes scenes where a new type of magic is,introduced shift so swiftly you don’t know what happened, so then you to have reread and the scenes sometimes kind of time travel.
Read more
Helpful
Report abuse

Sabura
5.0 out of 5 stars How did I get to book 2?!?
Reviewed in the United States 🇺🇸 on January 9, 2022
Verified Purchase
This series is so good and so seamless, I swear I missed going from book 1 to book 2!! Quick pause then on to book 3. I love not knowing what is coming next. Her characters are authentically writing themselves in a unique story like nothing I have ever read. You think it it going one way but will continue to be surprised.
Read more
Helpful
Report abuse

Sabrina Rojas
5.0 out of 5 stars I'M INVESTED & YOU SHOULD BE 2
Reviewed in the United States 🇺🇸 on October 24, 2021
Verified Purchase
Read this series ASAP! I found the author on tictok and I'm so happy I picked up this series. I'm glad the usual toxic troupes are not the statis uo in the book. I'm glad I see interracial/interspecies relationships. I'm glad toxic behaviors are called out in this book. Beautiful job Jessica!
Read more
Helpful
Report abuse

Shanjw
5.0 out of 5 stars Page turner
Reviewed in the United States 🇺🇸 on December 30, 2021
Verified Purchase
This book is so good I couldn't put it down. I enjoyed it so much I already have the next one.
Read more
Helpful
Report abuse

samanthia
5.0 out of 5 stars Jessicaaaaaa
Reviewed in the United States 🇺🇸 on March 15, 2021
Verified Purchase
Honey I just finished this book like 7 days ago and baby she is winning. The author is. The book is amazing. So good ordered her djinn series, the blood series, and about to purchase one book from the elite series. I cant keep up she got so many books and I'm a slow reader. Lol lol but this one is good. I start sirens end Wednesday
Read more
Helpful
Report abuse

Bre B
3.0 out of 5 stars I tried...I really did!
Reviewed in the United States 🇺🇸 on August 26, 2021
Verified Purchase
I really wanted to like this but I couldn't warm up to Sy. She showed some growth from the first book to this one but it wasn't enough. She reminds me of Elena from Vampire Diaries and I just can't get past it. Just about everyone is immature with low emotional intelligence and it irks me. Maybe a different book by the author will catch my fancy.
Read more
2 people found this helpful
Helpful
Report abuse

Kindle Customer
5.0 out of 5 stars Listen Here!!
Reviewed in the United States 🇺🇸 on August 27, 2021
Verified Purchase
This was amazing! Great story and characters. Love this series. The world this author created continues to suck you in!
Read more
Helpful
Report abuse
See all reviews