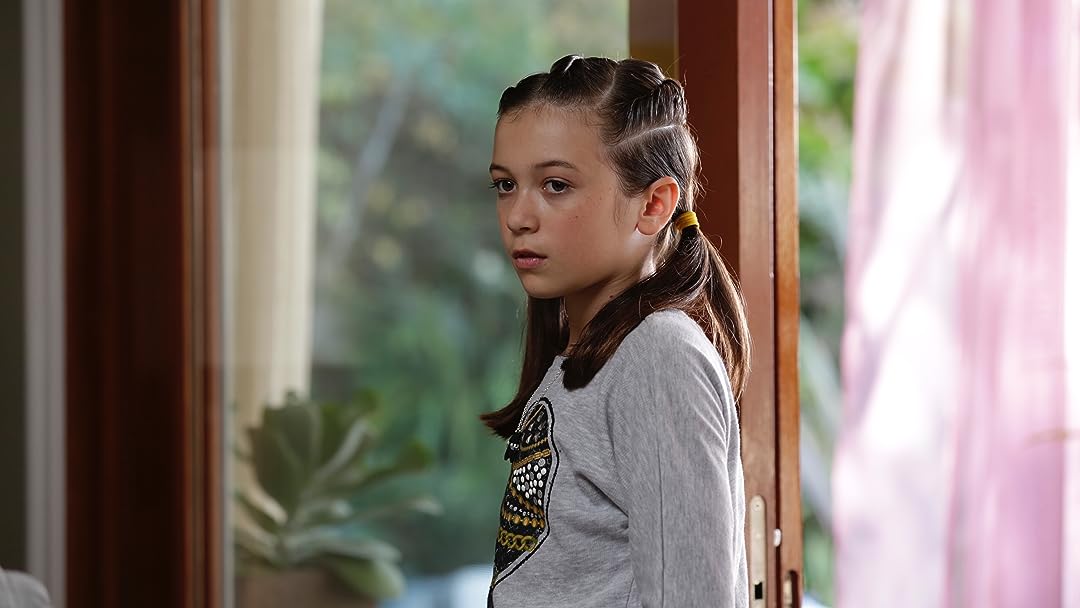 (47)6.71 h 52 min201416+
Sister brings the timely topic of youth and psychotropic drug prescription to the forefront with insight and grace. Reid Scott delivers a nuanced performance as the estranged brother forced into caring for his troubled adolescent sister (Grace Kaufman).

GiftbearerReviewed in the United States on August 26, 2019
5.0 out of 5 stars
Excellent Movie About Human Relationships and Complex Social Issues
Verified purchase
This movie was really good at illustrating the complex issues within the family and also in society. I thought there was an interesting parallel between the brothers' wife's obscession with having a baby and the first scene where the mother is talking about this with her husband before the car is hit by another driver.

I had actually wondered whether the girl was genetically related to her mother and might have inherited her Bi-Polar Disorder but then it was explained that she was adopted. That explained alot; not only that she did not have her genetic predisposition, but also that the reason she adopted a child so late in life was because she felt like a failure in not being able to conceive again.

The brothers' wife similarly was not cut out for motherhood because when confronted with a real child to care for she couldn't and wouldn't see it through and instead chose to walk away.

The social worker's and school psychiatrist's societal biases made them both blind to the individual circumstances right in front of them. The social worker wanted to try to force the mother and daughter back together even though they could not connect emotionally because of society's pre-conceived notion that a child HAS to have a mother and is best with her regardless of her fitness (or lack thereof) to care for a child. Clearly the mother was financially stable, but her total emotional unavailability would not have been in the best interest of the child. The mother seemed to want the daughter to make her feel successful but really had nothing to offer her as she was growing up.

Similarly the school psychiatrist made the assumption that just by reading her records that those previous doctors must be right and that the girl needed to be on medication, rather than looking at the person right in front of him and using his own critical thinking skills. He was very invested in credentials and authority and had control issues, just like the social worker and the mother, but they just manifested in a different way.

It showed how too often people's control issues get in the way of making sound decisions.

It was amazing how the doctor ended up doing a complete 180 and admitting that medication is not necessary for every child placed on it and that seeing so many children who did need it made him tend to assume when it came to her case. Some doctors never admit this throughout their entire career.

kaleigh kailaniReviewed in the United States on October 19, 2017
5.0 out of 5 stars
I love this movie
Verified purchase
I love this movie. Nikki and her brother were amazing. I wish more movies brought out the real story behind prescription drugs and what it is doing to the children.
9 people found this helpful

SoggyNachoReviewed in the United States on September 29, 2019
5.0 out of 5 stars
Diamond in the Rough
Verified purchase
I was quite surprised at how much I liked this movie. The picture Amazon has on the advertisement isn't even a part of the movie. Weird how a man in a dress is in the picture, yet the brother (that man) is straight, married and has nothing to do with wearing dresses. That said, this was one of the best movies I've watched in a while. There was nothing "strange" about it. Just an absolute diamond in the rough and I would watch it a second time.

Red LionsReviewed in the United States on March 9, 2021
2.0 out of 5 stars
Boring/unrealistic film for children under 12
Verified purchase
If you are over 12, you will probably find this film way too simplistic and unrealistic. The poorly written film hit just about every stereotype and cliche possible. Very easy to figure out what happens because the same basic plot has been used many times before.

mitchReviewed in the United States on January 10, 2018
5.0 out of 5 stars
Wonderful movie to share!
Verified purchase
I was flipping through channel's and stumbled upon this movie by happenstance, I'm so happy for doing so. I have seen it twice now to make sure I saw what I thought I saw! This has touched me deeply. I have a sister whom I love dearly and this has made me appreciate her even more. I would recommend this movie to everyone who can understand the meaning of family and how short time is. I will hold this movie sister very high in my list of must see. A movie that must be shared! Thank you for making this part of my memory to cherish.
2 people found this helpful

THGReviewed in the United States on May 2, 2021
5.0 out of 5 stars
One of my favorites
Verified purchase
Watched three times now every-time as good as the first. Hard to say exactly what makes it a great movie but there is something special about it.

Carolyn H.Reviewed in the United States on July 5, 2021
5.0 out of 5 stars
Fall in love with everybody in this wonderful film !!
Verified purchase
In ancient Greece, it was determined there was a certain kind of love that should be set aside because of it's matchless essence ... now, we call it unconditional love. This beautiful, genuine, realistic story is a brilliant representation of this most precious love.

BOOKLOVERReviewed in the United States on May 2, 2017
5.0 out of 5 stars
Grown ups movie
Verified purchase
This is an excellent adult movie, a plot, a story, and a good choice for adults looking for a good one.
6 people found this helpful
See all reviews
Back to top
Get to Know Us
Make Money with Us
Amazon Payment Products
Let Us Help You
EnglishChoose a language for shopping. United StatesChoose a country/region for shopping.
© 1996-2021, Amazon.com, Inc. or its affiliates