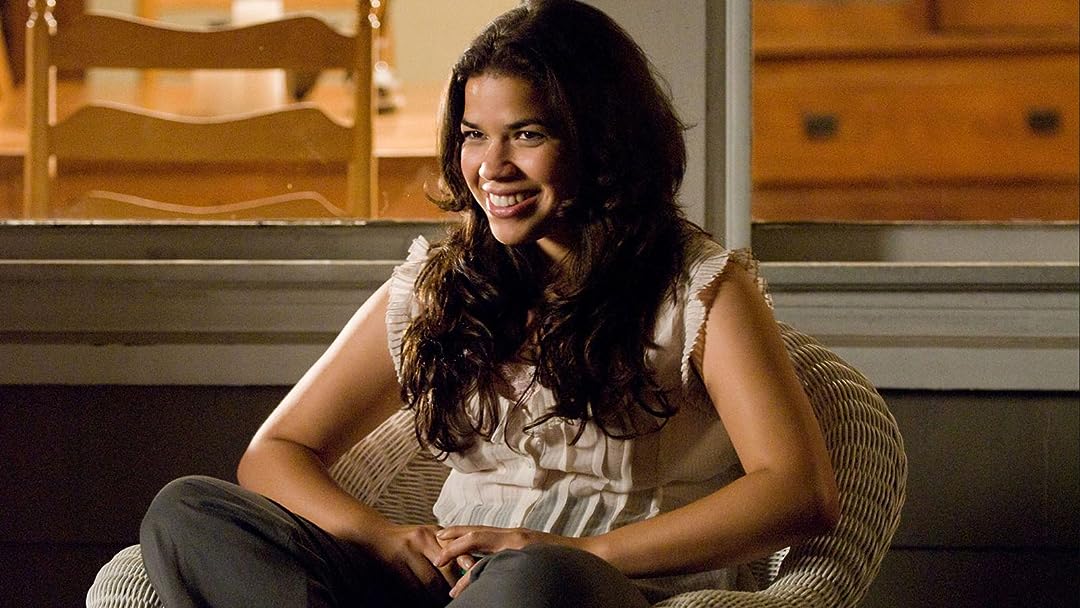 The Sisterhood of the Traveling Pants 2

(2,041)
1 h 59 min2008X-RayPG-13
Having been apart all year, summer plans will take the girls even further along separate paths. It'll take more than treasured pants passed back and forth to keep their lives connected.

Jeff YutzlerReviewed in the United States on November 22, 2008
4.0 out of 5 stars
Good Clean Fun
Verified purchase
Okay, so maybe I'm not the target demographic for this film. I don't care. I enjoyed it anyway. The main thing going for it is that Bledel, Tamblyn, Lively, and Ferrera have great chemistry together. They are consistently engaging and genuinely funny. Of course, like action movies, the plot has a habit of getting in the way of the fun, but in the last quarter of the film the four of them are together and deliver the best moments.

There are also some fine performances from rest of the cast. You've got Lucy Hale as Lena's idiot kid sister. (BTW, Hale handles this role much better than Bledel did in Bride and Prejudice, but I'd love to see her cast in something outside of this mold.) You've got Rachel Nichols as acting Carmen's friend/nemesis. As Bridget's supervisor at a Turkish archaeolgical dig, Shohreh Aghdashloo shows once again why she is Hollywood's go-to actress for a strong middle eastern woman. And you've got Blythe Banner as Bridget's grandmother from Alabama. On the male side, you've got reformed Dragon's Lair addict Brian (suddenly sporting washboard abs) as Tibby's guy, Ian as Carmen's British acting foil, and Lena's twin boy-toys, ex-boyfriend Kostas and model Leo. When you combine the stars, the rest of the cast, and the picturesque scenes of Santorini, there is a lot of eye candy, probably something for everyone.

On the downside, the DVD special features are a little on the skimpy side. There are a couple of deleted scenes, none of which are earthshattering. There is a gag reel, but most of the gags are flubbed lines, not too exciting either. There is a brief vignette on the "cliff scene". And you can watch the film dubbed in Spanish or French with or without subtitles. I guess the stars were too busy to deliver more like with the last movie. That's okay. The bottom line is that the film is worth watching. It is good clean fun. (By the way, the PG-13 rating is absurd. This is far tamer than Gossip Girl or even Ugly Betty.)

I don't think that you would have to watch the first one to understand what's happening, the movie does a good job of explaining everything, but I would highly recommend watching the first one because it's adorable as well.

Shopping SavvyReviewed in the United States on March 28, 2012
5.0 out of 5 stars
the best friendship movie
Verified purchase
this is without a doubt the best movie that deals with the topic of friendship. this movie touches on just about everything, romance, college,friendship,heartbreak,death,sadness. lena goes to art school,bridget goes on a trip to turkey where she learns about life alot from her instructor. carmen goes to drama school while her mother has a baby. tibby is having problems with her relationship with her boyfriend brian because she's worried that she's pregnant. they break-up for a while but they get back together at the end. if you watch this movie,you will laugh, cry, and you'll feel good at the end. as i watch this movie,i reflect on my great friends because like my friends the girls always stick together no matter what comes their way.
One person found this helpful

ShaylaReviewed in the United States on January 25, 2017
5.0 out of 5 stars
Sisterhood ,we all stick together ..
Verified purchase
This movie was good ,not as good as the first one but it is kinda on its way of taking off as another Sex in the city ,4 girls who are growing up together and experiencing life's curve balls ...Relationships with young men ,Drama with one another ,I for one hope they continue making more of these movies .I so admire each of them ,great actresses and i could watch them over and over again . The whole movie makes me want to write a book , : ) .inspiring Greece is truly an inspiration to look at ,makes me want to go there now !!!!
One person found this helpful

Easley FamilyReviewed in the United States on August 2, 2019
3.0 out of 5 stars
Rated PG 13
Verified purchase
Had watched Sisterhood of Traveling Pants 1 rated PG with grandchild and enjoyed. The second movie is rated PG 13 and starts with side male nudity and has an sex scene. Although no private parts shown no appropriate for younger audiences.
One person found this helpful

PhoenixFireskyReviewed in the United States on January 3, 2009
4.0 out of 5 stars
To Be Fair...
Verified purchase
To be fair, I think this movie should be evaluated on its own merit. In itself, it's actually a fairly decent story about a group of young adult girls struggling to maintain ties with each other at a time when everything else in their lives is changing. As close to a female coming of age movie as I've seen, since that genre usually focuses on boys. It's not a great movie, but I wasn't sorry I spent the time/money on it, either. The difficulty comes into it when it's compared to the first Traveling Pants, because the five star experience of the first film causes the second one to pale in comparison.
2 people found this helpful

Virtual TherapyReviewed in the United States on September 20, 2020
5.0 out of 5 stars
Easy downloading! Great way to have a girls night in!
Verified purchase
First time I'd ever bought a movie from Amazon, and was pleasantly surprised how easy it was to get the exact movie I wanted. Was super convenient, and so much nicer than looking for an old VCR copy and getting the VCR to work. :)

K. LundgrenReviewed in the United States on August 22, 2014
4.0 out of 5 stars
His performance is awesome, as expected
Verified purchase
Honestly, I watched this movie solely to see Tom Wisdom (I'm a huge fan). His performance is awesome, as expected. <3 But the movie, as a whole, was good, too. The story itself was a little over the top (four barely-adult girls just pick up and head to Greece on a whim???)...but it IS ONLY a movie - I can suspend belief. LOL But it was cute to watch. And America Ferrera was excellent, which surprised me a bit - I had only ever seen her in Ugly Betty.
2 people found this helpful
See all reviews
Back to top
Get to Know Us
Make Money with Us
Amazon Payment Products
Let Us Help You
EnglishChoose a language for shopping. United StatesChoose a country/region for shopping.
© 1996-2022, Amazon.com, Inc. or its affiliates