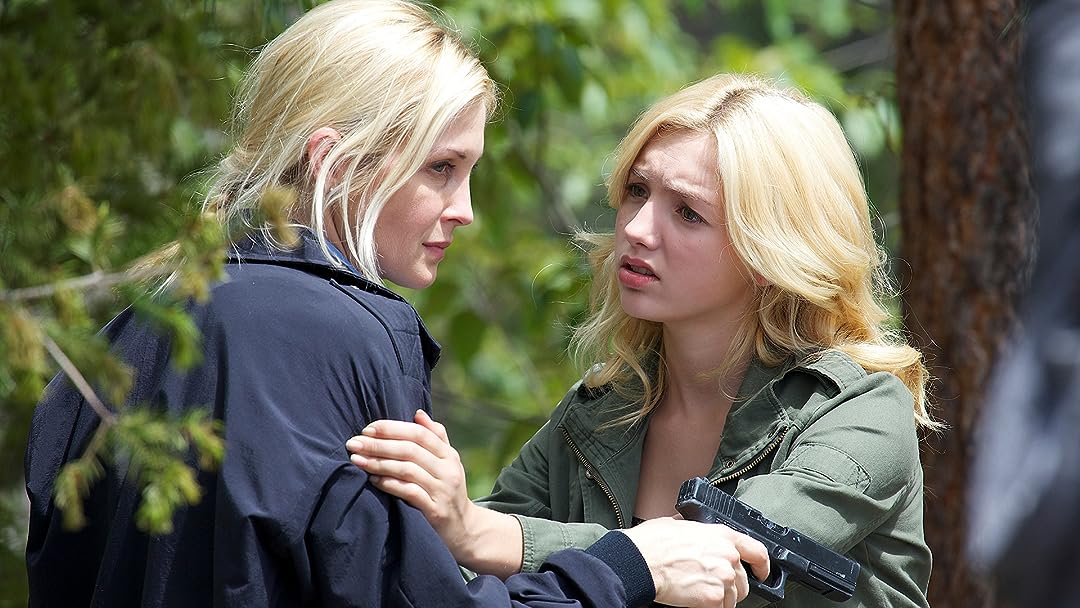 (10)1 h 28 min201316+
Sibling rivalry returns to torment Jane, a young police officer, after her older sister Cass is released from the hospital for the criminally insane. Cass begins showing interest in getting back her daughter whom Jane has been raising. Unable to convince others her sister is still dangerous, and wanting to protect her niece, Jane takes matters into her own hands and goes after her sister herself.

Sammi RandallReviewed in the United States on May 17, 2019
2.0 out of 5 stars
Bad Hollywood formula script.
Verified purchase
Decent acting, but unfortunately, bad script. From the beginning, things don't make sense throughout the movie in a way that's not intriguing, but frustrating. In the end it's all supposed to come together, but by then I didn't care.

Tina .Reviewed in the United States on August 7, 2019
5.0 out of 5 stars
This is a great movie!
Verified purchase
It had a surprise twist ending I never saw coming! Normally I don't write movie reviews, but I had to w/all these bad ones. It's like a Lifetime movie. I could't be happier with it to be honest. I love Natasha Henstridge so I couldn't resist.

Miroslaw G.Reviewed in the United States on April 25, 2019
1.0 out of 5 stars
bad movie
Verified purchase
this movie is so bad, ouch ...it's so bad. it hurts
2 people found this helpful

Punk Rock PattiReviewed in the United States on May 4, 2019
2.0 out of 5 stars
After school “special”
Verified purchase
Really sappy.

James N SimpsonReviewed in the United States on April 16, 2019
5.0 out of 5 stars
Don’t You Just Hate it When Relatives Come to Stay? Especially When They Formerly Lived Pyshc Ward
This was a pretty cool movie. It’s obviously low budget, there’s things like a scene in the kitchen is supposed to be at night when one sister has gotten up and found the other in there who says she’s just getting a glass of water, then later sweet dreams as she leaves, yet the background behind the kitchen window set is daytime blue sky with clouds. The teenage daughter isn’t the brightest kid in the world, but other than that, this is actually a pretty fun for a budget flick movie.

Basically a woman (Natasha Henstridge best known as the hot alien from Species) gets out of a psychiatric hospital after 15 years, she then turns up out of the blue at her sister’s house (Kelly Rutherford - Melrose, Gossip Girl and a few other long runs on TV shows), who is a cop with a teenage daughter (Peyton List – Diary of a Wimpy Kid movies, Jessie) and a has a new fiancé (Matthew Settle, Gossip Girl). The released sister invites herself to stay for a few days. The daughter had previously been told her aunt had died in the same car crash as her father so is confused and angry at the coldness of her mother towards her sister, who although a little odd, seems like a really nice lady. Her aunt also seems determined to help the teen get over a fear of the water. Some flashbacks throughout the movie tell the viewer that there is certainly reason to be paranoid.