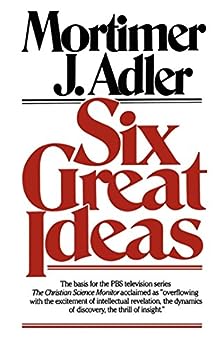 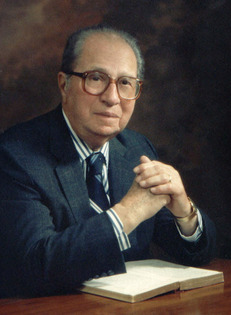 by Mortimer J. Adler (Author) Format: Kindle Edition
See all formats and editions
Sorry, there was a problem loading this page. Try again.
This enlightening study is the result of group discussions at Dr. Adler's annual seminar in Aspen, Colorado, and conversations between Dr. Adler and Bill moyers filmed for public television.

Each summer, Mortimer J. Adler conducts a seminar at the Aspen Institute in Colorado. At the 1981 seminar, leaders from the worlds of business, literature, education, and the arts joined him in an in-depth consideration of the six great ideas that are the subject of this book: Truth, Goodness, and Beauty - the ideas we judge by; and Liberty, Equality and Justice - the ideas we act on. The group discussions and conversations between Dr. Adler and journalist Bill Moyers were filmed for broadcast on public television, and thousands of people followed their exploration of these important ideas. Discarding the out-worn and off-putting jargon of academia, Dr. Adler dispels the myth that philosophy is the exclusive province of the specialist. He argues that "philosophy is everybody's business," and that a better understanding of these fundamental concepts is essential if we are to cope with the political, moral, and social issues that confront us daily.
Read more
Previous page
Next page

Dr. Mortimer J. Adler was Chairman of the Board of the Encyclopedia Britannica, Director of the Institute for Philosophical Research, Honorary Trustee of the Aspen Institute, and authored more than fifty books. He died in 2001. --This text refers to the paperback edition.

Mortimer Jerome Adler (December 28, 1902 - June 28, 2001) was an American philosopher, educator, and popular author. As a philosopher he worked within the Aristotelian and Thomistic traditions. He lived for the longest stretches in New York City, Chicago, San Francisco, and San Mateo. He worked for Columbia University, the University of Chicago, Encyclopædia Britannica, and Adler's own Institute for Philosophical Research. Adler was married twice and had four children.

Amazon Customer
4.0 out of 5 stars Great
Reviewed in the United States on September 19, 2019
Used it for class. Great condition
Images in this review

Gordon Tubbs
5.0 out of 5 stars The Original "Philosophy for Everyone"
Reviewed in the United States on June 1, 2016
Verified Purchase
In his time, Mortimer Adler was a popularizer of Western philosophy and liberal arts education. Chances are if you've heard of him you already know that, but if you haven't, then this is a great book to pick up. He writes in a very down-to-earth manner and conveys his points with examples and language that is very clear.

Philosophy is indeed all around us, whether we acknowledge it or not, society is built upon great ideas... not advancements in technology. Of these ideas, Adler identifies six that hold the greatest weight in Western civilization: Truth, Goodness, Beauty, Liberty, Equality, and Justice. These ideas are the "red pills" of our society (to borrow a term from The Matrix), and once you understand the thought process behind them, it will change the way you think about everything from your daily routine, entertainment, politics, and beyond. It is not entirely about "up in the air" stuff that where philosophy books tend to go.

If you know somebody who is an intellectual, this book would be a great stocking-stuffer that they would eat up very quickly. If you know somebody who is NOT an intellectual and has a disdain for philosophy, it might be worth reading this book and then giving it to them so you can begin a conversation. It is a manual for thinking freely and wisely.

Amazon Customer
5.0 out of 5 stars The kind of book you will read more than once...
Reviewed in the United States on May 30, 2014
Verified Purchase
Fortunately, I have just started homeschooling so I can put it in as required reading!

This book takes some pretty deep stuff and makes it accessible to everyone without watering it down or talking down to you. Don't skip anything. I used to go straight to chapter 1 when I start a book. I have learned that skipping an introduction or preface can be cheating myself of something valuable. You don't want to miss anything he has to say.

added later-
I snuggled up with my 11 year old and and have been reading it to him a chapter or two at a time. Sometimes I re-read the last chapters we covered. He seems to be 'getting it', and I have learned a bit myself. Obviously when reading 'heavy' material with an older child you want to read more slowly.

rickg
5.0 out of 5 stars American philosopher Mortimer Adler - a must-read modern philosophy book
Reviewed in the United States on January 7, 2013
Verified Purchase
In this book, Six Great Ideas, Adler meticulously breaks down six well known concepts into two triads. Truth, beauty & goodness are the first three concepts while justice, liberty and equality are the next. This is a brilliant text albeit Adler's writing style and depth of discussion is initially challenging. This book is a fine complimentary foundation for one to begin their journey in search of the truth. It is highly rational, not academic in voice and reveals wisdom that would be beneficial to all. Adler spices up the discussion when he notes that five of the six ideas are encapsulated in our nation's Declaration of Independence. He also warns us that it only in the realm of doubt that we can pursue the truth. Adler tackles one of the big questions in life, how do we know good from bad, when he writes that 'good is when we desire what we need [to survive]/' Get the context: get the book.
Read more
8 people found this helpful
Helpful
Report abuse

David W. Edsall,MD
5.0 out of 5 stars Required reading for a all how vote, plan to vote, or wan to be a good person
Reviewed in the United States on June 2, 2011
Verified Purchase
How can you vote in the best interest of the country if you don't understand what is true, what is a lie or what is untrue (those are not the same) Were Powels UN statements lies or untrue? Were those calling Powel and Bush liars, themselves liars? How can you vote for the best candidate if you don't understand good from evil from bad? How can you be a good citizen and apply justice, liberty, and equality in your daily living if you can't explain those ideas. What is the pursuit of happiness? These ideas are what America is supposed to be about but if you don't understand these ideas how can you make sure we are on the right track or not.

Adler is one of there great minds and writers of the last century. His easy to read and precisely worded books will teach you how to think for your self and judge others and live a good life so that you will be happy. If you can't distinguish wants from needs you will be more stressed by following a chaotic (maybe pleasurable) path in your life but will never be happy and content. This is the best book to start with. Then move on to Philosophical Mistakes, How to Read, Aristotle Made Easy, and most importantly the syntopticon. If you take this book to heart and live by it, it will change your life and will help you see who is fair and balanced and who is lying to you to advance their misguided (at best) agenda. It will give you the best chance for happiness.
Read more
11 people found this helpful
Helpful
Report abuse

Eric F.
4.0 out of 5 stars Great book
Reviewed in the United States on March 5, 2022
Verified Purchase
Everything arrived on time and as advertised
Read more
Helpful
Report abuse

Amazon Customer
5.0 out of 5 stars This enduring book!
Reviewed in the United States on August 16, 2013
Verified Purchase
Each of the 6 ideas are important and Adler wrote a book for the ages. I wanted a Kindle copy. Wonderful for having highlights easy to find and discuss. I used the book to talk to my Happiness Project group about the connection between Goodness and Happiness. A delightful and positive conversation.
Read more
One person found this helpful
Helpful
Report abuse

Maribel
4.0 out of 5 stars Great
Reviewed in the United States on September 19, 2019
Verified Purchase
Used it for class. Great condition
Read more

Maribel
4.0 out of 5 stars Great
Reviewed in the United States on September 19, 2019
Used it for class. Great condition
Images in this review

Teigen bibi
2.0 out of 5 stars I love reading books.
Reviewed in the United Kingdom on February 18, 2020
Verified Purchase
It is too deep, heavy to digest, although l have studied philosophy before.
Read more
Report abuse

ND
4.0 out of 5 stars Four Stars
Reviewed in the United Kingdom on December 23, 2014
Verified Purchase
It is a good book to add in my collection.
Read more
Report abuse

Darrin C
5.0 out of 5 stars Five Stars
Reviewed in Canada on May 14, 2015
Verified Purchase
Very happy with my order!
Read more
Report abuse

alan cavin
4.0 out of 5 stars deep yet fun
Reviewed in Canada on June 3, 2014
Verified Purchase
Deep truths presented thoughtfully yet accessible to all. Good apologetics, solid on faith without being preachy nor dry. A good read.
Read more
Report abuse
See all reviews