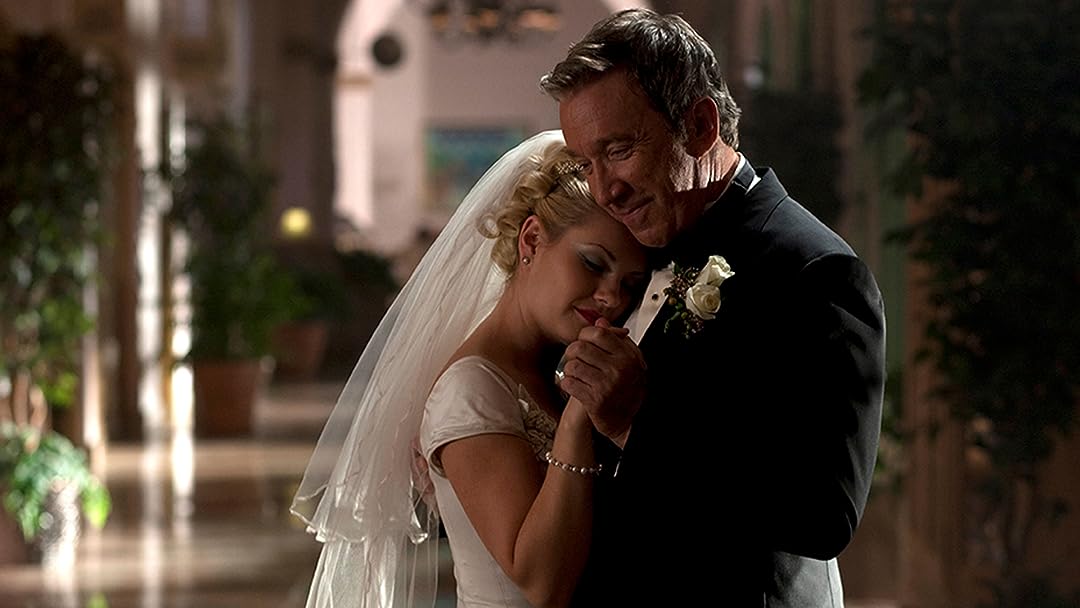 The Six Wives of Henry LeFay

(129)
5.11 h 35 min2010X-RayPG-13
An estranged daughter inadvertently reconnects with her carefree dad after his unexpected death brings together his six very different former lovers.

errin spellingReviewed in the United States on March 22, 2020
4.0 out of 5 stars
you know what's going to happen
Verified purchase
there are a lot of big stars in this. why they married him, no one will ever know. dharma is hailarious. you will laugh at her. his daughter is the only intelligent person , or sanest person, in the film. we enjoyed it. we need more movies,that are comedies to watch amazon and Netflix. there are way, way too many upsetting ones and not enough light comedies. it takes us an hour each day to find movies that aren't upsetting.thanks for this one, Hollywood.
20 people found this helpful

jwReviewed in the United States on April 27, 2020
1.0 out of 5 stars
stinks like a dead whale
Verified purchase
There are charming rogues, then there are complete douche bags...this guy is the latter. The characters the women played were completely unoriginal, stereotypic, outworn and demeaning. There were no parallels with Henry 8th that were anything other than grossly superficial and none that were worthwhile. Andy McDowell was unwatchable, as usual. Jenna Elfman chewed up the scenery frantically. Tim Allen yuck-yucked all the through it. Elisha Cuthbert did a fair job with extremely bad material. Sorry I didnt shut it off when I first considered, about 15 minutes in...absolutely nothing to recommend in it. (The edits were a hot mess too, but at a certain point it doesnt matter how many gaping holes are in a sinking ship, when it is already a lost cause with nothing to salvage.)
5 people found this helpful

JohnCReviewed in the United States on September 8, 2020
2.0 out of 5 stars
It was ok
Verified purchase
The comedy was genuinely funny, but the last part of the film just didn't do anything for me in terms of the characters and their various resolutions. Tim Allen does the comedic self-absorbed jerk character brilliantly, but by the end of the movie I just wanted to be done with it. Not Mr. Allen's fault, I blame the writing: It was as though the writers got 2/3 of the way through the story and then were instructed to "wrap it up asap" because they were up against a deadline or something. Not a bad movie, I really enjoyed most of it; just the last part was disappointing to me in terms of story quality.
One person found this helpful

TIM ROMEROReviewed in the United States on May 16, 2020
4.0 out of 5 stars
Not a Classic But Maybe a Cult Classic
Verified purchase
This is one of those movies you settle on after going through a list of choices on your streaming service and decide to take a flying leap. The critic (paid) reviews and listed rating has you betting you won"t get far beyond the credits, however you last to the end and are glad you did. It's not a classic but maybe it can become a cult classic as more people do as you did and take a chance and watch.

Tim Allen is his usual narcissistic self as Henry LaFey, an Ithaca NY Audio/Visual Retail "Titan" who has been married six times to five different women, sometime becoming engaged to one future ex before he is divorced from the current future ex. The six exes have keep some kind of relationship going with Henry even after they have divorced. Each one loves him and hates him and are extremely jealous of the other exes. The referee for this dysfunction mess is his daughter and only child, Barbie, played by Elisha Cuthbert of 24 fame. She is amazingly grounded after growing up in this hurricane of relationships. The seemingly only side effect of weathering this storm is her unwillingness to commit to marriage.

The film opens with Henry in Mexico conversing with a recent divorcee played by Larry Miller named Lipchutz. Henry is espousing on the positives of divorce as he and Lipchutz share a tropical drink. They decide to throw caution to the wind and go paragliding. Next we see the line snap and Henry fall into the Pacific. The action switches to Barbie getting the phone call no one wants, her father is dead. We get a glimpse, though, of crazinest they will ensue around the life and times of Henry LeFay as Barbie doesn't believe the caller. Something convinces her and the film then switches between flashbacks and the present. The flashbacks set up the present mayhem to follow as all five wives must interact together to bury Henry.

You want to label Henry LaFey a jerk, but he is a loveable jerk. He also still loves all his wives and you come to realize that he is a complex character and he would be happy for life if you could merge of his exes into the one perfect, compatible partner. Barbie is frustrated with her father as he constantly calls on her to help bail him out his self imposed messes. She wants to be done with him but as I mentioned earlier, for all his faults he is a loveable jerk.

Yes the film is predictable but aren't most movies predictable, especially comedies? Perhaps you are too smart by half and won't be intellectually stimulated by this cute distraction, perhaps. You won't need a laugh track to smile and when you get to credits you won't be thinking that you wasted an hour & a half of your life like you did the last time you read the New Yorker.

Paul Van VelzerReviewed in the United States on April 19, 2020
5.0 out of 5 stars
Romance, crazy, beautiful, believeable.
Verified purchase
In the end you know what's important, and what's not. Tim Allen plays a sleazebag of a husband, whose heart is never faithful, to any of his numerous wives. His daughter has it all together, but cant bring herself to commit to any marriage. By the end she and you both, realize that taking a chance on the wrong person, is better than to live out your life never having taken that chance.
2 people found this helpful

MSSReviewed in the United States on May 11, 2020
1.0 out of 5 stars
Was idiotic
Verified purchase
I normally really like Tim Allen. This movie was just over the top idiotic. The "funny" parts were just crude and not not funny. I can't think of much I liked about this movie. Why would any woman marry this guy? The daughter's smartest move was when she decided she wanted nothing more to do with her dad.
One person found this helpful

i don't believe i will like this movie if i complete it.

moving on to another "comedy" that will hopefully make me laugh at least once within the first few minutes!

WarriorSonReviewed in the United States on April 27, 2020
2.0 out of 5 stars
What was the point?
Verified purchase
Don't waste your time watching this. Horrible people doing horrible things to each other. Not funny at all and no moral redeeming value.
2 people found this helpful
See all reviews
Back to top
Get to Know Us
Make Money with Us
Amazon Payment Products
Let Us Help You
EnglishChoose a language for shopping. United StatesChoose a country/region for shopping.
© 1996-2022, Amazon.com, Inc. or its affiliates