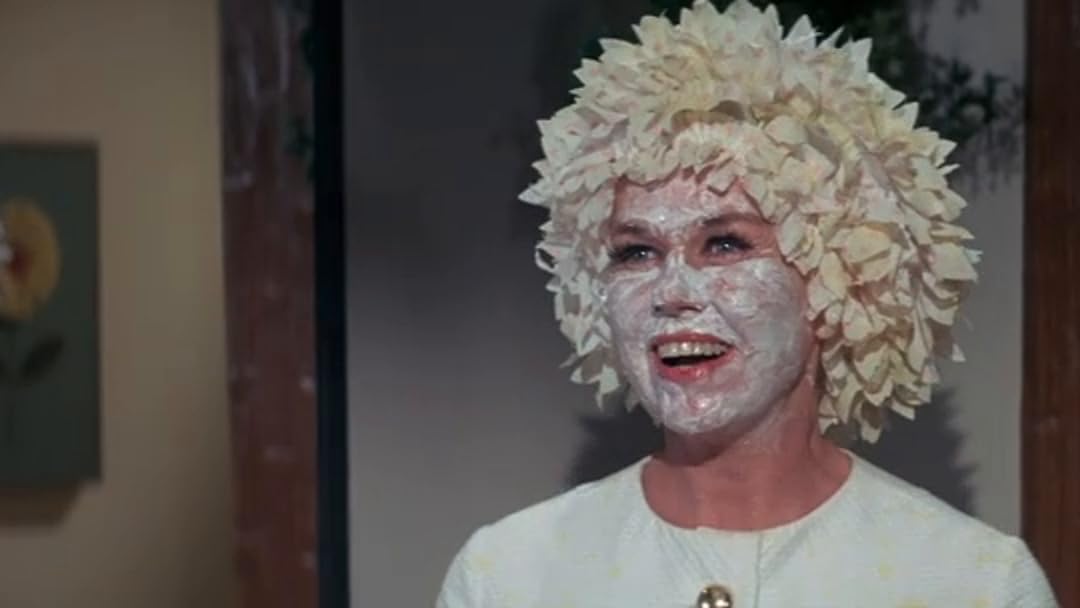 With Six You Get Eggroll

(2,058)
6.51 h 34 min1968G
When two widowers fall in love and get married, they return from their honeymoon to discover that their respective children (and pets) might not be as great a match. It's a hysterical comedy classic for the entire family.

K. L.Reviewed in the United States on July 6, 2019
5.0 out of 5 stars
Love this movie!
Verified purchase
Love this movie! You can never go wrong with any Doris Day movie. This one has Brian Keith as the leading man with her. They are a great team!! Romantic comedy and blending families are the big themes in this movie.
7 people found this helpful

Dr. PaulReviewed in the United States on November 24, 2020
5.0 out of 5 stars
Still holds up: fun, sweet, classic
Verified purchase
Okay... so this is very dated. But that’s a huge part of the charm. Spend some time as Doris Day and Brian Keith fall in love and figure out how to blend their families.

This dates back to those days when families were finally blending in film (this is through death, not yet venturing into divorce). From this and Yours, Mine, & Ours we’d get The Brady Bunch. But here we are... fresh adventure.

This film has a stellar cast (including at-the-time unknown Jamie Farr and William Christopher). The writing is charming. The story sweet and funny. Okay, yea, there is a major hoaky going on here, but again, this is prime for its timeframe. So sit back, enjoy, and have fun. We love this film and will enjoy more and more...

SirMikeReviewed in the United States on July 6, 2019
5.0 out of 5 stars
Doris Day at her best!
Verified purchase
A Brady Bunch type movie that will keep you in stitches. Doris Day doesn't sing but gives a great performance for second time around parents. My wife and I related to the issues in the movie and would recommend it to everyone with step children....
3 people found this helpful

Amazon CustomerReviewed in the United States on December 24, 2021
5.0 out of 5 stars
Flashback
Verified purchase
This movie takes me back to my childhood when our parents would have parties and move the television into our bedroom so we'd be preoccupied with movies and not be a bother. Brian Keith was one of my favorites and this pairing of Keith and Day trying to blend their families is a classic.

Pat StillerReviewed in the United States on June 3, 2018
2.0 out of 5 stars
Weak
Verified purchase
I adore Doris Day! and have seen all of her movies multiple times. This last one has always been one of the weakest. Very weak story with no supporting cast. Jamie Farr & William Christopher, through no fault of their own, just weren't funny. Day & Brian Keith are still cute, but they just didn't have much to work with.
2 people found this helpful

TiffyReviewed in the United States on July 3, 2014
5.0 out of 5 stars
Doris Day's last movie and a good one
Verified purchase
I also posted this on Turner Classic Movie's website.

Doris Day's last movie and a good one. Great family comedy. Doris plays a widow with three boys who happens to think of a single man with a daughter to be invited to a work party of hers. The two hit it off, although not totally at first, and they have good chemistry together. Their children have to adjust when the two become married and must live out of two houses. Very entertaining and easy to watch over and over. It features Alice Ghostly who played Esmeralda on "Bewitched" as Doris Day's maid.
10 people found this helpful

Paul BroganReviewed in the United States on October 16, 2000
4.0 out of 5 stars
This &quot;Eggroll&quot; is Stuffed with Laughs!
Verified purchase
"With Six You get Eggroll" bowed in the nation's theatres in August of 1968. It quickly became a popular success at the box-office thanks, in large part, to the enduring popularity of the film's star, Doris Day. Although some critics compared it, unfairly, to another comedy success, "Yours Mine, and Ours", "Eggroll" can more than stand on it's own merits.
The story about a widow with three children who falls in love with a widower with one daughter, is not new or original. However, thanks to a charming script, smooth direction by Howard Morris and the cast headed by Day and Brian Keith, who have a great onscreen chemistry, it's a delight. By the film's conclusion, audiences have shed a few tears and had more than a few laughs.
Doris Day plays the 40ish widow with charm, sex appeal, and a great deal of warmth. She is completely convincing and it's in her small touches that she especially proves her mettle as one of the most natural screen actresses ever. Keith is manly and real, and the supporting cast which includes Pat Carroll, Alice Ghostley, George Carlin, Barbara Hershey, Jamie Farr, and the popular rock group, The Grass Roots, lend credible support.
While the film, the first production of the CBS film wing, may betray it's television roots, seeming at times like a pilot for a sitcom, it is ultimately a fine working of a winning formula.
This was Day's cinema swan song, after two decades of enormous popularity, and it's a film that none of the participants need feel anything but pride in.
135 people found this helpful

Jack BookerReviewed in the United States on November 9, 2020
5.0 out of 5 stars
Doris Day forever!
Verified purchase
I love Doris Day and have been buying everyone of her movies I can find. This is a good one, hard to say what is best... Teacher's Pet is really good.

Good funny family movie.
See all reviews
Back to top
Get to Know Us
Make Money with Us
Amazon Payment Products
Let Us Help You
EnglishChoose a language for shopping. United StatesChoose a country/region for shopping.
© 1996-2022, Amazon.com, Inc. or its affiliates