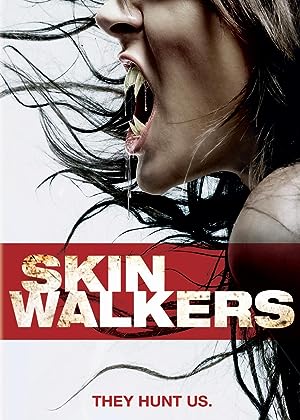 (538)4.61 h 31 min2007PG-13
HD. Rival packs of werewolves wage war over the fate of a teenage boy who stands as the fulfillment of an ancient prophecy in this horror film.

ArmyMama3Reviewed in the United States on May 12, 2017
3.0 out of 5 stars
Friday Night B Movie Marathon
Verified purchase
it's ok. It's a "B" movie. I did not read any reviews prior to watching the movie so I was a blank slate going into the movie. There are many action scenes and I enjoyed that. The acting could have been better BUT I largely blame the writers. The dialog is pretty terrible. The story line isn't too bad. I did enjoy the twist at the end. I might watch it again if I have another "Friday night B movie marathon". Oh there is a completely unnecessary sex scene between the two "bad" werewolves, it added nothing to the film and could have been a better shot of them running around eating people or explaining what happened to the mother and father. Writers......I shake my head at you!
6 people found this helpful
Report abuse

AReviewed in the United States on March 10, 2020
1.0 out of 5 stars
Spoilers.
Verified purchase
I was really excited to see this movie. The name alone made me think it would be at least a little entertaining. By the end, I was terribly disappointed. Not only did all the people Timmy cared about get killed, but the one who brought about their deaths lived, and they kinda just let him do whatever. Mom just 'forgives' the murderous dad who not only killed everyone but also was trying to kill them as well. What kind of life is being a blood bank to a 13-year-old kid, if they had known his blood was the cure from the beginning then no one would have had to die. His father is a murderer, and his mother will more than likely die long before either of them. So how is this a good movie?
3 people found this helpful
Report abuse

Josh PlileyReviewed in the United States on February 3, 2019
4.0 out of 5 stars
Great B Movie!
Verified purchase
If you are looking for a multi-layered plot with intricate information. Look elsewhere. If you just in the mood for a decent creature B movie then this is a gem. From what they needed to work with the acting was spot on and the creature design is pretty cool. The only reason I gave this movie 4 out of 5, is that I feel like they were aiming higher for a B movie and it fell flat. If they would have approached it from the start as a B movie and not taken it as seriously or given it the attention the higher level needed, it could have been a lot better.
For what it is the ride is great. Just do not watch this thinking it will be a masterpiece.
3 people found this helpful
Report abuse

Courtney GrugnaleReviewed in the United States on March 22, 2018
4.0 out of 5 stars
Plot, Werewolves and Kids
Verified purchase
This is a great movie to watch if you're a fan of werewolf / lycan movies. It comes with several twists and turns that you wouldn't see coming and I genuinely enjoyed the movie. Even though it was never in theaters it was still a good watch and you'll likely recognize some of the actors and actresses in the film. The story revolves around a town of people hellbent on getting a little boy to his tenth birthday so that he can save them all. They have to fight off a group of psychotic bikers in order to make this happen. Keep in mind that this is more of a horror movie so wouldn't recommend watching with the kiddos. I recommend watching it at night so that whoever is watching can get the full effect of a good scare. Would a hundred percent recommend for someone looking for something different in the supernatural category.
2 people found this helpful
Report abuse

JadeReviewed in the United States on April 21, 2017
5.0 out of 5 stars
Really good movie
Verified purchase
I expected a very typical movie, given the theme of werewolves and some saving grace/salvation thing. I was pleasantly surprised to find that while there were many typical tropes to this movie as far as the werewolves and the incorporation of native american legends go, that there was an interesting twist to the story and especially the ending that I hadn't anticipated.

Definitely worth the watch.

Literary GroupieReviewed in the United States on October 23, 2008
3.0 out of 5 stars
Is That All There Is?
Verified purchase
I haven't seen a good werewolf movie in a long time and saw the preview while watching another movie. I got really excited when I saw that Jason Behr(yummy!) would be in it. It was okay except I found myself confused by the whole theme of the movie. There should have been more background or something, it all seemed to go by too quickly. They look for the boy, they find the boy, there's a fight, and then it's over and the credits are rolling. WTF! If you just like to watch hairy people ride around on motorcycles then this is the movie for you. If Jason wasn't so sexy I would give this movie 1 star but his hotness does help....a little.
4 people found this helpful
Report abuse

Dr. WhiteReviewed in the United States on September 23, 2020
1.0 out of 5 stars
Not good at all
Verified purchase
I watched this movie, and I lost two hours of my life that I can never get back.
Report abuse

In my opinionReviewed in the United States on May 20, 2017
3.0 out of 5 stars
not too bad
Verified purchase
Better acting than most B movies, and the cinematography is pretty good, too. Not the best movie - no. But it's only around 90 minutes long, and it kept my interest.
One person found this helpful
Report abuse
See all reviews
Back to top
Get to Know Us
Make Money with Us
Amazon Payment Products
Let Us Help You
EnglishChoose a language for shopping. United StatesChoose a country/region for shopping.
© 1996-2021, Amazon.com, Inc. or its affiliates