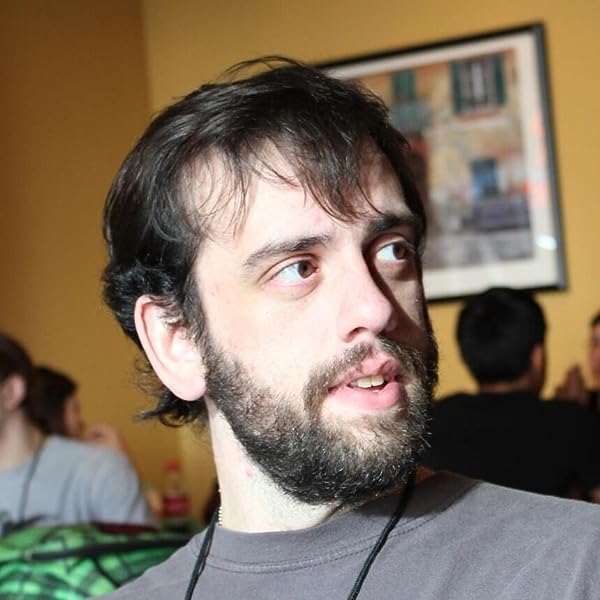 by Joseph R Lallo (Author)
4.6 out of 5 stars 244 ratings
Book 2 of 6: Free-Wrench
See all formats and editions
Sorry, there was a problem loading this page. Try again.

It has taken some adjustment, but Nita Graus has made quite a home for herself among the crew of the Wind Breaker. Under her skillful care it has become one of the only airships to stay aloft without the continuous repair and oversight of the vile and manipulative fug folk. Word of her adventures with Captain Mack, Gunner, Lil, Cooper, and Wink has made the whole crew into living legends among the residents of the mountain towns of Rim, but in doing so it has also made finding safe harbor virtually impossible. Agents of the fug folk and those working on their behalf hide in every cloud and skulk in every shadow. Only one town, a place called Lock, is willing to welcome the Wind Breaker into port. Most of the townspeople have already been shunned by the Fug Folk, and as such have little to lose in aiding and abetting the crew. Captain Mack, mindful of his advancing age and the risks he's had to request of his crew time and time again, has begun to plan for his retirement. Plans are swiftly derailed when the fug folk hatch a plan of their own, splitting the crew and locking Nita away in the floating prison known as Skykeep. Skykeep is the second book in the Free-Wrench saga and continues to chronicle the adventures of Nita and her new crew as they continue to clash with the twisted figures who control the destiny of a continent.
Read more
Previous page
Next page

Mr. DDB
5.0 out of 5 stars This book was a blast!
Reviewed in the United States 🇺🇸 on August 15, 2022
Verified Purchase
If you enjoy a quick paced story, filled with action, and distinctive, colorful characters, you'll enjoy this book. Lallo delivers again!
Read more
Helpful
Report abuse

Ed Manti
5.0 out of 5 stars So much fun
Reviewed in the United States 🇺🇸 on May 26, 2022
Verified Purchase
Liked the first one so much I bought the whole series. Just finished the second one,Skykeep. On to number 3!
Read more
Helpful
Report abuse

SF Addict
4.0 out of 5 stars It's worth the price of admission and then some.
Reviewed in the United States 🇺🇸 on March 27, 2015
Verified Purchase
I'm a very simple person, every time I read a book I ask myself some questions at the end. Was it worth the cost? When I finished the book was a i glad that I read it? I thought this book was a bargain at it's current price and I was was happy while reading the book and happy when I finished it. But I liked the first book in this series better. At the beginning of the first book the author wonderfully described Nita's job working in the volcano, that's what hooked me and caused me to buy the novel. The end of the first book i felt had a superior ending by not only tying those loose pragmatic ends together but by tying up those loose emotional threads and some how giving a firm foundation for more of Nita's thrilling adventures to come. Truly I felt the author had wrapped things up extremely well with the novel Free Wrench and better than 98 percent of the books that I've ever read, and I've read a lot of books. Also in Free Wrench, Nita's skills as an engineer were showcased to a greater degree and I always like the engineers in any story. Scotty from Star Trek was my favorite character. Mister Lallo just set the bar extremely high with Free Wrench and to me this book while wonderful just didn't quite match it. So I am being extremely unfair and only giving it four stars.
Read more
5 people found this helpful
Helpful
Report abuse

Jonathan Glass
5.0 out of 5 stars A worthy sequel and a promising future for the Free-Wrench series
Reviewed in the United States 🇺🇸 on March 26, 2015
Verified Purchase
I have been a huge fan of Joseph Lallo for a couple of years now. His new releases are always on the top of my reading list when they come out. However to be honest I was Pleasantly surprised with Skykeep. I liked it so much more than I ever expected I would.

To get some context. This is the second book in the Free-wrench series. I had read Free-wrench when it came out and I liked it but it did not hold the same place in my heart as some of his other works. So when I heard about the sequel here I was expecting about the same. Boy am I glad I was wrong.

Joseph really takes the world and characters that he created in the first book and fleshes it out even more. This book was just all around fun and exciting. The characters, the places, the world building. I read it over a couple of days and it was one of those books that was just painful to lay down because I wanted to know what was going to happen next.

Well done on this one. Certainly worth your time. If you like Adventure, steampunk, pirates or if you just like good solid story telling and great characters then this is the book for you.

EFC
5.0 out of 5 stars Love Skykeep.
Reviewed in the United States 🇺🇸 on March 28, 2015
Verified Purchase
I have loved Joseph Lallo's writing style since his very first book and Skykeep, his latest offering is no exception. The story moves at a believable pace and the characters are as real as old friends. One of the things I love best about Lallo's writing style is his ability to describe characters so fully that you could recognize them walking down the street. For instance, the Mayor of Lock, the port town that stars in the first part of Skykeep.

"At the door waited a portly man with a wide smile on his face. He was well dressed, with a matching jacket, slacks, and vest along with a heavy overcoat and a matching pocket watch. He'd made the unfortunate choice of connecting his mustache to his sideburns, which became more unfortunate once his slide into middle age had cost him the hair on top of his head."

This descriptive ability makes Skykeep come alive and combined with believable dialogue and motivations make it a very worthy entry into the Steampunk universe. I can't wait to read more of the adventures of Captain Mack, Amanita and the rest of the crew of the Windbreaker.
Read more
Helpful
Report abuse

Reading Man
5.0 out of 5 stars Great sequel!
Reviewed in the United States 🇺🇸 on July 19, 2021
Verified Purchase
Loved the first and loved the second book in the series!
Conf wait to get to the next one!
This is a series well written and fun to read.
Read more
Helpful
Report abuse

T.O.Powell
4.0 out of 5 stars 4 1/2 Stars
Reviewed in the United States 🇺🇸 on October 22, 2018
Verified Purchase
Nita is still just as delightful as in the first book but I did like the first one better. We still have the same crew but a new adventure with Nita being put in a fug prison. I wasn't as crazy about the story line in this one but I'm still keeping it on my Kindle as a favorite so I can reread again.

If you enjoyed Free Wrench you should definitely give this one a try.
Read more
One person found this helpful
Helpful
Report abuse
See all reviews

Alasdair Forsythe
3.0 out of 5 stars Entertaining book, worth a read
Reviewed in the United Kingdom 🇬🇧 on January 22, 2020
Verified Purchase
I enjoyed the first book in the series, "Free Wrench", which prompted me to read the second, Skykeep, and while it was entertaining, it didn't quite have enough to it to make me want to read the third book, so I think I'll just leave it there. It's basically just light reading, and there's nothing wrong with that, but there's a lot of other good stuff out there.
Read more
Report abuse

John Orr
5.0 out of 5 stars Another excellent read
Reviewed in the United Kingdom 🇬🇧 on June 18, 2015
Verified Purchase
Not sure how I managed to overlook these stories, but I'm glad they finally caught my eye. I've very much enjoyed Joseph Lallo's writing since I first read the Book of Deacon series some time ago, and devoured pretty much every other book since (I especially like the Big Sigma books). This does not disappoint.
Great characters, a plot that belts along, and great writing that tells a super story. Can't wait to read more of this series.
Read more
Report abuse

Black Invader
5.0 out of 5 stars An adventure
Reviewed in the United Kingdom 🇬🇧 on December 29, 2017
Verified Purchase
This set of stories is great for an introduction to another role and its various inhabitants.
The main plot continues with the 'fug folk' getting taught an invaluable lesson. What that is you will enjoy in this book as the storyline moves forward.
Read more
Report abuse

Oz Rob
5.0 out of 5 stars One of the best reads ever
Reviewed in the United Kingdom 🇬🇧 on January 9, 2019
Verified Purchase
I read this series back to back over about 4-5 days. Fabulous read, really took you in to this fictional world, where you could even imagine the Fug and Phlo Lights, so well described.
Read more
One person found this helpful
Report abuse
See all reviews