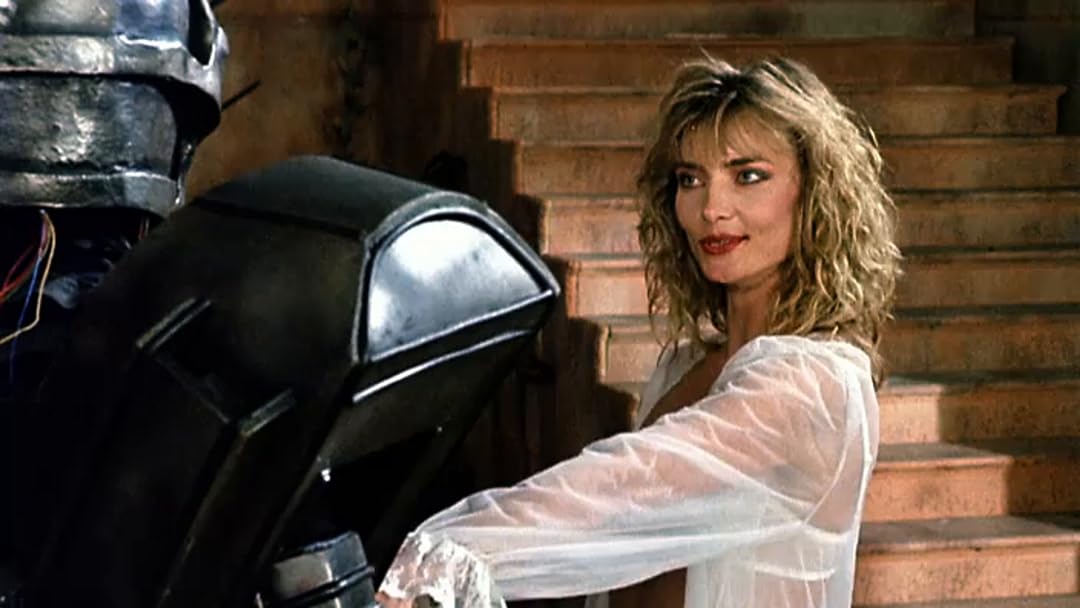 Slave Girls From Beyond Infinity

(131)
4.61 h 14 min1987R
In the distant future, two beautiful young slaves are serving life on a prison galley. With hopes and no map, they escape, convinced that any fate will be an improvement. Crash-landed on a strange planet, they meet Zed, greatest hunter in the cosmos. His gracious hospitality fools them at first, but even these girls notice that Zed's other guests are disappearing one by one.

Boba JeffReviewed in the United States on August 22, 2018
2.0 out of 5 stars
meh
Verified purchase
as a connoisseur of fine B movies, I must say that despite it's excellent title, "Slave Girls from Beyond Infinity" left me a little disappointed. Oh, it had all the earmarks of a classic B film, ludicrous premise, bad acting, goofy special effects etc. But, there was just something lacking. There was no spirit in it. The pacing was slow. The acting wasn't just bad, it was also flat and lifeless. Everything just seemed phoned in. It wasn't the worst film I've seen and it is still better than 90% of what Hollywood puts out today. But, if you're not really into cheesy b-movies, give this one a pass.
9 people found this helpful

Alexander W.Reviewed in the United States on March 1, 2019
4.0 out of 5 stars
Incredibly stupid and entertaining take on "Most Dangerous Game"
Verified purchase
Obviously ridiculous but fun to watch
2 people found this helpful

Robert I. HedgesReviewed in the United States on March 11, 2004
3.0 out of 5 stars
Average Buxom Slave Warrior in Outer Space Camp Fare
Verified purchase
This is nothing more than 'The Most Dangerous Game' meets the Dallas Cowboys Cheerleaders on the set of 'Space 1999'. I expected high camp value out of a film with a title like this, and there is a degree of campiness present, but overall it is bland. The 'outer space' dialogue is often hilarious, and the acting itself is wooden and unsubtle, just like you would expect.
This is almost literally an exact remake of 'The Most Dangerous Game', with a few added mutants and bickering androids for good measure. There is actually not much nudity, and what little bit there is not what you would call titillating. This should have been a more upbeat, fun camp classic, but it tried to be too many things. Notably the director attempts to make it genuinely scary and suspenseful during the hunting scenes, but given the silly nature of the material they are working with, the end product never seems to quite click as a movie.
I have seen funny and campy sci-fi, which I like, and I have seen scary sci-fi, which I also like. Unfortunately this movie presses a little too hard to be both, and it comes up a bit short in the end.

BDLReviewed in the United States on February 26, 2021
1.0 out of 5 stars
Bad
Verified purchase
Not worth the price

walterblow i love other movie to & horror & monster action westerns Reviewed in the United States on January 26, 2019
5.0 out of 5 stars
it was very good
Verified purchase
i loved all of it
One person found this helpful

theNORBReviewed in the United States on October 24, 2019
5.0 out of 5 stars
Eh
Verified purchase
Eh had boobies

Dr. William RuggReviewed in the United States on May 8, 2017
2.0 out of 5 stars
Lame!
Verified purchase
If you are expecting nudity--Forget it! A couple scenes of Boobs only; ZERO full frontal or anything close to it. Acting was "fair."
18 people found this helpful
See all reviews
Back to top
Get to Know Us
Make Money with Us
Amazon Payment Products
Let Us Help You
EnglishChoose a language for shopping. United StatesChoose a country/region for shopping.
© 1996-2021, Amazon.com, Inc. or its affiliates