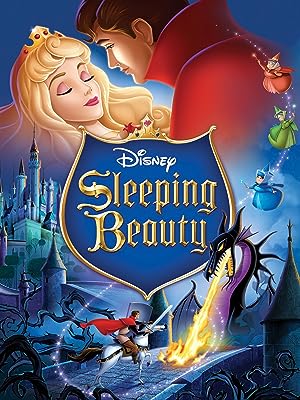 GadsdenReviewed in the United States on February 19, 2018
3.0 out of 5 stars
UPDATE: May not be real but it's hard to tell
Verified purchase
Update:
I took a good hard look at this DVD trying to figure out if it was real. The more I look at it, I am thinking it is probably a really good fake. So 2 big things: 1) no Disney magic points where given which is advertised on the back sleeve, 2) the DVD region encoding was not limited to one region when I looked at it on a computer which is a tell tale sign. Also, maybe this is just me being paranoid but the plastic case it comes in appears to be on the cheap side. Don't get me wrong the thing plays just like the original, the movie quality is the same. The print quality of the of the sleeve and case cover seems to be very good. The sleeve even has raised lettering and reflective surfaces.

These movies had a limited release in 2008 so chances are you are being shipped NOS (New Old Stock) that has been lying around a warehouse especially at a price of $13 is not likely. Now that I read up on these Disney movies being sold way after the release date the more certain that they are fakes just based on circumstances. That being said, the one I got was very like the original, obviously collectors will spot these problems, your kid will probably not. There are many variants of fakes as well floating around some worse then others. I think I paid a $2 premium for a better fake and there was a good chance the seller did not know they where selling fakes especially since the issues I had you would have had to pull the shrink warp off to tell.

Of course there are legal, ethical and possibly play back device security issues involved here as well with this type of purchase, buyer beware.

Old Review (5 Stars):
Arrived as advertised. I was a little concerned after one reviewer mentioned their copy was not legitimate. Mine appears to be legitimate: Shrink warped in a DVD case you would expect, disks do not appear to be made on a home computer, plays in DVD player, new condition. If it helps I bought mine from "Prm Trade" I checked the sellers rating before I bought and they have never had a complaint at the time I purchased this. I will say It did cost me an extra $2 over the cheapest seller which did have pretty bad reviews. It's generally a good idea to do that for anything you buy on Amazon as some sellers are scammers and Amazon tends to default to the cheapest option.

Jj0ystilReviewed in the United States on November 15, 2020
2.0 out of 5 stars
This has a lot of CG and ruins the Original
Verified purchase
This is not Amazon's fault. There are plenty of Disney fans out there, me included. However, in this "re-mastering" Disney added plenty of altered character scenes. Those of us who have seen the original version and original animation may be disappointed. The words & music are the same, just disappointing re-enactment of perfectly original move. There is a touch of a Pixar reconstruction. The characters don't always look the same. You can tell from screens of original & new false scenes. Not to say Pixar is the pits. There are good Pixar movies - Nemo, Monster's Inc... But for Disney to to ruin an original masterpiece, that is on Disney and disappointing. I am wish I could return this purchase to Amazon for a refund. I came close to sending Disney Inc a letter - but what would be the point? Big Corp wouldn't care. :(
11 people found this helpful

Kristi R.Reviewed in the United States on February 5, 2016
5.0 out of 5 stars
"Now, father, you're living in the past. This is the 14th century! "
Verified purchase
This is one of my favorite Disney movies. I love the Tchaikovsky music heard throughout and the beauty of the animation and artwork. The beautiful Mary Costa sings her heart out as Princess Aurora/Briar Rose. When I was a girl I had paper dolls of these characters and an album of Sleeping Beauty by Pyotr Tchaikovsky to listen to while I played. I even named my first child Aurora. So yes, I definitely love this movie.

This version is just as beautiful as I remembered it and it includes extras of a short on the Fantasy Parade and also the background on the input of the designers and animators as well as some of the actors. It also includes some story boards on different ways the story could go as well as some live action sequences the animators used to draw the characters. It comes to about a full 3 hours of movie and extras for this price.

If you are a member of Disney Anywhere you will get 150 points to spend towards your next Disney purchase.

I am a true fan and think this story holds up today with the evil Maleficent becoming the Dragon and the wonderful fairy godmothers, Fauna, Flora and Meriwether. These characters are pure Disney and will be remembered.
28 people found this helpful

KohlReviewed in the United States on June 5, 2018
3.0 out of 5 stars
Not authentic.
Verified purchase
The copy I received looked to be real from the packaging standpoint. However, it is very apparent this isn’t an authentic copy. The beginning doesn’t have the typical Disney credits/previews. And once the movie ends, various screen savers play with instrumental music. It played just fine, so I’ll give it 3 stars for that. But product is most definitely not what it is advertised.
14 people found this helpful

ClarkReviewed in the United States on February 2, 2017
3.0 out of 5 stars
Should read Blu-ray & HD-DVD, not DVD.
Verified purchase
I received this today. I was nervous to buy this fearing it would be in Korean or not play on US equipment. The package I received looks just like the photo, though the top of the package is edited out in the product package image displayed on Amazon. The banner on the top ( omitted in the photo) says Blueray + HD-DVD. For those that do not remember, HD-DVD was the high definition video format that competed with Blu-ray, and became obsolete a number of years ago. An HD-DVD cannot be played on a standard DVD player. The photo says Disney Blu-ray & DVD Double Edition. This is not exactly true. There are two disks, but one is Blu-ray and one is HD-DVD. The DVD logo is printed on the Blu-ray Disc, which might mean it is dual encoded with both a Blu-ray and a standard DVD version on one disc. I was able to verify that the Blu-ray version played on a Blu-ray player, and the HD-DVD disc played one an HD-DVD player ( I actually have one), but I could not determine if a standard DVD player can read either disk. You can select English audio on both versions, though it appears that these packages were intended for the Asian market. I cannot tell if it is bootlegged or a legitimate copy. There is no Walt Disney logo on the package or the the disks, which strikes me as odd. I have not watched it yet. I just ran the test to see if it could get it to play and use English audio, which it does. Three stars because although it plays in English on US Blu-ray players it is not accurately presented as containing an obsolete HD-DVD format disk and because it is devoid of Walt Disney Company logos and copyright labels.
18 people found this helpful

Neil ElliotReviewed in the United States on June 8, 2012
5.0 out of 5 stars
Wake up Sleepy Head
Verified purchase
When this came out in the theatres back in the 50's, I was sort of taken aback by the "strange" animation depicted on screen, having really grown up on PINOCCHIO and the like. Of course, seeing the entire screen filled with the incredible colors and hearing the sound from every corner of the theatre did set a new high mark for Disney and their world of animation.

Years later a copy, non wide screen, was released on video, then came a "partial" expansion, and finally, the original aspect ratio was allowed to fill the screen on DVD, with the advent of large screen t.v.'s.

And now, the presentation of SLEEPING BEAUTY on Blu-ray brings the history (for me, anyway) full circle, though not QUITE as large as the original.

Mary Costa (of old "live" t.v. commercials for refrigerators and Chrysler Corporation's cars, and the first Cunegonde in the national tour of Bernstein's CANDIDE right after it closed on Broadway and concert versioned across the US) brings her crystalline voice to full force as Aurora on the 7.1 soundtrack (although her Metropolitan Opera tour as Musetta in La Boheme was quite a tour de force without amplification). And of course, the film itself is reproduced for the blu ray disc in high definition...quite a visual treat. AND, you can practice your French or Spanish with alternate soundtracks.

So, I'm happy. I also found a re-seller through Amazon who sent me a spotless, good as new package of the film. For anyone wanting to experience a beautiful hommage to medieval hour books, take a look at this film....and enjoy an addition to the incredible Disney villains with a dragon who just won't quit. Maleficent indeed.
One person found this helpful

Michael Patrick BoydReviewed in the United States on September 20, 2013
5.0 out of 5 stars
5 Stars for the movie only
Verified purchase
Sleeping Beauty is one hour and fifteen minutes and was released in theaters on January 29, 1959. The story is that an evil witch named Maleficent put a curse on King Stefan and Queen Leah infant child named Aurora. The curse was that Aurora would prick her finger on a spindle of a spinning wheel before the sun set on her sixteenth birthday. The three good fairies disguised as mortal take her to a cottage in the woods where she grew up and went by the name Briar Rose. Since this is a Disney movie we now the rest of the story and the happy ending. This was the first Disney movie filmed in 70mm format or what we would call today wide screen. This would be the last Disney movie inked by hand. From 101 Dalmatians on, every animated movie would be were xeroxed onto the cels. On last fact about Sleeping Beauty at the time it was the most expensive movie to make at a cost of six million dollars.

My biggest beef about this two DVD set is the overkill of information. In Disc 2 the Games, Music, & Fun is fun for kids but when you the History & Behind the Scene (mostly geared to adults) is too much information. It took me over two hours to go through that whole thing and after watching no more of five minutes of The Peter Tchaikovsky Story I turned the special off. Just see below look below at what you get. I cannot imagine a parent going to her daughter and saying "hey little girlie lets watch all of disk two". The poor girl would wind up committed in a mental sanatorium. Overall Sleeping Beauty (the movie only) is a great family movie and gets an AAAAA+++++.

Previews
A. The Little Mermaid
B. Beauty and the Beast: The Enchanted Christmas
C. Old Yeller
D. Alice in Wonderland
E. The Jungle Book
F. George of the Jungle
Once Upon A Dream: The Making of Sleeping Beauty
One person found this helpful
See all reviews
Back to top
Get to Know Us
Make Money with Us
Amazon Payment Products
Let Us Help You
EnglishChoose a language for shopping. United StatesChoose a country/region for shopping.
© 1996-2022, Amazon.com, Inc. or its affiliates