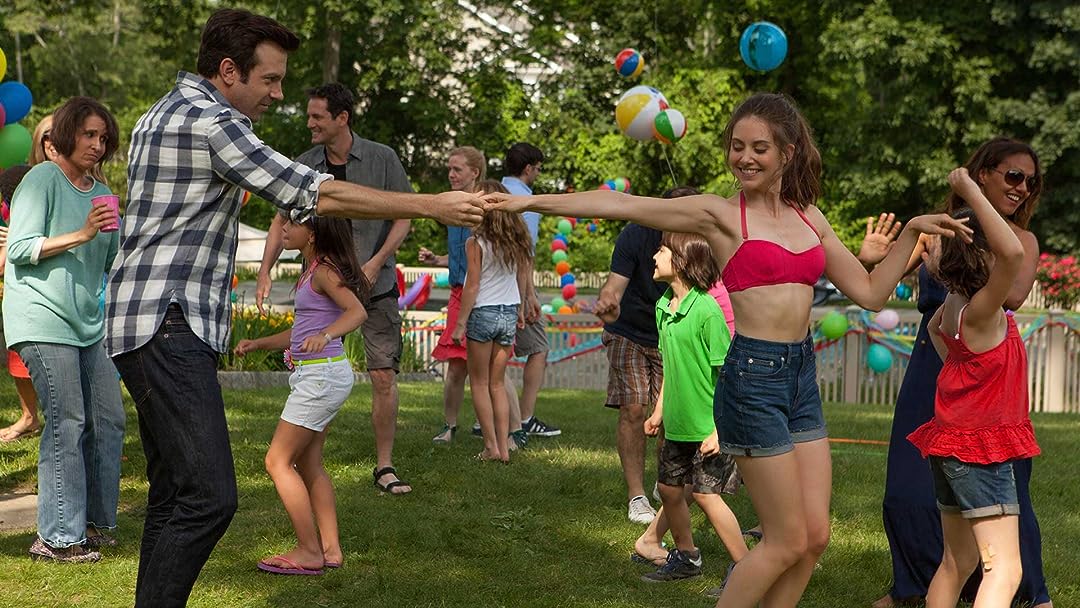 Sleeping with Other People

(1,331)
6.51 h 41 min2015R
A good-natured womanizer and a serial cheater form a platonic relationship that helps reform them in ways, while a mutual attraction sets in.

P RockReviewed in the United States on May 27, 2016
5.0 out of 5 stars
Surprisingly good, original take on the rom-com
Verified purchase
I was surprised by how much I liked this flick. So much that I had to watch it again the next night, because the first time I was only mildly paying attention. I went in because I love Alison Brie and I find Jason Sudeikis to be decent enough, and because I'm a sucker for indie rom-coms set in NYC.

As far as plot goes, it's pretty standard "can man and woman just be friends" rom-com fare, but manages to subvert a few of the more common tropes and is actually somewhat original. Sudeikis' acting is probably the best I've seen from him (I mean he's not going to win an Oscar for it, but he's in top form here), and Brie is lovely as usual. Director Leslye Headland also uses location well, with NYC almost playing the role of another character. Though it's mostly a very competently-shot film, there are also a few truly gorgeous shots in the movie. It's like the love-child between a big studio romantic comedy and an arthouse film.

What sealed the deal for me, though, was the chemistry between Sudeikis and Brie. They are absolutely phenomenal together, and sold the story even if sometimes the plot didn't. Dialogue is quick and witty, though often a bit raunchy. Not gross-out raunchy, but lots of f-words and sexual references, in case that bothers you.

Overall, I think it earns the 5 Stars. I tend to rate movies with the Roger Ebert school of thinking, judging the movies within the parameters of their expected audience and intended goals (i.e. a 5-star rom-com is not necessarily objectively as good as 5-star Lawrence of Arabia). If you're looking for a charming, funny movie, you will probably really enjoy Sleeping with Other People. If you're a fan of Sudeikis or Brie, I'm pretty sure you'll definitely enjoy this. I kind of see it as the best parts of a Judd Apatow rom-com mixed with the best parts of a Richard Curtis rom-com. It's a little bit raunchy and a little bit sweet, but in the end it makes you feel all warm and fuzzy about being in love.

joel wingReviewed in the United States on January 18, 2021
4.0 out of 5 stars
Sudeikis and Brie make a believable couple who can't be together
Verified purchase
Sleeping With Other People is a romantic comedy starring Jason Sudeikis and Alison Brie. The two met in college and had a fling and then years later run into each other. They like one another but try to be friends because they have so many hang ups. The movie is full of funny lines and situations. I’ve always like Sudeikis and here he does usual fast talking bit. Jason Mantzoukas is Sudeikis’ friend and also has some great parts. Finally Sudeikis and Brie have a real chemistry which makes you buy into the story.
C
2 people found this helpful

RhayzzaReviewed in the United States on September 25, 2021
5.0 out of 5 stars
I Normally Do NOT Watch Movies Like This...
Verified purchase
...however, in the little trailer, I saw a nice fuzzy chest and thought I'd give it a go. Glad I did, I was nearly wetting my pants about 15m into the movie (something about a protein bar, omg). So I stuck with it for THAT. I like raunchy kinky adult humor. So I was in for the duration.

It was very unusual for a rom com, that's for sure. And again, I almost never even give them a chance. Then I saw Adam Scott was in it, so even more reason to watch.

Everyone in the movie was fantastic, but I really wish that the Paula & Son situation was a little different (for Oliver's sake). Maybe that can be part of a sorta sequel, who knows.

Anyway, I thoroughly enjoyed this. True, I got up a bunch of times/paused it often because it wasn't THAT gripping, however, it was good to watch in bits and bobs.

sharonReviewed in the United States on May 15, 2020
1.0 out of 5 stars
SUDEIKIS FILMS ARE THE WORST
Verified purchase
He plays the exact same character on different adventures in every film I have ever tried to watch him in. He looks and acts the same, which must be him, but not him acting, like actor are supposed to do. Why does he get cast so much? Thought I would give this film a shot. I did and 5 mins of him was 5 mins too many. He's not ugly, but seems to be totally without the kind of talent that should be in front of a camera telling stories. News Anchor, Weatherman???? He's kind of pretty, but he is never acting in these films.
One person found this helpful

Luke BodewesReviewed in the United States on March 16, 2021
4.0 out of 5 stars
pretty good
Verified purchase
I am not sure why I didn't want to see this movie, I had a feeling like it was going to be a let down. not at all. a truly great movie that was funny, heartfelt and romantic all at the same time. well worth it and would watch again
One person found this helpful

Polina KReviewed in the United States on June 18, 2020
3.0 out of 5 stars
one question
Verified purchase
like why do the same actors play their college-aged versions in the beginning?
am I supposed to buy that Jason Sudeikis is in his early 20s there?
the movie is memorable overall, but that part threw me off and is hilarious to watch
One person found this helpful

JJCReviewed in the United States on April 30, 2020
3.0 out of 5 stars
Great movie! Damaged movie case
Verified purchase
Love this movie!! The case was damaged on top, so after awhile I’m sure I’ll have to place the movie in a cd case or something. The disc doesn’t appear to be scratched or damaged so I’m happy about that at least.
One person found this helpful
See all reviews
Back to top
Get to Know Us
Make Money with Us
Amazon Payment Products
Let Us Help You
EnglishChoose a language for shopping. United StatesChoose a country/region for shopping.
© 1996-2022, Amazon.com, Inc. or its affiliates