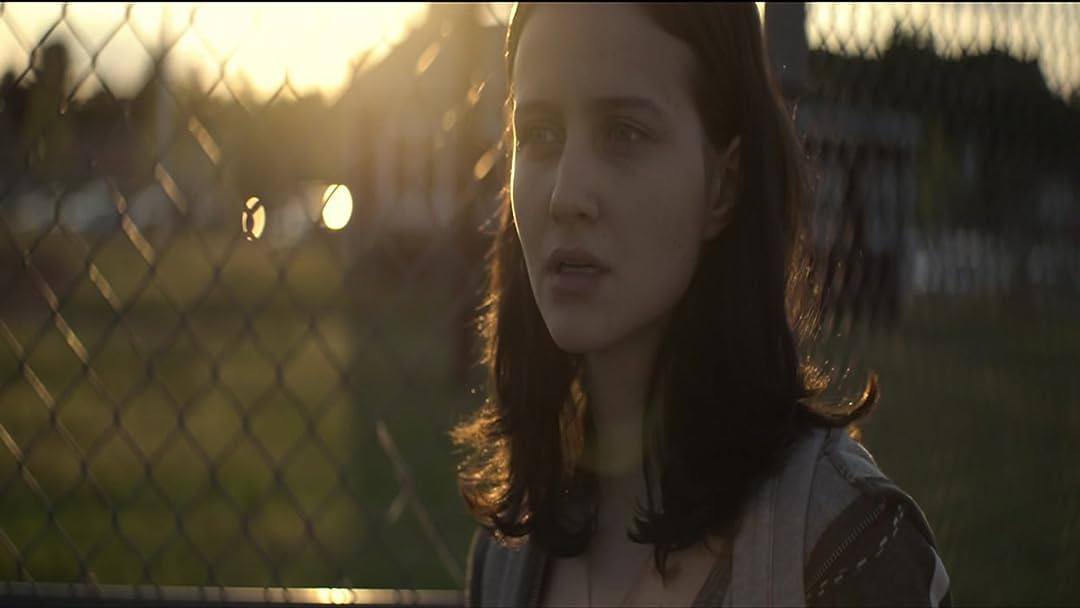 RoyalReviewed in the United States on January 24, 2019
4.0 out of 5 stars
Slender Man, Slender Man, does whatever a slender can
Verified purchase
Okay, so I was super stoked to see Slender Man in theatres. I was set to go! I was READY. Then my coworker asked me to go to a concert, so at the last minute I went to this concert. The concert was fine and all, but I spent the whole show standing on the floor in wedge rainboots. Wedge rainboots are cute and everything, but they're not great for standing for three hours in. So after this concert was over, I took my rainboots off. I know what you're saying. "Royal," you're saying, "what does this story have to do with Slender Man?" I hear you. I'm getting to it.
I took off my rainboots and started to walk with my coworker to the bus station. En route to the bus station, my coworker discovers that the last bus has already left, and then tells me that I am going to "have to hustle" and walk to the next closest bus stop, which is a mile and a half away. So I wound up walking a mile and a half in bare feet across sidewalks and asphalt all over Pittsburgh because of this clown. By the time I got home, I had blisters on the soles of my feet. The goodnight kiss I received from my coworker was not worth blisters on the soles of my feet. Honestly, nothing is worth blisters on the soles of your feet. The worst part about all this was that I couldn't even call him a rude name and holler about blisters on the soles of my feet, because he had diabetic neuropathy and didn't even have toes, so how am I supposed to top that? As you can see, I wished I had stuck with my original plan and seen Slender Man instead. So I rented it and I am so glad I did! It was actually really good. I can't believe all the negative hype I heard about this movie, actually. I like how modern horror movies have integrated modern technology, like teens being on the internet and on their phones, because I think that even though we do those things frequently, they're kind of difficult to tell a story around. All of the main actresses were very good and natural. None of the dialogue seemed forced or corny. A friend gave me a spoiler about the use of like a video call within the story, and made it seem like it was going to be terrible, but it was actually really creepy! I felt like the video call was the modern equivalent of "and the murderer was LISTENING IN ON THE EXTENSION" trope that was so popular when I was younger, and I always found that really terrifying, so it completely worked for me. I really like the mythos of Slender Man, and I remember watching Marble Hornets late at night with friends in my dorm room, so I really enjoyed this movie. And I hate and despise movies, so that is really saying a lot.
25 people found this helpful

Jason AyersReviewed in the United States on November 11, 2018
1.0 out of 5 stars
Horrible
Verified purchase
The preview made the movie look better than what it really was. Normally I don't look at reviews about a movie I like to make my own judgement. But, with this one I definitely should of read the reviews because this movie was horrible. In the preview there was scenes that hooked you and made you want to watch it and then in the actual movie a lot of those scenes weren't in the movie. Slender Man is a urban legend they could of done so much with this movie to make it scary to keep you hooked but they didn't. My husband fell asleep a few times and when he got woke up he didn't have to ask questions about when he missed because the next scene told you 'Oh she went missing' 'Oh she's now possesed'. You could tell it was somewhat a low budget movie with the lack of seeing Slender Man. Scary movies are my favorite I love jump scares and with this movie I was kind of expecting that and it didn't happen because it wasn't scary at all. Slender Man is NOT WORTH 5.99 Don't waste your money. If you want to watch it wait until the price comes down. (it got an 8% on Rotten Tomatoes.)
18 people found this helpful

Techno-daaancing!Reviewed in the United States on December 2, 2018
5.0 out of 5 stars
Better than I expected based upon reading other reviews. The good kind of creepy.
Verified purchase
I have no idea why so many people slammed this movie with mediocre reviews. I really hope more people watch this movie. I mean, have these other reviewers ever seen season 2 of Stranger Things? Boooring. and so repetitive. And way too many hours long. I actually got goosebumps watching Slender Man at several points. Goosebumps are uncommon for me, even though I am mostly numb to the sorts of things in movies and life that typically scare people. Slender Man is creatively shot, well directed, and edited down to a length of your life you won't wish to trade back for any other experience. There are some beautifully placed halos from careful lighting and camera lens placement. And also - check out the sweet Blumenstein Audio Triton speakers in the make-out scene with Abercrombie Tom about 59 minutes in. Excellent product placement, just like the Sony cell phones... I am not sure if there can be a perfect horror movie for everyone, but this one checks all the boxes for me. It was nice n creepy. I particularly liked the maggots, sound effects, face scooped out long hair girl in the tub. I really shouldn't give away any more spoilers. However, if you want to get yourself so scared that you poop your pants some tonight, then look no further than Sony Pictures Slender Man. This one delivers the goods, the bads, the "oh my god why are all these kids alone without their parents," "don't go in there," "turn around," and the other sorts of classic moments you'd expect. My partner and I had to follow this one up with Nine Inch Nail's "Happiness in Slavery (banned full version is on Vimeo) as a palette cleanser. Ahhh...more yummy maggots!
16 people found this helpful

N8tivetxanReviewed in the United States on October 22, 2018
4.0 out of 5 stars
Better than the 1 or 2 star reviews
Verified purchase
This movie reminds me of the first in the “Ring” series. It was well acted with some definite jump scares, and most movies don’t have that effect on me anymore. It’s definitely a 3 or 4 star movie, a 5 for some. The negative reviews seem to be from people expecting it to be just like the internet version, but I think this is more evolved.
16 people found this helpful

RichReviewed in the United States on November 3, 2018
1.0 out of 5 stars
What Is Wrong With Hollywood?!
Verified purchase
If you're going to tell a true story, you need to do it right and not make it a stupid scary movie where you're just relying on the name alone to bring in the bucks. I've seen the Dateline, 20/20, and the HBO documentary on this story, but they didn't use any facts from those. I wish I could have 93 minutes of my life back. This movie also drove me crazy because everything is black on black pretty much. I thought this was going to be Joey King's breakout role as a teenage actor now, but sadly, it wasn't. I hope she keeps trying though. Every actor and actress makes a bad one. I definitely wouldn't buy this, but it's your choice.
10 people found this helpful

J.M.Reviewed in the United States on November 2, 2018
5.0 out of 5 stars
It is PG-13
Verified purchase
If you are walking in thinking this is really going to match some of the legends that have been made up or even the detail of the games itself then you will be disappointed. Otherwise this was a good movie for me to sit with my 8 and 12 year old who did get scared. If you watch it fully, the ending is twisty.
12 people found this helpful

DenaReviewed in the United States on December 16, 2018
1.0 out of 5 stars
Terrible
Verified purchase
This movie is an insult to the Slenderman mythos, horror films, films in general, and a blatant attempt to cash in on a dead series. In fact, the movie was so bad, I chose it as my main subject on an 8+ page essay for my Horror class in which I was tasked with writing about what is wrong with many modern horror movies.

The characters don't talk like real people and have the depth of a sheet of tissue paper, the plot could have been wrapped up easily in a short film of about 20 minutes, the lighting and shot composition in this movie is absolutely abysmal, and to top it all off- nearly every scene uses a shaking camera. Almost every one. The only times it doesn't is if the camera is already doing some sort of dynamic motion, and even then, sometimes it's still shakycam. All of the special effects are hilariously bad to the point where I wasn't sure what was intentional and what was not, and most of the sound effects are distracting since they're just Public Domain stock effects that are out-of-the-box and aren't even edited to fit the scene (such as doing something such as making a sound effect echo for a more spacious scene).

I have a lot more to say about this movie but I'll spare you all and just tell you that it's only good to watch if you have a group of friends who like doing Bad Movie Night.

keitha grahamReviewed in the United States on November 24, 2018
4.0 out of 5 stars
It's okay
Verified purchase
It's okay! I don't understand why everyone knocks these new horror movies so much. I mean I've seen some horrible horrible movies& I wouldn't put this in that flop category. Some thing's I liked in it some things not so much. I definitely give it a passing score. In the beginning one of the girl says something about circle jerk it was hilarious & almost made the movie for me
3 people found this helpful
See all reviews
Back to top
Get to Know Us
Make Money with Us
Amazon Payment Products
Let Us Help You
EnglishChoose a language for shopping. United StatesChoose a country/region for shopping.
© 1996-2021, Amazon.com, Inc. or its affiliates