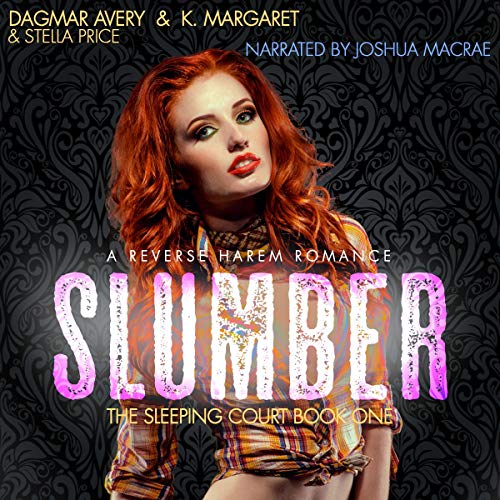 List Price: $14.95
You Save: $1.87 (13%)
By completing your purchase, you agree to Audible’s Conditions Of Use
Sold and delivered by Audible, an Amazon company
Share

4.6 out of 5 stars
4.6 out of 5
104 global ratings
How are ratings calculated?
To calculate the overall star rating and percentage breakdown by star, we don’t use a simple average. Instead, our system considers things like how recent a review is and if the reviewer bought the item on Amazon. It also analyzes reviews to verify trustworthiness.
Top reviews

This story follows Verity, an artist living in NYC who grew up in foster care, who after her twenty-eighth birthday is contacted by a strange man saying she's just inherited property and a ton of money from her family. Confused and curious with a studio bill that she won't be able to pay, Verity goes to upstate New York, to her new inheritance, and her world is changed forever.

Not only is Verity told that she is fae- and a princess- but she has a bunch of guys who will be coming to her to become part of her guard. And eventually, she'll be expected to make a choice, and decide whether or not to fight the princesses of the other faerie courts to become queen.

Slumber was an interesting story, providing lots of background and more information on the new world Verity is now a part of. This is a reverse harem, and Verity's guard is beginning to assemble in this story. One member of her guard is female, so there is a little ff in this story and likely in the future books. I'm normally not a fan of this in rh's but I did appreciate the characters in this book.

Overall I enjoyed reading this story, but I felt like something might've been missing. I think maybe Verity just seemed to accept everything and her new circumstances so quickly, not really questioning much, but it is stated at several times that it *felt* right to her or something like that, likely because of her fae powers/heritage. There wasn't a ton of action in this story, mostly just Verity getting settled into her new life and the addition of her guard, but it did end on a slight cliff hanger- promising lots of action in the future books.

April Allen
4.0 out of 5 stars 4 brilliant stars
Reviewed in the United States on August 1, 2018
Verified Purchase
Cons- (editing issues were fixed so I deleted my original issue with that)
Somewhat short compared to what I'm used to reading. Feels like there should have been a bit more before pulling the curtains.
A bit slow in the beginning. The story progresses pretty fast, but, idk, something about it felt slow at first and I struggled a tad through the first several pages before I found myself really enjoying the story.

Pros- Arien. Lol, leave it at that.
The ages of the characters!! Soooooo many stories seem to deal with 18yr olds and 22yr olds... Finding a story with some 29 to mid 30 characters is AMAZING to my 30yr old self.
I love the idea of the guards in the court (reminds me a tad of Joely's vampire queen series), though I hope there is a tad more explanation of the way the courts and politics work. The explanations so far are jumbled and sporadic, something that could be seen as a con, but I find it to be a bit more realistic this way.
I love the individuality of the inner circle members.
The story itself. I'm not a big fan of stories involving fae as I find most to be let downs, but I like this so far.
Basilisk. Again, leave it at that.

Very lovely and enjoyable overall. Will definitely be getting Awaken once it debuts. :)
Read more
6 people found this helpful
Helpful
Report abuse

Keyrsten Robinson
5.0 out of 5 stars I'm already impatient waiting for more of Verity and her court!!!
Reviewed in the United States on August 11, 2018
Verified Purchase
Oh my sweet lanta.

I've barely dipped my toes in this world and I can't get enough!!! It was interesting to see the dynamic of Verity who grew up in the human world and her guards that grew up in the faerie world. The explanations of the world and the politics behind it were all of the place, but realistically that is how things would happen. We wouldn't sit at a table hashing out every detail until moving on with life, or in this case the story.

The quick wit between our princess and her guard was comical. I loved every single one of her guard and for different reasons. Everett the strong and sweet protector. Nassar the devlish and sarcastic assassin. Arien the strong fearless captain. Carrigan the brooding and methodical political advisor. Gahhhh they all had my heart so I can see why Verity fell for them all so quickly. They all meld well together and really feel like a family unit. The guys' acceptance of Arien and the fact that they treat her like one of them really touched my heart. The scene with the basilisks at the end was such a heart warming moment.

I cannot wait to see how the story unfolds with Verity and her Court. I'm also looking forward to being introduced to the other courts. Is it greedy of me to hope that the other courts get their own books too? (Outside of the Starlight and Stone, cause I can already tell I'm not gonna like their princesses).
Read more
2 people found this helpful
Helpful
Report abuse

Ivy Sea
5.0 out of 5 stars HIGHLY RECOMMEND: New twist that pulled me in from the start!
Reviewed in the United States on July 13, 2019
Verified Purchase
Honestly, this book really had a unique storyline that I freaking loved and need more of. I was pulled me in further and further as I watched Verity grow from having nothing to being thrown into a world that she couldn’t even imagine. I love how the RH aspect is intertwined with a splash of FF action (cause I’m totally for that myself *wink*) and that she got to choose who she trusted.

Ohhh!! And I have to mention that I love that the house is alive and is connected to her!! Like seriously that makes me more jealous of Verity than her harem! How cool is that!?

The book is in third person, which is a change up from the usual books I read, and there are different perspectives here and there from the guys perspective. However, you won’t really know who’s immediately as it’s not identified, but written in a way that you’ll quickly catch on to who it is.

Also! Love that the book is on audible cause I like to listen and read so if I have to stop and do something, I can continue the story while also doing things.

It’s read by a guy, which at first I was a little taken aback by because the story circles around the FMC, however, he has a really sexy tone that after a while it just feels right. And when the sex scenes come into play... *fans self* it does add more heat to the read/listen! Hehe
Read more
2 people found this helpful
Helpful
Report abuse
See all reviews

Jayne Scallon
5.0 out of 5 stars A must read
Reviewed in the United Kingdom on August 2, 2018
Verified Purchase
I would definitely recommend this book and it truly is an epic start to the story. The plot line is excellent with strong characters and interesting twists though there is definitely room for this to be expanded in the next book. There is definitely plenty to look forward to and I can't wait to get stuck in. Honestly though I would probably rate this 4.9 stars put of 5 from personal opinion as to be honest I'm not a fan of ff being included in rh and would normally knock the rating to 4 or 3 stars however I think the way this has been woven into the story so seamlessly and it really has been written tactfully it doesn't take away from the story and is still very enjoyable and I'm still eager for more
Read more
One person found this helpful
Report abuse

Chrissy’s Book Shelf
4.0 out of 5 stars Good Start to a Fae Reverse Harem Series
Reviewed in the United Kingdom on October 10, 2019
Verified Purchase
I do love a good fae tale, even more so if it’s reverse harem. Let’s face it, the fae know how to get debauched!

This story starts with Verity being approached just after her 28th birthday by a lawyer to give her an inheritance. So far, so predictable.

Verity travels to the house she has inherited where she meets Carrigan, her advisor. He tells her that she is a fae princess and in 6 months she will be forced to take place in games to win the queenship of Faerie, again all the other princesses. In order to do that she needs to select her guard, who will be drawn to her now she has passed her 28th birthday. Again there is nothing new here.

She attracts guards and feels a deep connection with them almost immediately. She has to quickly learn who her guards are and to prepare for an influx of further guards and staff, who will come from the nobility who are part of her court.

It’s quite an interesting book and despite the plot not being terribly original, I enjoyed it. The characters are fun and there is plenty of sexy scenes as the guards connect with their princess.

I will definitely be reading the next book in the series.
Read more
Report abuse

Amy baker
5.0 out of 5 stars Amazing read couldn't put it down
Reviewed in the United Kingdom on January 20, 2019
Verified Purchase
I started this series as my first venture into RH and wow what a start I was hooked and read it in a day. These ladies really know how to write. The characters are amazing and pull you in and the plot and story is epic. I went straight and bought book 2 aa I needed more. V and her boys and girl are amazing and if I could give more stars I would.
Read more
Report abuse

tina Phillips
5.0 out of 5 stars Amazing!
Reviewed in the United Kingdom on August 17, 2018
Verified Purchase
Omg I loved this book!! The charecters r well written and relatable.
The story is very well written and pulls you in from the 1st page till the last!
Read more
Report abuse

Teri
4.0 out of 5 stars Amazingly Perfect
Reviewed in Canada on August 9, 2018
Verified Purchase
I finished this book in only 4 hours and that just goes to show how amazing it was! Most RH books I've read lately consist of a minimal plot and maximum sexiness. However this book was a perfect combination of the 2. The plot was intriguing and unique and left me wanting more after each chapter. And the steamy scenes were so well written I could feel the emotions as they were playing out!

Honestly this book was so close to perfection that I almost gave it a 5 start review. They only thing that held me back was the relationship between her and her guard. It moved so fast and there was no easing into it. Once you read the book it becomes obvious why there relationship moved so fast but, I just like getting to know each individual character along with the heroine and that was somewhat missing in this book.
Read more
Report abuse
See all reviews
Back to top
Get to Know Us
Make Money with Us
Amazon Payment Products
Let Us Help You
EnglishChoose a language for shopping. United StatesChoose a country/region for shopping.
© 1996-2021, Amazon.com, Inc. or its affiliates