You've subscribed to Smells Like Dog! We will preorder your items within 24 hours of when they become available. When new books are released, we'll charge your default payment method for the lowest price available during the pre-order period.
Update your device or payment method, cancel individual pre-orders or your subscription at
Your Memberships & Subscriptions
There was an error. We were unable to process your subscription due to an error. Please refresh and try again. 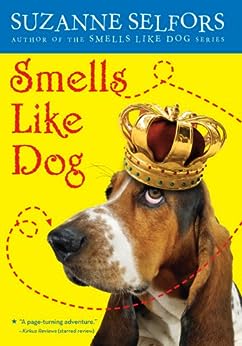 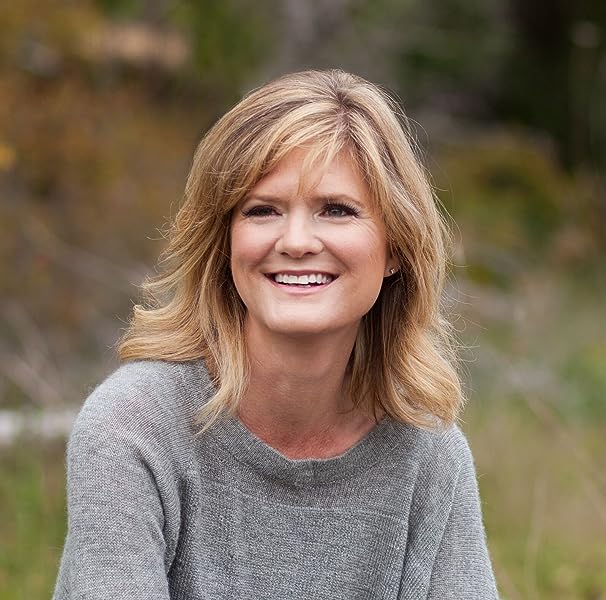 New releases
Explore popular titles in every genre and find something you love. See more
Books In This Series (3 Books)
Complete Series 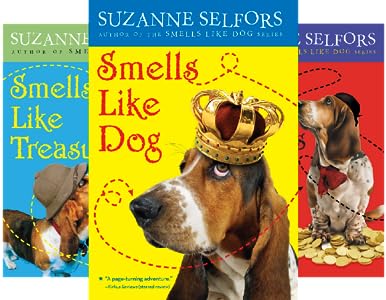 Grade 4–7—Homer Pudding is a luckless 12-year-old who dreams of hunting treasure like the uncle he idolizes. When his uncle is eaten by a killer tortoise, Homer gets swept into the middle of a treacherous race to locate a pirate's treasure. A whimsical narration and sometimes comical dialogue add a light touch—but perhaps not quite light enough, as the boy's initial cheerlessness makes him hard to warm up to. The pace picks up when he arrives in The City, however, and gets himself out of danger more than once by using his wits. He is aided by Dog, a peculiar basset who turns out to have surprising sleuthing skills of his own, though readers will figure this out long before Homer does. The main villain is appropriately over-the-top: she's a ruthless museum director who seeks the treasure for personal gain, rather than sharing with the world. Occasionally silly plot contrivances make Homer's journey less than gripping, but they match the consistent mix of silliness and action. The boy's growth from hapless loser to skilled treasure hunter is fairly convincing; Homer uses his uncle's advice and the story of the Odyssey for inspiration and steadily gains confidence. The supporting cast is quirky and mildly amusing, if not especially memorable. The perky homeless girl who aids, and then betrays, Homer is more intriguing, though; the conclusion sets her up as a potential rival or possible friend in future installments.—Steven Engelfried, Multnomah County Library, OR
(c) Copyright 2010. Library Journals LLC, a wholly owned subsidiary of Media Source, Inc. No redistribution permitted. --This text refers to an alternate kindle_edition edition.

Starting with an author’s note featuring a “no dead dogs” guarantee, this tale opens with 12-year-old Homer Winslow Pudding receiving a basset hound with a special coin hiding in his collar. Bequeathed by the boy’s uncle Drake, a famous treasure hunter who was killed by a man-eating tortoise, Dog accompanies Homer as he leaves his family’s goat farm in Milkydale and begins an odyssey into the city to find the real cause of his uncle’s demise, solve the mystery of his uncle’s most prized possession, and locate a missing pirate’s map. While the momentum begins to slow toward the end, a cast of eccentric characters—including a budding taxidermist sister, an evil museum director, a pink-haired orphan, and a cloud-copter pilot with Indian roots—continue the fun as the boy battles his way through an evil lair and discovers a secret society of lost treasure hunters. Fans who enjoy the editorializing and over-the-top humor in Wendelin Van Draanen’s Gecko and Sticky series will take pleasure in this misfit duo’s quirky adventures. Grades 3-6. --Angela Leeper --This text refers to an alternate kindle_edition edition.

She lives on an island in the Pacific Northwest where rain falls like music and horses are beloved. --This text refers to an alternate kindle_edition edition.

* "Selfors offers up an adventure tale that features a humorous, high-stakes mystery and a lovable hero...Peppered with funny dialogue, this joyous romp is a page-turning adventure that will appeal to enthusiastic and reluctant readers alike."―Kirkus Reviews, starred review

"A fantastic tale in every good sense of the word...Homer W. Pudding: my kind of hero."―Rebecca Stead, author of Newbery Medal winner When You Reach Me

"Fans who enjoy the editorializing and over-the-top humor in Wendelin Van Draanen's Gecko and Sticky series will take pleasure in this misfit duo's quirky adventures."―Booklist

"Full of fantastic characters (eccentric adventurers, sinister and surprising villains, and one droopy but very special dog), delightful humor, and wonderful adventures, this book is a treasure. Every page made me smile."―Sarah Beth Durst, author of Into the Wild and Out of the Wild

"Join a delightful band of misfits on a rollicking adventure... Full of fantasy, fun and humorous dialogue, this will attract dog lovers, mystery enthusiasts, adventure addicts, and reluctant readers. A thoroughly enjoyable read."―VOYA --This text refers to an alternate kindle_edition edition.

4.7 out of 5 stars
4.7 out of 5
145 global ratings
How are ratings calculated?
To calculate the overall star rating and percentage breakdown by star, we don’t use a simple average. Instead, our system considers things like how recent a review is and if the reviewer bought the item on Amazon. It also analyzes reviews to verify trustworthiness.
Top reviews

Danation
5.0 out of 5 stars Perfect for Kids and Adults
Reviewed in the United States on April 18, 2019
Verified Purchase
My children and I started reading Suzanne Selfors with her Imaginary Veterinary series. We all enjoyed it so much that we moved on to the Wedgie and Gizmo series. Which was equally delightful. After we finished those, we started on the Smells Like Dog trilogy. These may be my favorite of the bunch, and we loved all the others. Delightful and charming in every way. I think I enjoyed these books as much as my children did, which is high praise indeed. Homer Pudding is a lovable and heartwarming protagonist. Especially lovely is the author’s disclaimer at the beginning of each book that no harm befalls the dog in any of the books. Because Ms Selfors is 100% right- for dog lovers, books where the dog dies are the most horrible, wrenching kind of books.
Read more
2 people found this helpful
Helpful
Report abuse

Jackie Houchin
5.0 out of 5 stars A fun, astonishingly imaginative & clever book!
Reviewed in the United States on July 5, 2015
Verified Purchase
I just finished the really fun kids' book "SMELLS LIKE A DOG" by Suzanne Selfors. What a great adventure! Good, clean, part mystery, part adventure, part fantasy, and part coming of age (sort of). All those parts make a very imaginative and hard to put down read - even for an adult -where the good guys prevail and the bad guys get their due. The main character is a 12 year old boy, but older, adventure-loving kids will love it. It has a good-feeling, teary-eyed-because-it's-so-cool ending. (First in a trilogy) (I've already ordered the next two.
Read more
3 people found this helpful
Helpful
Report abuse

SP
5.0 out of 5 stars Fun, funny, and engaging!
Reviewed in the United States on December 21, 2017
Verified Purchase
My 7 year old loved this book, is currently reading the second book in the series, and has already asked for the third. It’s well written, cleverly paced, and has little cliffhangers interspersed throughout that keep her wanting to find out what comes next. There are a few new (to her) words in the book on each page, but that doesn’t get in the way of the reading or the enjoyment. Heck, she doesn’t realize that she’s learning a few new things!
Read more
Helpful
Report abuse

R. L. Hume
5.0 out of 5 stars Both grandkids really love these books
Reviewed in the United States on April 20, 2013
Verified Purchase
My grandson 7, and my granddaughter 9, love this series even though they usuall avoid anything that's longer than one of the Boxcar Children books. I guess it's a Basset on the cover that first attracted my granddaughter, but she loved it and read both the others. She talked about the stories so my grandson is in the middle of the second one and planning to read the third one as well.
Read more
2 people found this helpful
Helpful
Report abuse

mDye
2.0 out of 5 stars Clunkier than the Veterinary and not as compelling
Reviewed in the United States on March 7, 2015
Verified Purchase
Selfors' books are just not my favorite to read aloud to my kids. The language is somehow clunky. We've made it through all of the Imaginary Veterinary--and those are okay--but my kids weren't into this one when I started it, so I was happy to put it down.
Read more
One person found this helpful
Helpful
Report abuse

Judith L. Moretti
4.0 out of 5 stars Book bought for 14 year old grandson.
Reviewed in the United States on February 3, 2014
Verified Purchase
My grandson was writing a book report for this book, lasted more than 2 weeks. He dysected the book over and over again. We read the book together and worked on that report together. There wasn't any part of the book we didn't read at least 6 times. I was really glad for the interest he took in the story. He even needed to give the report a name. Something about a whiff of a good story. recommending the book to his class. Thanks for helping us be homewoek buddies. He even showed some interest in reading and being very creative in his writing, I was impressed.
Read more
Helpful
Report abuse

Amazon Customer
5.0 out of 5 stars Ecellent Condition
Reviewed in the United States on October 29, 2018
Verified Purchase
This is my sons favorite book. He lost his first copy and asked for a new one. Book came in perfect conditions. No bending of the cover or pages.
Read more
Helpful
Report abuse

Candi
5.0 out of 5 stars A page turning good book.
Reviewed in the United States on January 3, 2015
Verified Purchase
Suzanne is an excellent storyteller who leaves each chapter with a desire to know what happens next. Was hard to put it down. The story is intricate with characters interweaving but at just the right time she sums it all up nicely so you never feel lost. I began reading this book because my 11 year old nephew said it was his favorite, I can see why. I'm glad it gave us something to share. I look forward to reading the next book in her series.
Read more
Helpful
Report abuse
See all reviews

CClark
5.0 out of 5 stars Five Stars
Reviewed in Canada on November 16, 2015
Verified Purchase
Bought for my granddaughter who totally loves the book.
Read more
Report abuse
See all reviews