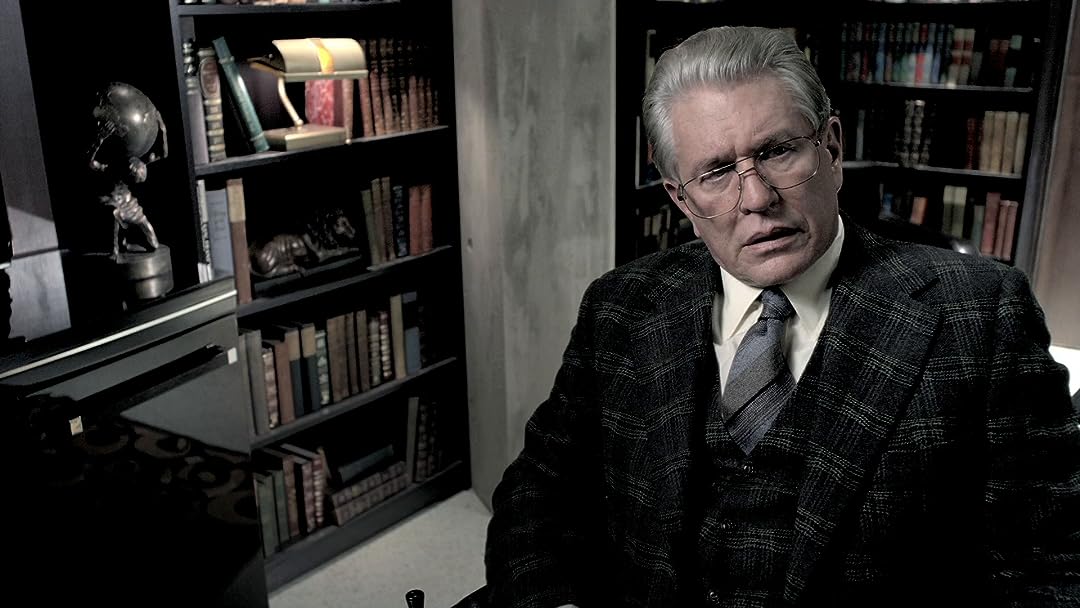 joel wingReviewed in the United States on April 7, 2021
2.0 out of 5 stars
Good for some mindless action but not much else
Verified purchase
The original Smokin Aces worked despite its overly complicated plot. The sequel was just a variation of the first film with a number of assassins contracted to kill an FBI agent played by Tom Berenger. The killers include Tommy Flanagan who was in the first Smokin Aces. Likewise a family of Nazi murderers was based upon a group also in the original. The plot is thin even though they try to throw a twist at the end, so it’s all about the exaggerated assassins and the action. Good for some mindless fun but not much else.
2 people found this helpful

BanReviewed in the United States on August 18, 2019
1.0 out of 5 stars
Cheap in comparison to the first one.
Verified purchase
If you like the first Smokin' Aces, don't watch this one; you'll be truly disappointed. The answer is obvious from the very beginning. This version is just a throwaway. Decent enough actors, though Tommy Flanagan's role which is a holdover from the first one isn't at all utilized as well as it was. The worst part is that this one makes a limp attempt at being 'surreal' too with the fat dumb son of the truck driver and their kidnapping clowns, etc. It's all so vapid and dorky that it's just sad.
3 people found this helpful

NeilReviewed in the United States on April 23, 2021
5.0 out of 5 stars
Rarely Does a Sequel Hold Up ...
Verified purchase
Sequels tend to take a winning formula from the original movie and thoroughly screw it up. That did not happen here. I don't know which one I like more, the original Smokin' Aces or this one. If you haven't seen Smokin' Aces, you don't have to. Both movies stand on their own and both are spectacular!

This would have received a solid 4-star rating, but the ending .... that made it a 5-Star!

Michael CastReviewed in the United States on May 28, 2015
3.0 out of 5 stars
Not as good as SA #1...Tried too hard on this one
Verified purchase
...the first Smokin' Aces had this chaotic type feel to it. The million dollar bounty was thrown out there, and within a DAY an eclectic group of assassins scurry to get the job done first and cash in on that big fat million. SA #1 was cool and raw and fast. But this video, Smokin' Aces #2 felt too...I don't know...too over-thought. Too complicated. Too planed. I think what happened was, with probably a bigger budget, and star power like Tom Berenger, Tommy Flanagan, and Ernie Hudson on board, I believe the directors tried to improve on something that only the first SA's could pull off: Unpredictability. This #2 was too polished. It was too complicated. It was more of an espionage, mystery thriller with the crazy Tremor family thrown in there to try to catch that craziness from the first SA; desperately trying to copy the same feel the all out free for all that made SA #1 a cult hit. Smokin' Aces #1 didn't do too shabby at the box office, but the video was super popular, I've rented it at least three times myself. But I think once was enough with this vid...it's like a second try by a one trick pony; it was a cool trick the first time, but getting better ponies and trying the same trick DIDN'T make it a better trick..? Nah...didn't work for me. Three stars.
2 people found this helpful

A.D.RackleyReviewed in the United States on July 11, 2020
5.0 out of 5 stars
Violence, mayhem, and...
Verified purchase
midget clowns shot from a cannon. Need I say more? Okay. Psychopathic killers galore and one that even kills with poison lips. Is that enough? No? How about hot jazz and an even hotter gunfight where nearly everyone dies...is that enough? Well, there's all that and more. If you saw the first one THIS one makes that look like a nursery rhyme.

UpInTheAirReviewed in the United States on April 14, 2022
2.0 out of 5 stars
I tried...
Verified purchase
but surrendered about 20 minutes in. Acting is atrocious. None of the characters were interesting enough that you'd want to follow. Sad testament to the original.

JamesReviewed in the United States on October 4, 2019
3.0 out of 5 stars
wacky assasins ball.
Verified purchase
way more wacky and over the top than the first one. didnt hate it but also didnt love it like the first one. the first one was more serious and had me on the edge of my seat the whole time but this one i was sitting back laughing alot at all the one liners and ridiculous stuff they would say and do. still a fun watch just dont try to take it too seriously

N. PriceReviewed in the United States on April 25, 2021
1.0 out of 5 stars
2 Aces make me want to split
Verified purchase
This was just an awful movie. Horrible pace, poor character development, confusing story line that tried to come off as calculated and bad directing. Don't waste your money.
See all reviews
Back to top
Get to Know Us
Make Money with Us
Amazon Payment Products
Let Us Help You
EnglishChoose a language for shopping. United StatesChoose a country/region for shopping.
© 1996-2022, Amazon.com, Inc. or its affiliates