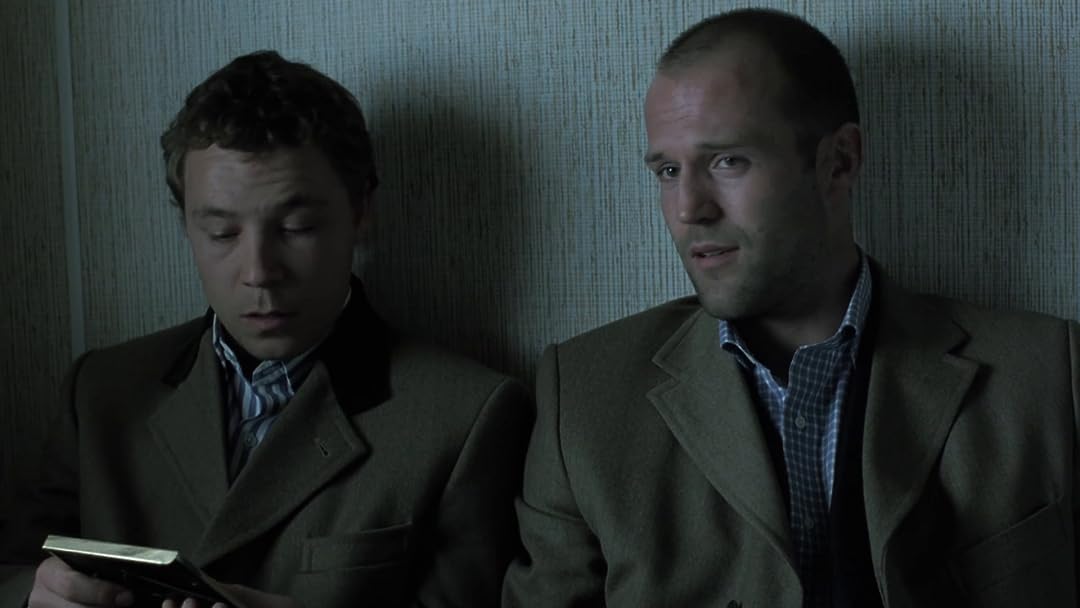 William T. SawyerReviewed in the United States on June 2, 2017
5.0 out of 5 stars
You just have to watch it and decide for yourself, I guess
Verified purchase
Someone mentioned this movie at a dinner party a few years back. Described it as 'the funniest movie I have ever seen'. I had not heard of it at the time, although I was familiar with Lock, Stock, etc. Snatch did not disappoint. I laughed so hard at times that I was crying. The cast is remarkably optimal for the film - I can't imagine assembling a better group to highlight the various characters - and the film has its share of 'characters'.. I don't think you can call Snatch 'slapstick', although some of the scenes come close. 'Dark comedy'? Maybe, but it is so much more than that. This is a must see for yourself. I am sure there are some who will watch it, and not make it all the way through. But, if you like British wit in cinema, this is well worth watching. I have watched it numerous times, and STILL laugh, even though i know what's coming.
44 people found this helpful

Brilliant, Brad! who was your accent coach?!? Meryl Streep?

This movie was hands down a diamond pull out of the coal of, i'm sure, characters from Richie's real back home group of friends. You can't make this stuff up, can you?. And the treasure of throwing in these vignettes/imaginings/comparisons (ie dogs chasing rabbit) juxtaposed against the story was filmmaking at it's finest. I can't believe I am only just now being introduced to the work of this Richie guy....but i'm a California grandma so I guess it makes sense NETFLIX never "recommended" any of his work...

There is surely nothing important I can add to the 1,600 other reviews already here but if you need a distraction from your life - the metamorphosis achieved by Benicio (total eye candy) and Brad (riveting as you struggle to understand what he is saying) will keep you in the moment, no matter what your own shattering/PTSD past. In that way, watching this movie is cleansing, like what church or yoga does for some people.

….ah and Richie has a NEW movie coming out next year - good news - salvation is again on the horizon - i'll get the ladies from my quilting group together and go to the theater on bended knee, grateful for the break from reality as his next work grabs me once more by the shirt collar and yanks me out of despair! : ) )

joel wingReviewed in the United States on March 1, 2020
4.0 out of 5 stars
Guy Ritche's second great English crime flick
Verified purchase
Director Guy Ritchie released several movies about English crime. Snatch was one of the best ones. Like his earlier Lock, Stock and Two Smoking Barrels, this one mixed the crime drama with plenty of comedy.

First, there’s a large ensemble cast. There’s Franky Four Fingers (Benecio del Toro) who is a thief for American mafioso Cousin Avi (Dennis Farina). People are after Frank because he robbed some diamonds in Antwerp. That includes Boris the Blade (Rade Serbedzija) who hires two pawn shop owners Sol (Lennie James) and Vinny (Robbie Gee) and their friend Tyrone (Ade) to rob Franky. Avi also gets a local tough guy Bullet Tooth Tony (Vinnie Jones) to help him get his diamonds back. There’s Turkish (Jason Statham) and Tommy (Stephen Graham) who are into unlicensed boxing and fall into debt to a gangster Brick Top (Alan Ford) when their fighter gets taken out. That leads them to work with a local gypsy Mickey O’Neil (Brad Pitt) as their new boxer. These two stories, Franky’s diamonds and Turkish and Tommy’s debt eventually all come together at the end.

Second, there’s lots of funny bits thrown in. Mickey for example can barely be understood with his Gypsy accent. Boris gets shot up and refuses to go down. Sol, Vinny and Tyrone try to rob Franky but blow it and end up trapped inside a gambling joint, use their names so everyone can figure out who they are, and then take off their masks in front of a security camera. They actually end up with Franky’s dead body but then have to decide how to get rid of it.

Third the movie contains great music that comes right at the opportune time to push the scene along.

Anne AllmanReviewed in the United States on June 6, 2019
5.0 out of 5 stars
One OF The Funniest Movies I Have Ever Seen
Verified purchase
Brad Pitt as an Irish bare knuckled fighter? Dennis Farina as a Jewish gem investor? Jason Statham as a wise-cracking wise guy? Yep - you get it all and more in this hilarious movie filmed in England. It is one of my top five movies ever. If you are ready for a laugh - and then some - order a copy today.

American Customs official "Sir, do you have anything to declare?"
Dennis Farina (as Avi) "Yeah, don't go to England"
14 people found this helpful

Amazon CustomerReviewed in the United States on January 3, 2022
2.0 out of 5 stars
4K UHD Rental Review on LG CX OLED
Verified purchase
Snatch the movie itself was pretty good, funny and energetic if a little dated with the effects. Soundtrack and characters were specifically great. You won't find many beautiful shots (fire scene being an exception) and the color palette has a very off-putting greenish tint, but overall pretty enjoyable and not much of a commitment emotionally or time-wise. You will have a good time

Unfortunately the movie was a bit marred by Amazon's service - quality for the 4k version was horrible on LG CX OLED. Attempted to watch on both the LG store amazon prime video app on the TV's operating system as well as on my Xbox Series X amazon prime video app. Something with this specific TV causes the picture to flicker from a dark greenish-grey to a light red tint at different spots on the screen every 2 seconds or so on specifically Amazon 4k streaming rentals, back and forth for the entirety of the movie. I had the same issue with the 4k version of Heat. Completely unwatchable both times. Also, AV sync on the LG store prime video app is off 75% of the time, I am lucky because I can switch to my Xbox which does not have this problem, but for others with this TV who want a fix, may have to do some forum browsing or contact Amazon directly. Prime video on the LG CX is the least optimized of any other streaming app I've used on this TV, or just in general.

I ended up getting just the HD version which played great, but I still wasted money on the 4k version. So note to self and others with the LG CX who want to stream on prime video in 4k - don't, just go with HD on prime video, buy a blu ray / 4k disc, or try to stream 4k from another service.
One person found this helpful

Marian P LocascioReviewed in the United States on July 27, 2020
1.0 out of 5 stars
Horrid
Verified purchase
The fact that this movie gets such high ratings really makes me worry for the future of society. It’s crude, boring, immoral, and pretentious.
8 people found this helpful

AvissoReviewed in the United States on April 24, 2015
5.0 out of 5 stars
Snatch This Up
Verified purchase
Quick cuts, multiple plots, and memorable characters. This movie never rests. The main plot centers on a diamond "the size of your fist" which is stolen. The path the diamond takes through the movie follows the myriad characters through their own tribulations. Brad Pitt plays a supporting role as a gypsy "piker" fighter who has his own plans. Jason Stratham plays the main character, a boxing promoter in debt to a psychopathic mobster. Never a good idea. The movie moves around seamlessly between the many stories, never spending too much or too little time on any of them. It is a fast paced film which doesn't linger too long on any one subject. It is not a movie like "Crash", which strained to weave the stories together. This movie instead allows the stories to melt together more organically. It has some serious moments, but they are tempered with comedy. It is violent, but the worst of it is off camera and not in your face. No nudity or sexual situations to speak of. Appropriate for kids 14 and up. Recommended if you are looking for a fast paced movie that will kill a couple hours on a rainy night.
11 people found this helpful

Todd M.Reviewed in the United States on July 10, 2021
4.0 out of 5 stars
An outstanding cast pulls it off.
Verified purchase
Forget the plot because that’s not required and watch it for the acting. There are some real over-the-top characters in it and most of them playing those parts pull it off nicely. It’s not something I could watch without turning on the captions and if you can’t understand what’s being said it’s not worth watching. After watching only part of The Gentleman I wasn’t sure we’d like this one but I was wrong. It held our interest beginning to end and that’s a major accomplishment for modern movies.
One person found this helpful
See all reviews
Back to top
Get to Know Us
Make Money with Us
Amazon Payment Products
Let Us Help You
EnglishChoose a language for shopping. United StatesChoose a country/region for shopping.
© 1996-2022, Amazon.com, Inc. or its affiliates