Sniper and millions of other books are available for Amazon Kindle. Learn more 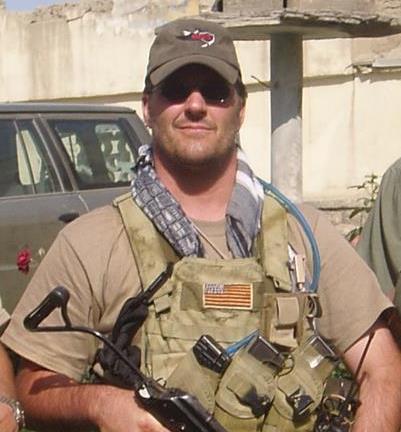 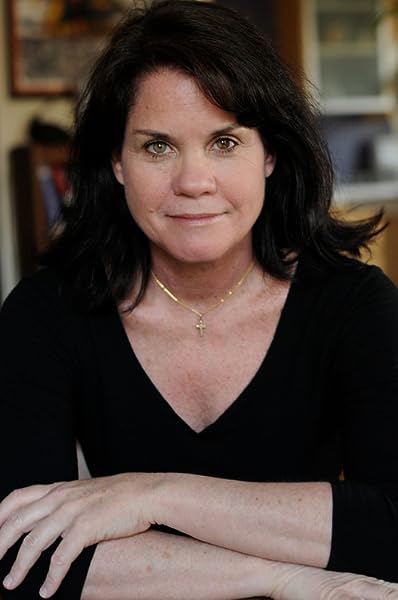 by Gina Cavallaro (Author), Matt Larsen (Author), Richard A. Cody (Ret.) (Foreword) & 0 more
4.1 out of 5 stars 95 ratings
See all formats and editions
Sorry, there was a problem loading this page. Try again.

From Afghanistan’s Hindu Kush peaks and sunbaked Helmand Valley to Baghdad, Mosul, and Ramadi in Iraq, American snipers have braved heart-pounding situations to hit their human targets dead-on. Few military feats stir the imagination like the image of a pair of riflemen waiting quietly in a building, a bomb crater, or a mountain pass for a Taliban or Al Qaeda fighter to walk into their crosshairs.

Sniper presents real-life tales from the military’s frontline snipers—their hits and their misses, the anguish of loss, and the anxiety of the first kill. Authors Gina Cavallaro and Matt Larsen provide riveting accounts of American soldiers and marines on the battlefield, and take a rare look at how Rangers and Special Forces snipers train and operate, and how the war on terror has changed the role of military snipers.
Read more
Previous page
Next page

"The best-of-the-best snipers in action today discuss gunfights, long distance shots, stalking, and more. This is real, it is stirring, and yes, even horrifying."

From Afghanistan’s Hindu Kush peaks and sunbaked Helmand Valley to Baghdad, Mosul, and Ramadi in Iraq, American snipers have braved heart-pounding situations to hit their human targets dead-on. Few military feats stir the imagination like the image of a pair of riflemen waiting quietly in a building, a bomb crater, or a mountain pass for a Taliban or Al Qaeda fighter to walk into their crosshairs.
Sniper presents real-life tales from the military’s frontline snipers—their hits and their misses, the anguish of loss, and the anxiety of the first kill. Authors Gina Cavallaro and Matt Larsen provide riveting accounts of American soldiers and marines on the battlefield, and take a rare look at how Rangers and Special Forces snipers train and operate, and how the war on terror has changed the role of military snipers.

Gina Cavallaro is one of America's most experienced war correspondents. She has traveled to every corner of today's war zones and walked the dangerous streets with the troops to tell their real stories of life on the ground in America's most protracted conflict since the Vietnam War. She is a writer for Army Times.

Matt Larsen, a longtime trainer in hand-to-hand combat and survival techniques, served as a sniper in the U.S. Marine Corps and the Army Rangers during the course of a twenty-two-year career in the military. He recently revised and updated the U.S. Army Survival Handbook (Lyons). He is the Director of the Modern Army Combatives Program, which he created, and the Commandant of the U.S. Army Combatives School, which he founded at Fort Benning, Georgia.

Read more
Start reading Sniper on your Kindle in under a minute.

Kindle Customer
1.0 out of 5 stars Some one shoot the ebook editor, please! The proof reader can not read!
Reviewed in the United States on February 12, 2016
Verified Purchase
I actually am interested in the content and from what I was able to read this is a good book. If interested buy a paper back or a hard cover. The Ebook is a disaster! You may get involved in reading something but the next page will, in all probability, have nothing to do with the page you just read, and will have nothing to do with the following page either. It is a total shambles! I would think someone would proof read before publishing but apparently not. Save your money if you wish to save your sanity,
Read more
2 people found this helpful
Helpful
Report abuse

WGE G'Dad
4.0 out of 5 stars Pretty good read
Reviewed in the United States on June 27, 2011
Verified Purchase
Is this the best book you'll ever read - no. Does this book have heart? Yes. I would recommend this to my friends who have served and are interested in this type of thing. If you haven't served, then you probably can't relate. Yes, there are areas that this feels a little choppy, but that didn't bother me.
The title bothers me more than anything as the author says more than once in the book that snipers are not 'Single-Shot Warriors', and their role is much more about laying in uncomfortable, dangerous places just to provide real time intel or small unit support for the mission.
Early in the book, the author is standing beside someone who is killed by an enemy sniper. The rest of the book is dedicated to this fallen warrior. That speaks volumes to me.
Read more
7 people found this helpful
Helpful
Report abuse

Ivan Sisnev
4.0 out of 5 stars I liked the book
Reviewed in the United States on January 21, 2011
Verified Purchase
Unlike other books on sniper's role in combat, it seems to me that this one cast light on the subject from a more emotional point of view. No, no "sob stuff" in it but stories of different encounters and decisions soldiers had to make are accompanied not only by dry facts but also by describing the way they thought and felt about it, in hindsight as well. Two most moving and personal stories in the narrative embrace the book as a whole - one starting the book and the other one ending it. These two will stand out in one's mind and remind the reader of the "Sniper:..." and of the war on terrorism that can harldy be won.
Read more
24 people found this helpful
Helpful
Report abuse

MArtha
4.0 out of 5 stars Decent
Reviewed in the United States on May 25, 2021
Verified Purchase
Expected a little more
Read more
Helpful
Report abuse

Dirk R. Williams
3.0 out of 5 stars Interesting but all over the board
Reviewed in the United States on March 2, 2013
Verified Purchase
I've read a lot of sniper books starting with Marine Sniper by Carlos Hathcock (sp?). This book contains anecdotal accounts of a variety of snipers largely in Iraq. It is interesting to hear how the various branches use snipers and how their tactics vary. What is missing is a core story and any sort of organization.
Read more
2 people found this helpful
Helpful
Report abuse

Chicago John
3.0 out of 5 stars Good, informative, not great
Reviewed in the United States on November 12, 2011
Verified Purchase
Having recently read another work in this genre, "House to House", which is deserving of five stars, "Sniper" isn't. Everything is relative. It's an interesting series of vignettes, many a bit repetitive, which do a good job of describing the role of the sniper in modern warfare. The authors cannot go into great detail as to methodology since that is classified, but they provide a decent picture of this "asset" through direct reports of experiences snipers have had in Iraq and Afganistan.

I think my favorite chapter was 12 describing how a prominent terrorist was taken down. The book gives you a good sense of the unique characteristics a good sniper has to have, the sacrifices those who pursue this course endure, and the difficulties they often have getting command to utilize them to their highest potential.
Read more
3 people found this helpful
Helpful
Report abuse

rickc
5.0 out of 5 stars Though provoking
Reviewed in the United States on September 13, 2018
Verified Purchase
It's about the dedication of these individuals to being the best, and having the dicipline to pull the trigger or not.
Read more
Helpful
Report abuse

Diggie
5.0 out of 5 stars As close as it could be
Reviewed in the United States on October 8, 2010
Verified Purchase
Being someone that has participated in sniper operations in both Afghanistan and Iraq I can say that this is the first, and only, authentic sniper book that has been published during the current conflict. Being a avid reader, I will pick up anything that has to do with the military. Unfortunately I have found very few realistic, authentic accounts of current combat operations. Sniper goes to great lengths to cover all aspects of sniping in the Global War on Terrorism. I like the fact that short stories were used, the reader gets to see the differences between conducting sniper operations within a city and out in the rural areas, as well as how different units and branches of the military operate. The folks interviewed were superb professionals, I know this because I get to work with them. Great book Gina and Matt.
Read more
81 people found this helpful
Helpful
Report abuse
See all reviews