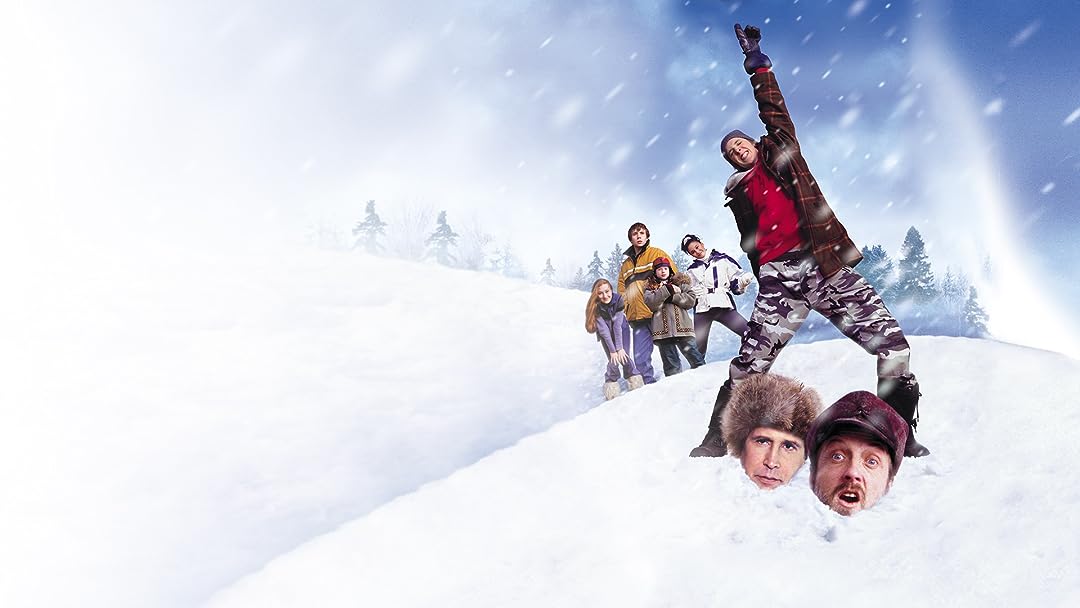 Leaves Paramount+ in 10 daysRentals include 30 days to start watching this video and 48 hours to finish once started.

Richard P.Reviewed in the United States on February 24, 2021
4.0 out of 5 stars
A Guilty Pleasure, Snow Day Kind of Film
Verified purchase
It's undeniable that I would be happy watching Chris Elliott read the phone book. I've long been a fan of the under-appreciated Elliott and while his work here sure didn't make him a household name it was a nice use of his comedic talent.

This is your fairly run-of-the-mill family film made better by a quality cast including the aforementioned Elliott as a rather demented snow plow driver and the lovely Jean Smart as a distracted mother. In case it's not obvious, "Snow Day" is centered around a snow day. A school in upstate New York has an unexpected snow day and the kids band together to do whatever it takes, including hijacking the small community's snow plow, to keep the school closed.

Yes, there are too many story threads and some of them don't get near enough attention. Yes, the special effects are antiquated in the film from year 2000. Yes, you pretty much know exactly where it's going to go and it goes there.

Emmanuelle Chriqui is here as a teenage love interest for the young nerdish Hal (Mark Webber) while, of course, there's a more reasonable love interest on the side waiting for things to happen.

There are basically four plots going on at all times, though it's when the kids are on the screen that the film picks up pace. This film was a box-office success making $62 million off a $13 million budget. It's become somewhat of a cult classic, or at least as much of a cult classic as a family film can be. Elliott seems to be one of those actors everyone loves, but he's just never really become the household name he's deserved to be.

I re-watched the film recently during a big winter storm here in my hometown and I laughed as much as I always do. Occasionally sweet and frequently silly, "Snow Day" is a fun little film for the kids that the whole family can enjoy.

E5USMCReviewed in the United States on December 25, 2020
2.0 out of 5 stars
Wow...
Verified purchase
Ok, so maybe I'm too old for this film- though it was made when I was younger. That being said, this movie bombed in my mind. Again, this is probably because I'm older now and what is interesting and funny to kids just doesn't thrill me anymore.

First off, I'll hit the high points of the film. The main characters love interest and the girl chasing him are the strongest characters within the entire film. I felt as though they were fleshed out far better than anyone else and that the movie actually told their struggles better and more succinctly than anyone else's. While this is great from a characters perspective- it sucks when you don't really see any growth in the main characters. You could argue that the protagonist does grow, but his growth is marred by his being rather flat throughout the majority of the film.

The biggest issue for me was the Snow Plow Man. How... In... The... Heck... Did... He... Not... Get.. ARRESTED! Seriously- where are the parents within this entire film? There are HUNDREDS of kids being terrorized by him- some nearly buried alive in a snow cave by his reckless behavior and not a single parent comes out to do anything?

And the crux of the film as a whole fails on many levels- the snow day is already a weak place to begin, and the idea of doing something with your time that is meaningful is the only thread within the entire film that works. But this is marred and belittled by their quest to get another day off from school, and their battle with the snow plow driver who should be in jail awaiting kidnapping and attempted murder charges.

On the whole, I'm not sure what we're supposed to get out of this film. It's not that funny, the lessons are kinda lame, and the main characters (outside of love interest numbers one and two) are boring. If you like Nickalodean movies, you may like this, but if you want something with some decent lessons and comedy that actually gets you to laugh, look somewhere else. The Princess Bride comes to mind...

D. LieblerReviewed in the United States on April 24, 2019
4.0 out of 5 stars
Need a break?
Verified purchase
So it's not officially Winter yet. Why not bring it back for a few minutes?
Yes it's a family movie.
Yes there is love and romance.
Yes it's a coming of age movie.
Did I ever mention a word about snow?
Bring all these together and you have fun for the entire family.
5 people found this helpful

Jaime ContrerasReviewed in the United States on March 10, 2020
4.0 out of 5 stars
Gritty zombue movie
Verified purchase
Yes, the FX are dated and the acting is only good but this Nazi zombie delivers the shocks and terror I remember when I first saw it as a teenager some 40+ years ago. Cushing has a smaller but effective role in this film.
3 people found this helpful

gamergirlReviewed in the United States on January 7, 2020
4.0 out of 5 stars
Great Movie, Arrived in Broken Case & Scratched
Verified purchase
Movie is great! Unfortunately, when it arrived the plastic circle that holds the DVD in place had broken. This had let my disc fly around inside the case during shipping. There were a couple surface scratches, but the movie played ok. Disappointed that it arrived in a broken case and scratched - but the movie is good, especially for kids.

Bonkers the CatReviewed in the United States on January 4, 2021
5.0 out of 5 stars
GREAT FAMILY MOVIE
Verified purchase
No shame in my game. I am 34 and I love this movie. It has it all, young love, mischief and Chevy Chase. This is a great movie for families, I can't wait to share it with my kids. Shipping was fast and dvd was in pristine condition!!
One person found this helpful

JOHN R VALDEZReviewed in the United States on October 12, 2020
5.0 out of 5 stars
Happy Holidays too all and too all a good night merry Christmas
Verified purchase
Omg this Christmas 🎄 movie is funny and has a tween teen love ❤️ story in it as well as family oriented storyline great Christmas movie for everyone merry Christmas muuah
One person found this helpful