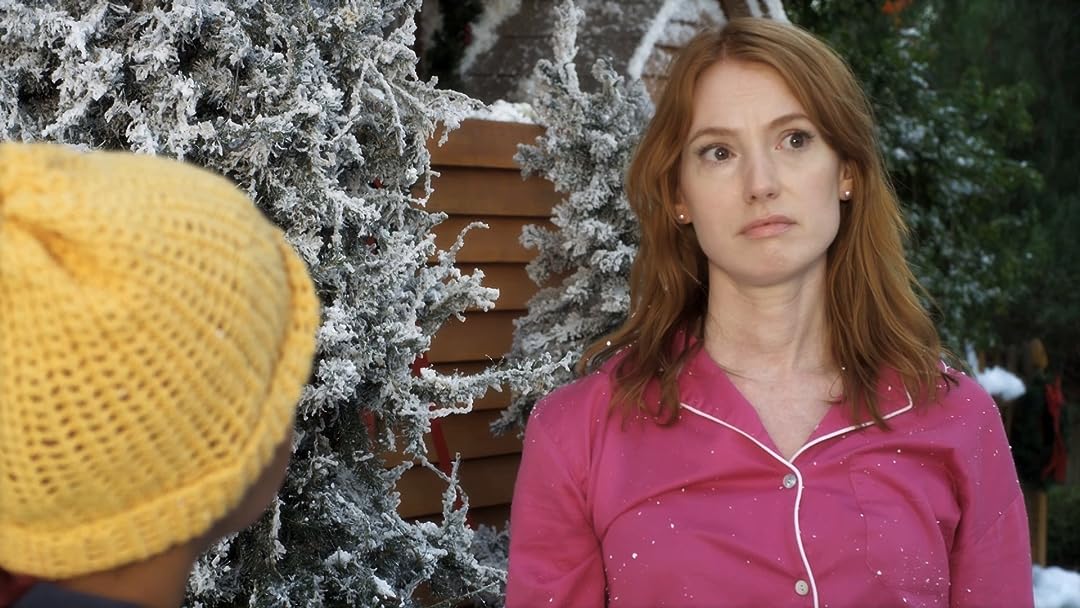 (658)
5.31 h 34 min2013ALL
A cynical TV exec looks at the perfect town inside a Christmas globe and is magically transported to it. When she wakes up in a perfect snow-covered town, married to a local woodsman, she discovers it's not all just a fantasy.

Sunshine on a Rainy DayReviewed in the United States on October 27, 2021
1.0 out of 5 stars
Worst Christmas movie ever
Verified purchase
Wow. I cant believe the high stars for this movie. It's not the actors' fault. They had nothing to work with. Bad direction, bad screenplay, cheesy upon cheesy everything. I fast forwarded through half of it hoping for even one redeeming moment. It didnt happen. I dont mind a little cheesy, but this one takes the cake.
4 people found this helpful

C.S. WhitmoreReviewed in the United States on December 19, 2014
5.0 out of 5 stars
Hang in there... it gets good.
Verified purchase
I originally bought this movie because I adore the movie Snow Globe. Initially I had a hard time getting into this movie, even though I'm a fan of all three main characters and especially enjoy Christina Milian and Alicia Witt, Christina's character Sal was too random and seemed like an afterthought, and Alicia's character Meg was not remotely likeable. But eventually, much as she did with the character of Ms. Burns in Last Holiday, Alicia Witt's character finally gets it and transforms from truly detestable to very likeable in the process. There were a couple plot twists I didn't expect, and at the very end Christina Milian's role of Sal makes total sense and fits perfectly into the story. Also, as a multiracial family, we enjoy seeing movies that feature families that look something like ours where the racial makeup of the family is not central to the conflict of the movie. While race is something we deal with regularly, in positive and negative ways, it's certainly not the only part of our lives. Too often, children's books, shows, or family movies are still monoracial, and those that are multiracial often focus on race to the exclusion of all else. Multiracial children don't see themselves and their families portrayed in any other context nearly often enough.
43 people found this helpful

Amazon CustomerReviewed in the United States on March 20, 2022
4.0 out of 5 stars
Very nice movie!
Verified purchase
Someone stated this was the worst Christmas movie ever. It is not I have seen some pretty bad movies and this is not one of them. I like the idea of the movie. It started out slow but it got better as it went along. You will enjoy this family oriented movie. The actors are likeable. I have seen most of them in other movies and TV shows and that is what attracted me to watch the movie. Do not be put off by others unkind reviews. Watch it for yourself and enjoy!

meReviewed in the United States on January 30, 2022
5.0 out of 5 stars
WAS NOT SURE AT FIRST...
Verified purchase
...but love Alicia Witt from CYBIL. Nice to watch a pleasant family rated film, that is actually for families with values. ********** 10 stars for a good Christmas tale, skipping the past and present GHOSTLY VISITATIONS and giving us a positive visitation of a possible CHRISTMAS FUTURE.
One person found this helpful

Richard LittrellReviewed in the United States on January 15, 2018
3.0 out of 5 stars
A real Disappointment
Verified purchase
I bought this movie on a whim and at a great price. I liked the actors in it so I took a chance. The basic storyline is a heartless director played by Alicia Witt is going to make everyone work through Christmas to finish a film. Before that happens she winds up getting knocked unconscious and wakes up in a different life which causes her to change as a person as the movie progresses and she goes through several situations which help her to see what life is really all about.

I am usually a sucker for this kind of movie, but the storyline and the acting were weak and I think I am going to donate this dvd to the library.

C. HendersonReviewed in the United States on September 13, 2018
1.0 out of 5 stars
Decent cast wasted
Verified purchase
I like the leads in this "road not taken" movie, but nothing worked. I don't know whether to fault the director or the writer but they managed to make a "what if" movie that was not really watchable. I have seen Alicia Witt in a number of made for TV movies and she had generally been successful whether she was in a drama or romcom. Unfortunately in this she just seemed to be trying too hard to make bad material entertaining.
3 people found this helpful

Stan HeckReviewed in the United States on September 10, 2016
4.0 out of 5 stars
Sweet Film
Verified purchase
A cynical TV exec looks at the perfect town inside a Christmas globe and rants about how the holiday movies she produces are as fake as the ornament. She throws it against the wall and it bounces back and knocks her out. But when she wakes up in a perfect snow-covered town, married to a local woodsman, she discovers it s not all just a fantasy.

The film is really a first class production. The story is a little bit of a retread of better films however its so well made you can't get mad. Alicia Witt seems to be in every other Christmas movie that gets made. It was also so sweet to see Donald Faison be romantic. This film is family safe. It so safe that if your single the film might even change your life. Watch and enjoy.

djaybxReviewed in the United States on March 1, 2022
4.0 out of 5 stars
Very sweet
Verified purchase
I'm glad I stopped to watch this movie. It's a feel good movie, nothing too deep, based on the reformed Scrooge idea, but done simply in current times. Nice break from all the grim mess we're in now.
See all reviews
Back to top
Get to Know Us
Make Money with Us
Amazon Payment Products
Let Us Help You
EnglishChoose a language for shopping. United StatesChoose a country/region for shopping.
© 1996-2022, Amazon.com, Inc. or its affiliates