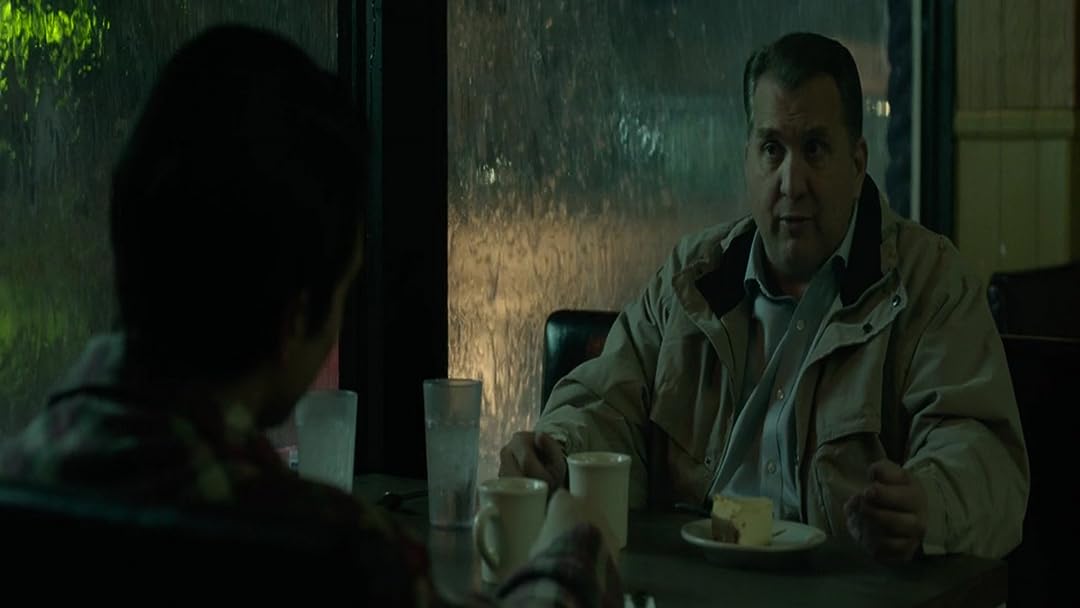 (972)
7.41 h 29 min201516+
Reveals the events behind Kurt Cobain's death as seen through the eyes of Tom Grant, the private investigator that was hired by Courtney Love in 1994 to track down her missing husband (only days before his deceased body was found at their Seattle home. Doubts have circulated for twenty years as to the legitimacy of this ruling.

Reviewer of Books and Other Sundry ItemsReviewed in the United States on August 11, 2018
5.0 out of 5 stars
When Will Kurt Cobain Get Justice?
Verified purchase
Kudos to Tom Grant for never letting go of this case, sticking to his guns and sticking to the facts. This is the best documentary on the subject of the murder of Kurt Cobain to date, very well done. You might want to watch "Kurt & Courtney" too, and it would be worthwhile to do so, but watch it with a grain of salt. The filmmaker of that documentary evidently doesn't believe that the amount of heroin in Kurt's system was automatically fatal (it was).

"Soaked In Bleach" is in many ways the movie version of the exceedingly well-documented Max Wallace and Ian Halperin book "Love & Death," which is highly recommended. Stay away from "Heavier Than Heaven" by Charles Cross. Or read it with the full knowledge that it is Courtney Love's version of how she would like the story told.

Five out of five stars. If you care about what really happened to Kurt Cobain, Soaked in Bleach is a must. Kurt doesn't deserve to go down in history as a suicide. He was not remotely suicidal.

Michael M.Reviewed in the United States on March 20, 2020
1.0 out of 5 stars
Poorly done investigative doc
Verified purchase
This documentary uses interviews with friends from high school but not any band members. The investigator doesn't say how long he worked for the LA Sheriff's Dept or why he left (which is strange to leave that job for an investigator job unless you are retired or injured). The investigator must have not talked to many drug addicts in his career. He says her story was strange and contradictory. That's about par for her situation. This is just a money grab. Don't waste your time.
If you love conspiracy documentaries that don't include all the facts so a story can be framed in a specific way, this is the documentary for you.
21 people found this helpful

daviscReviewed in the United States on January 15, 2020
5.0 out of 5 stars
Credible
Verified purchase
At the time of Cobain's death many people questioned the authenticity of the Seattle Police Department investigation, those of us who lived in Seattle at the time knew how corrupt and inept the department was during the 1990's. This documentary raises great questions using credible evidence and thoughtful, logical questions that should be addressed. Want conspiracy theories to stop? Then turn over all the collected evidence to an independent task force and see where it goes.
18 people found this helpful

AdrienReviewed in the United States on July 26, 2017
5.0 out of 5 stars
Either way, it's a systemic issue.
Verified purchase
The glaring fact that he had 10x the normal dose of heroin in his system is the one fact all these skeptics are forgetting. Can't say I've ever done heroin myself. But, from what I hear from addiction expert Dr Gabor Mate, it doesn't seem like you would be suicidal after shooting up. Maybe before, or after coming down, but not during. Of course it was possible that he was suicidal. But, given what I know about how the world works, CL had a great motive to kill KC and seems statistically more plausible for her to have killed him for those very reasons. Women kill their husbands or destroy them in divorce court all the time so they can get access to their wealth so they never have to work again. This is what our system produces.

So, let us say that even if KC offed himself, you can't deny that other women kill their husbands for the very same suspected motives. My point here is that it is a systemic social issue. Not just personal. Murdering people is profitable, especially if you can afford good lawyers. They could reopen the case and maybe find her guilty. But it won't address the root of the problem. Husbands will still get murdered for their wealth. Or social system overwhelmingly favors women. Watch The Red Pill.
39 people found this helpful

Jason C.Reviewed in the United States on March 24, 2020
1.0 out of 5 stars
Tom Grant is an attention seeker - always has been.
Verified purchase
If I could give this 0 stars, I would. Tom Grants deluded conspiracy theory doesn't hold any water. There are holes in it everywhere. Every single angle he takes is easily explainable by much more rational explanations. He's been seeking attention ever since the situation began. I followed it closely back in the mid-late 90's and this guy was always looking for attention and looking to make an extra buck. I can't believe anyone funded this trash film. It's also unfortunate that some people actually believe his drivel. If you want to watch a good documentary, check out montage of heck.
13 people found this helpful

TriReviewed in the United States on January 3, 2016
5.0 out of 5 stars
Straightforward documentary - emphasis on negligence what was made it interesting
Verified purchase
I rarely review videos; but I thought this was a well done documentary giving you one side of the story in the whole Kurt Cobain death fiasco. As with all documentaries, I tend to watch them with one eye open since I know there are always multiple sides to every story as well as different interpretation of the facts.

The movie's focus on the handling of the situation by the Police rather than the details that lead up to the death are what I consider its best parts. Conspiracy theories or not, the protocol in which the "crime" scene was handled and the events following thereafter were way out of line and that's what I really took away from Soaked in Bleach. What you feel about the people involved can be more of a personal thing; but the negligence of law enforcement in the movie is the real eye opener and what resonated with me to the end. I hope any potential watchers reading this review keep that in mind as you go through it.
35 people found this helpful

ReviewerReviewed in the United States on August 8, 2018
5.0 out of 5 stars
A look at Courtney Love's thinking process.
Verified purchase
Even if you think Kurt killed himself, this film will make you wonder what was going through Courtney Love's mind. Why would she say such stuff to this investigator? She comes off as really cold and calculating in the taped telephone calls.
21 people found this helpful

Patti58Reviewed in the United States on April 10, 2019
5.0 out of 5 stars
Excellent
Verified purchase
Very informative and well done documentary surrounding the death of Kurt Cobain. I wonder if any of this information would have been brought to light if private investigator Tom Grant hadn't be hired. I'm glad there are still people out there like him that believe the truth matters. The case of Cobain's death should definitely be re-opened, especially considering the sloppy, unprofessional work of the Seattle Police Department during the immediate aftermath of his death. Whether Courtney Love had anything to do with Cobain's death is for qualified investigators to decide but as far as I'm concerned Kurt Cobain's biggest mistake of his life was marrying her. She's a disgusting, obnoxious human being. Hopefully, someday, people will know the truth.
7 people found this helpful
See all reviews
Back to top
Get to Know Us
Make Money with Us
Amazon Payment Products
Let Us Help You
EnglishChoose a language for shopping. United StatesChoose a country/region for shopping.
© 1996-2021, Amazon.com, Inc. or its affiliates