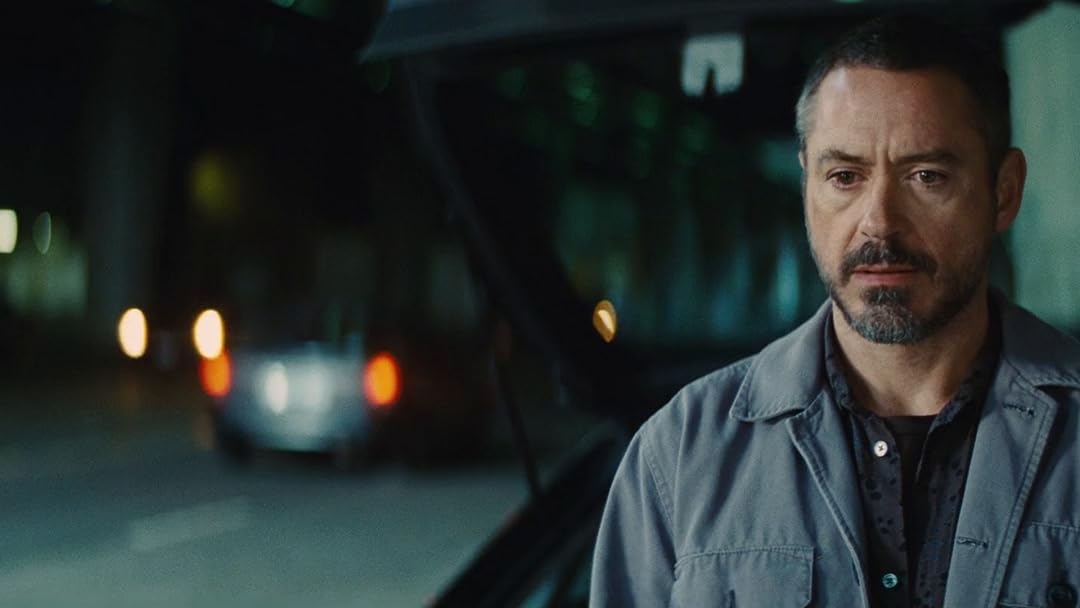 (1,046)
6.71 h 57 min2009X-RayPG-13
The true story struggles of Nathanial Ayers, a cello prodigy who became homeless after suffering from mental illness, is brought to the public's attention when a newspaper journalist discovers him on the street and pens a best-selling book.

TEotWawKIReviewed in the United States on September 6, 2018
3.0 out of 5 stars
A beautiful movie that misportrays paranoid schizophrenics
Verified purchase
This movie is great, aside from the scene where the assault happens. Schizophrenics may get upset easily, but they are less violent than the normal populace. This portrayal points schizophrenics in a bad light, as if treating them like human beings is likely to lead to violence.

I'm not saying there are no violent schizophrenics, but they are so rare that to emphasize it so much here seems almost like the original author of this story was exaggerating Nathaniel's response out of fear or out of the fact that mentally ill people are possibly the last group of folks in the western world who don't get equal protection against slander, discrimination, or far worse. Note how they show almost no formative events leading to Nathaniel's condition. If they showed a broad pattern of abuse and/or trauma in his earlier life (which is absolutely the case with pretty much all paranoid schizophrenics and the abuse and trauma may seem small to the outsider but they were enough to shatter the schizophrenic's grasp of reality, so between genetic predisposition and traumatizing experiences in life, people generally aren't born with schizophreniform traits, at least not overt ones - it often takes triggers and usually some really rough experiences to bring out that kind of alienation and disassociation with reality).

If we treated schizophrenics like people instead of shunning and overmedicating them, we will almost certainly find that they are not so different from regular folks - they just see things differently, and some drug therapy combined with a good faith effort to find them fulfilling places in society would do far more than just labeling them and treating them like lesser people.

RiggoReviewed in the United States on August 26, 2018
5.0 out of 5 stars
Enlightening! Bravo!
Verified purchase
Wonderful movie about a brilliant musician that comes down with schizophrenia. I have a sister with schizophrenia, so I am so grateful to see movies like this that portray the mentally ill. It is devastating to watch someone succumb to this illness. They are beautiful people and we could learn ALOT from their struggles....and, maybe treat others with more compassion/kindness without judging. :)
37 people found this helpful

Dorothy JohnsonReviewed in the United States on September 16, 2018
5.0 out of 5 stars
It took two of the best to do this story justice
Verified purchase
The portrayal by Downey and Foxx brought a sensitivity to this tragic, yet moving true story. All a lay person can do for the mentally (and even physically) ill is to befriend them, show them a bit of kindness. Sometimes simply being a friend to another can make all the difference in his or her quality of life. No, we can't cure them, but we certainly can make a difference. I had no idea it was a true story until the end. I'm so glad this story was told, and that two of the best actors in Hollywood were chosen to bring it to light! Kudos all around!
19 people found this helpful

MichaelReviewed in the United States on February 2, 2020
5.0 out of 5 stars
Uplifting and shot on REAL location Skidrow in Los Angeles
Verified purchase
A reporter that finds a homeless man on skid-row try to help him regain his music skills. The reporter ends up getting attacked by the homeless man in his room and i thought that IRON man was going to beat his tale, but instead he ran away like a coward. in the end the homeless man had mental disabilities and was taken care of by his sister and lived in a room away from the street life. Very touching movie and shows that people of all backgrounds can run into very tough challenges and become street homeless. I recognignized all of the streets where they filmed this in Los Angeles. Tough area just to walk let alone the smell of human waste is overwhelming in the area! Movie was a 5 star!
7 people found this helpful

JudithReviewed in the United States on February 5, 2019
2.0 out of 5 stars
Beautiful, but hard to watch..
Verified purchase
This was a beautiful film, but very, very disturbing and hard to watch... I am a Nurse and have worked Psych, and I almost had to turn this off, as it got so intense and depressing... The best thing about this film is Robert Downey, Jr. ...I absolutely love him in this film...!! His expressions said more than dialogue could ever say and his character almost seemed unreal...like does anybody REALLY stay with something this crazy for so long, even if they are writing a piece on it for the L.A. Times ?- REALLY ? I guess so, because it was a true story.... My husband and I were exhausted after watching this ~ It's a story so beautiful, but also difficult to endure sometimes.... One thing it does do, is let you into the 'inside' of what schizophrenics experience...so very sad...
10 people found this helpful

evnsngReviewed in the United States on August 31, 2018
5.0 out of 5 stars
Wonderful
Verified purchase
I LOVED this. I remembered seeing a documentary about the homeless and the Lamp community in LA, with the cello player featured in real life. In the docu there weren't nearly as many homeless mashing around in so threatening a manner, and the life of the cellist seemed enviable.
I wonder how soon after (or before?) the docu was made did the journalist come along?
Great performance by Downey, depicting compassion for those perceived as less fortunate while misunderstanding their real need. The case worker (Nielsan Ellis in this movie) seemed to have it right.
13 people found this helpful

SRReviewed in the United States on August 31, 2018
5.0 out of 5 stars
To all the true music and people lovers
Verified purchase
I absolutely loved this movie. It captures what music means to me. Music and humanity. I cried like crazy watching this film, maybe because something about Mr. Ayers is so much like myself, my love of music and people. And so much about who I want to be is so much like Steve Lopez, his search for meaning, humanity, and beauty. This is a monumental film. I won't say anything else, except watch this movie. I loved it with every fiber of my being.
11 people found this helpful

CherryMReviewed in the United States on August 16, 2020
5.0 out of 5 stars
Charming and depressing as hell cuz it's true
Verified purchase
First you have 2 great actors, you're not going to go wrong with Robert Downy Jr and Jamie Fox.
It's about a newspaper reporter that happens upon a schizophrenic street musician/homeless person.
He wants to walk away from the situation but obviously the homeless talented man (Fox) is on his mind. He tries to help, there are ups and downs throughout the movie but the schizophrenia keeps popping up it's ugly head and interfering with any progress. I don't want to be a spoiler to give away the end but keep in mind this is about the homeless plight of mentally ill people in this country.

I remember when I was a little kid we'd drive by these mysterious depressing acreage of grounds with a large building in the center and high fences all around.. you never saw any people.. only stories of what went on in these places. Facilities for the mentally ill were so wrought with corruption and abuse, the federal government eventually shut them down nationally. But what do you do with the mentally ill? They claimed they'd go into private group homes which is a fantasy because 1) who's going to pay for it? 2) what neighborhood wants them in their area 3) how do they control those who may be harmful to themselves or others? It was a blunder that was never solved in this country, So now the mentally ill and people with challenges roam the streets all over this country and no one does anything about it. This is the United States. you want mental, dental, or any kind of healthcare you'd better be rich. Our tax dollars go to corporate welfare/corruption and military power.. and that's about it.
See all reviews
Back to top
Get to Know Us
Make Money with Us
Amazon Payment Products
Let Us Help You
EnglishChoose a language for shopping. United StatesChoose a country/region for shopping.
© 1996-2022, Amazon.com, Inc. or its affiliates