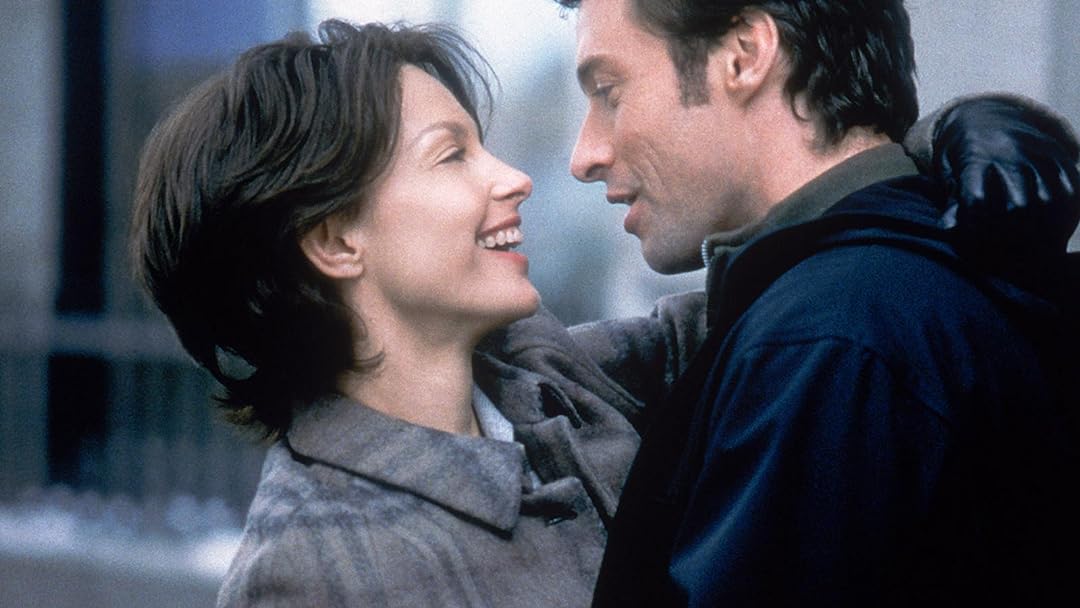 (3,606)
6.01 h 37 min2001X-RayPG-13
After being rejected by her boyfriend, a Manhattan talk show talent scout writes a column on the relationship habits of men, earns national fame, and a chance at a new romance.

CrittelReviewed in the United States on November 13, 2022
4.0 out of 5 stars
Is the volume low?
Verified purchase
When I watch this movie, it seemed like the volume was very low but I don't know if a DVD to do that or not? I put in another DVD and it was very normal and loud but I had jacked the TV up 30 notches more than usual for this movie because I really wanted to watch it one of my favorites I love Ashley Judd ❤️
One person found this helpful

Bob G.Reviewed in the United States on June 28, 2016
3.0 out of 5 stars
Recycling Humans
Verified purchase
the movie was mildly entertaining and competently produced but heavily oriented to "recycling" humans from one socially inflicted adverse relationship into yet another. Does nothing for the "old bulls" ripped off then thrown away via the feloniously enslaving then life destroying divorce racketeering industry and/or the psyche destroying object rape con dumb subversion of human relations (emphasized in the bathroom cabinet of the "next in line" male). But it does wonders for the fun and profits of the 57% successful divorce racketeering industry (not counting the males murdered in foreign wars created for the purpose and therefore never "divorced"). So Wholly Weird does its part to promote such naive ignoring of the realities of the monogamessy fraudocracy even sacrificing multitudes of its own players to the Article XIII abrogating recycling procedures and/or the "palimony" rewards to lesbian trespassers on the homes of well known Wholly Weirdians. Despite its negative implications, the quality of the production earned it the three star rating.
3 people found this helpful

Amazon CustomerReviewed in the United States on September 28, 2021
5.0 out of 5 stars
One of my favorites
Verified purchase
One of the few movies that I can watch over and over through the years!
3 people found this helpful

Rakisha K.W.Reviewed in the United States on January 17, 2004
4.0 out of 5 stars
A Clichéd but Pleasing Rom-Com
Verified purchase
"Someone Like You" is a short and likable romantic comedy based on the novel "Animal Husbandry" by Laura Zigman. In order to make it a more palatable movie, director Tony Goldwyn de-fanged the sharp bite of the book where all men are deemed scum and there is no happy, Hollywood romantic pairing waiting for heroine Jane Goodale (played by Ashley Judd on screen). But to the benefit of the film, toning down the book's bile makes Jane less an unlikable, dithering neurotic and more of a likable kook.
Ashley Judd does an excellent job with the script by combining emotional vulnerability and a solid comedic presence. She is at all times cute and adorable without sending a viewer into sugar shock. Hugh Jackman, in his first post-X-men role, brings a certain roguish charm and charisma to the chain-smoking and chain-f***ing Eddie. Besides her co-worker and roommate, Eddie is also Jane Goodale's living, breathing proof of her wacky theory that men are neophiliacs, and lose interest in women once they have "been serviced." (She calls this her New Cow theory.).
When Hugh Jackman and Ashley Judd are both on screen, the chemistry between them crackle. It adds a depth and nuance to their performances and characters' development. Too bad we are denied the pleasure of seeing them consummate their eventual (and very obvious) romantic pairing.
Greg Kinnear does a good job of combining slimy and sincere as the man who breaks Jane's heart, and starts her spiraling toward her New Cow theory. Marisa Tomei steals every scene she is in as Jane's enabler, best buddy, and fellow soldier in the romantic war. Marisa's chain-smoking Liz makes one wish that the movie was from her point of view, and that we could have watched cynical Liz trade verbal jabs and longing looks with Jackman's equally cynical Eddie.
The subplot concerning Alice's, Jane's sister, infertility troubles doesn't add much to the plot of the movie except to show at least one man (Stephen, played by Peter Friedman) in a steady and monogamous relationship. Catherine Dent, who plays Danni in the F/X drama The Shield and Jane's sister, has the best line in the movie: "If you can't stick [that needle] in a Valencia, how are you going to stick in my ass?"
"Someone Like You" isn't as forgettable as the lame title suggests, because of top notch performances of its stars and some memorable lines. You want fall off your seat laughing, but you will find yourself with at least a pleasing smile on your face. A word to the wise, stop the movie 5 minutes before it is scheduled to end and you'll enjoy it even more.

Aisling D.Reviewed in the United States on October 22, 2015
2.0 out of 5 stars
Great cast, a respected director, and a film too boring to watch.
Verified purchase
This film did not impress me. After about 20 minutes of watching it, I realized that I didn't really care which actor found true love with any other actor. And, given the cast of this movie and the director, that's saying a lot.

I turned it off, utterly bored and unconvinced that anyone was emotionally committed to anyone else in the film, or ever would be. I didn't see any enthusiasm for their jobs. It was far too predictable, with nothing to keep me wondering (or caring) what the conflict in the movie was supposed to be, or if there would be a happy, more-or-less monogamous ending.
6 people found this helpful

RicsisReviewed in the United States on October 14, 2021
5.0 out of 5 stars
Sweet, funny story.
Verified purchase
And Hugh Jackman in the old days with Ashley Judd. Loved the movie at the theater - and loved it again all these years later. Just the perfect romcom.
One person found this helpful

13th floorReviewed in the United States on March 18, 2022
2.0 out of 5 stars
Just no
Verified purchase
As others have stated this was a waste of talent. Same stereotypical tripe. Except for the sex, it could be a Rock Hudson/Doris Day film. It's long past the 1950s yet the same regurgitation. Makes you want to slap somebody.

Kathleen M. TaylorReviewed in the United States on April 14, 2020
3.0 out of 5 stars
Corny, cliched but just the right thing
Verified purchase
My exceptions were low, and it was as cliched as the reviews said. But it was a good antidote to the awfulness going on now during the Coronavirus pandemic. Sometimes you just need a cliched rom com to cleanse your brain.
2 people found this helpful
See all reviews
Back to top
Get to Know Us
Make Money with Us
Amazon Payment Products
Let Us Help You
EnglishChoose a language for shopping. United StatesChoose a country/region for shopping.
© 1996-2022, Amazon.com, Inc. or its affiliates