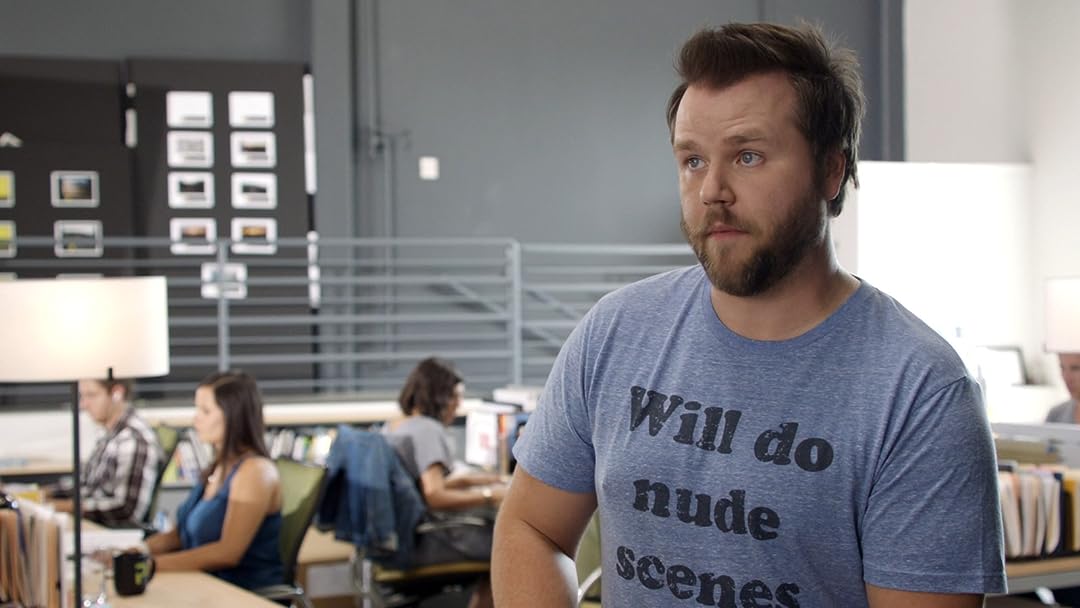 (219)
5.81 h 27 min2014X-RayUHD18+
In this hilarious romantic comedy, a trio of childhood friends schemes to find a wife for their socially inappropriate pal Barry (Tyler Labine, "Monsters University"). Their plan completely backfires when his new girlfriend Melanie.

Cheryl roddyReviewed in the United States on June 23, 2021
1.0 out of 5 stars
ok, im going to pick this movie apart in 5 minutes.
Verified purchase
first, the sound production is horrible. there's literally no bass to any of the tones to give voices any depth.
second, during the funeral, the "dead body" is breathing. you can clearly see it at 5 minutes 26 seconds. good job apparent "dead guy" actor.
third. it's just a stupid concept. yeah it's funny, we all have a friend that is that guy, or we did, but it's just not interesting enough for a movie.
fourth, it's just dead humor all the time. do better next time writers

WoptidupalidaReviewed in the United States on June 16, 2022
1.0 out of 5 stars
Dumb
Verified purchase
Like most recent comedies, and I use the word "comedy" very loosely, it is unnecessarily vulgar and irreverent. It's the only "trick" untalented movie directors and actors have up their sleeve these days: use vulgarity, crude insults, respect nothing, ridicule situations that ought to be off-limits making the whole act sad and creepy, - to mask the lack of actual humor. Not funny! The public must demand better entertainment. People have become complacent and give 5 stars to things that deserve none. What is the incentive to make better movies then I ask? The solution for many who care about their minds will be to quit watching movies if that's all you can offer.
2 people found this helpful

CherryMReviewed in the United States on April 14, 2021
2.0 out of 5 stars
Barf
Verified purchase
It can't be a cute movie if the 2 people that are disgusting are sooo disgusting it makes you want to barf and there's just nothing comedic, entertaining or 'cute' about it.

They went way overboard with the grossness of this movie.. downright sickening.
6 people found this helpful

SkywalkerReviewed in the United States on June 13, 2022
5.0 out of 5 stars
Growing Up into Adulthood with Out of Control Childhood Friends
Verified purchase
Nice change from all crime and violent movies nowadays. Barry is a refreshing subject about childhood relationships that have morphed into adulthood. The bad situations and poor decisions that occur in growing up with zany lifelong friends.
This reminds me of one of my friends. Took my car, left me stranded at an outdoor rock concert 1000 miles away from home. She drove off with 2 guys! I had to hitchhike home. We are still friends to this day! There is a bond and a forgiveness factor. Boundaries had to be set during those teen years to continue this friendship. After all, there were so many good times, adventures, & secrets kept from our parents. None of us do stuff like this anymore.
All of the characters have flaws as well. His friends were willing to accept those and move on.

sandyReviewed in the United States on June 12, 2022
3.0 out of 5 stars
Hilarious! Spoiler
Verified purchase
I literally laughed until I cried during this movie, even when I watched it again.

Apart from that scene, the movie definitely reminded me also of The Hangover; really funny.

TulliaReviewed in the United States on July 25, 2018
2.0 out of 5 stars
Barry Is A Declasse Clod
Verified purchase
Barry is a crude, ill-mannered, declasse clod who brings a lot of misery upon his friends. He gets one good friend fired because of his indiscreet remarks. He brings about the end of a relationship of another good friend who was about to propose marriage when he performs a vulgar act. His friend's girlfriend gives him a choice: Get rid of Barry, or I'll never see you again. Quite frankly, it is a good choice.

This is a most decidedly unfunny film.
6 people found this helpful

Kelly CooperReviewed in the United States on June 16, 2022
4.0 out of 5 stars
The Only One to Marry Barry
Verified purchase
This movie is an exaggerated romantic comedy. The most extreme friend, Barry, is that guy who never green up, continued to engage in juvenile behavior but yet he was loyal to his childhood friends. Barry's friends on the other hand, appeared to have it all together until the mishaps of Barry's irresponsible behavior exposed areas of their life where they needed to mature as well. Ironically, Barry's love interest, was a mere image of Barry, who quickly grew to realize her faults. Barry's faulty transparency, loyalty, and blunt words caused you to fall in love with him and the rest of the characters.

Jeffrey B. DolezalReviewed in the United States on June 4, 2022
2.0 out of 5 stars
Gotta really stupid half an hour into the movie....
Verified purchase
Was pretty entertaining at first then got to the part where they met in the cab and just had to turn it off. Just wasn't funny how two stupid vile people connect....
One person found this helpful
See all reviews
Back to top
Get to Know Us
Make Money with Us
Amazon Payment Products
Let Us Help You
EnglishChoose a language for shopping. United StatesChoose a country/region for shopping.
© 1996-2022, Amazon.com, Inc. or its affiliates