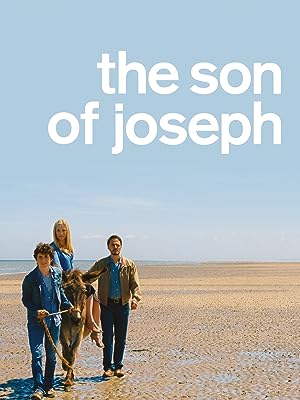 The Son of Joseph

(15)
6.51 h 53 min201613+
A nativity story reboot that gently skewers French cultural pretensions, it features newcomer Victor Ezenfis as a discontented Parisian teenager in search of a father with Mathieu Amalric and Fabrizio Rongione as his, respectively, callous and gentle alternative paternal options, and Natacha Régnier as his single mother.

Fred BlakesleeReviewed in the United States on July 10, 2017
5.0 out of 5 stars
Bravo!
Verified purchase
I really enjoyed this movie; the French/indie style may not be to everyone's liking, but the plot is simple, yet fascinating, and the acting (albeit intentionally and stylistically over-pronounced and rigid) is fantastic. The film has an odd tilt, almost Napoleon Dynamite-esque (as an American comparison), but it proceeds to address significant religious and cultural themes in its own quirky way.

The movie certainly takes time to develop, but crescendos into an uplifting and fulfilling story (and has decent moments of humor along the way). Newcomer Victor Ezenfis, lead actor in the movie, certainly has a future in cinema. An added benefit for those who speak a little French is that the dialog is very crisp and formal, and without significant use of slang, and thus can be more easily understood (even without the subtitles) than in many French films. Bravo!

Susan TylerReviewed in the United States on June 3, 2019
5.0 out of 5 stars
Question
Verified purchase
I would like to give it five stars but I am not able to play it. It comes up with "Invalid Region". Any ideas?

H PETER HOGUEReviewed in the United States on September 23, 2017
5.0 out of 5 stars
outstanding
Verified purchase
One of the best films of the year.
One person found this helpful

I'd wanted to see "The Son of Joseph" (Le fils de Joseph) since it made the festival circuit last year. I loved it so much that I'm still thinking about it nearly a week later. It's unique, interesting, cringe-inducing, and the cinematography is fascinating. If you've seen Eugène Green's "La Sapienza," it is nearly identical stylistically. At times actors directly face the camera while talking to one another, and their movements and language can be stilted and self-conscious.

A brooding teenager, Vincent, laments that he doesn't know who his father is, and finds a note that reveals he is not a man named Joseph, as the title goes, but Oscar (Mathieu Amalric). Oscar is a wealthy boor. Vincent strikes up a friendship with Joseph (Fabrizio Rangione), whom he doesn't realize is Oscar's brother. His mother's name is Marie (~Mary), the man's is Joseph, and such begins our intellectually-quirky nativity story.

If you're turned on by cinema, this is for you. You'll think and feel and perhaps laugh - from its style, characters, performances, and the way the plot unfolds and pulls together the pieces. There's also some suspense with the whole who's-his-daddy thing and how Vincent, Joseph, Oscar, and Marie might learn what each doesn't know about their relationships to one another.